Portrait of a Jewish sister and brother wearing armbands in the Rzeszow ghetto. 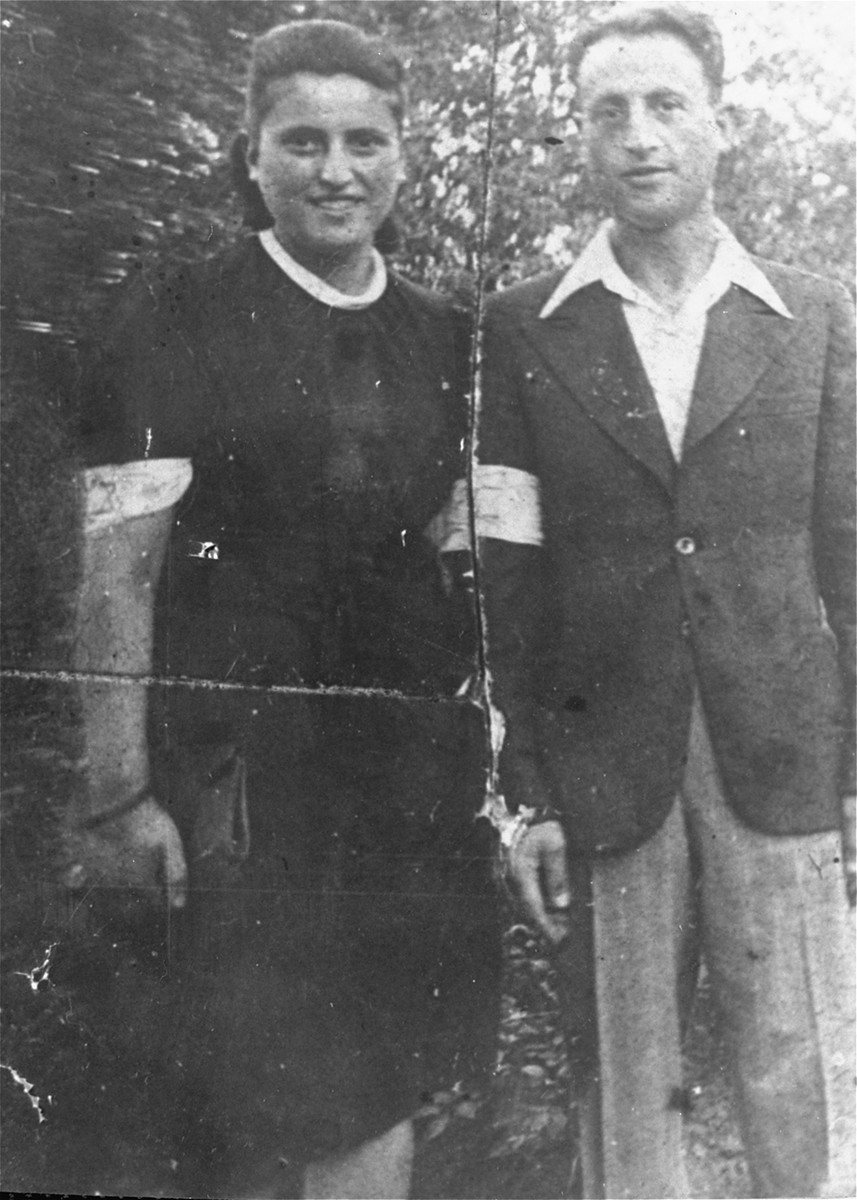 Portrait of a Jewish sister and brother wearing armbands in the Rzeszow ghetto.

Pictured are Moniek and Minia Heber.

Event History
In 1939 approximately 14,000 Jews lived in Rzeszow. German troops occupied the city on September 10, 1939 and immediately began repressive actions against the Jews. In December 1941 a formal, closed ghetto was established. A campaign against the Jewish leadership resulted in the shooting of 35 people in late April and early May 1942. In June 14,000 Jews from the surrounding district were resettled in Rzeszow. These Jews, together with about 8,000 from the city, were deported to Belzec in a mass action that took place on July 7-13, 1942. On the way to the railroad station in Staroniwa, 238 people were killed on the spot, while another 1,000 were taken to the nearby Rudna Forest and shot there. On August 8, 1942 about 1,000 women and children were deported from the ghetto to the Peikinia concentration camp, where they were soon killed. In November 1942 only about 3,000 Jews remained in the Rzeszow ghetto, which was converted into a labor camp. This camp was divided into two isolated sections: Camp A for forced laborers and Camp B for their families. In September 1943 the inmates of Camp A were transferred to the Szebrica labor camp, where most perished. Those in Camp B were deported to Auschwitz in November 1943. A group of 200 prisoners remained behind to gather up the personal property of the former inmates. Of that group 60 escaped and the rest were transferred to the Plaszow concentration camp.
See "Rzeszow" in Encyclopedia of Camps and Ghettos, Volume 2 Part A.
See Also https://www.ushmm.org/wlc/en/article.php?ModuleId=10005070.
See Also https://www.ushmm.org/wlc/en/article.php?ModuleId=10005593.
Biography
Moniek Heber (later Morris Heber) was born in Lozd, Poland. His father's name was David Leib Heber, and he had at least one sister, Minia. During the war, Moniek lived in the Rzeszow and Tarnow ghettos, and was for some time in hiding in the woods of Galicia. His father and sister perished in Auschwitz. Moniek married Minia Markowitz, who born in Dzialoszyn, Poland, lived in Lodz before the war, and in Czestochowa during the war.