Studio portrait of a Jewish child posing on a chair in Sverdlovsk. 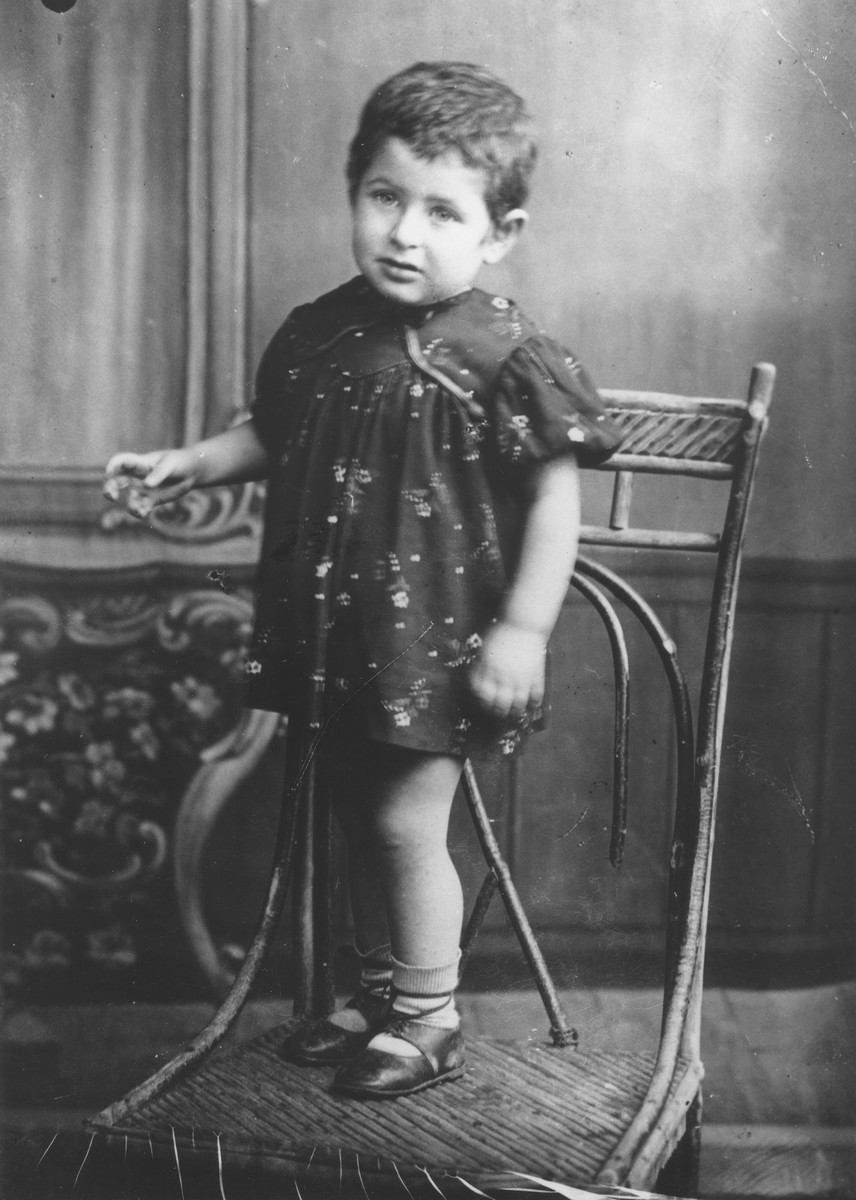 Studio portrait of a Jewish child posing on a chair in Sverdlovsk.

Pictured is Frieda Rudashevsky, the cousin of donor Cilia Rudashevsky, who was born in prison in Sverdlovsk. Frieda's family returned to Vilna before the German occupation and she perished in the Vilna ghetto.