Group portrait of a kindergarten class at the Reali Hebrew gymnasium in Kovno dressed in costume for a Purim performance. 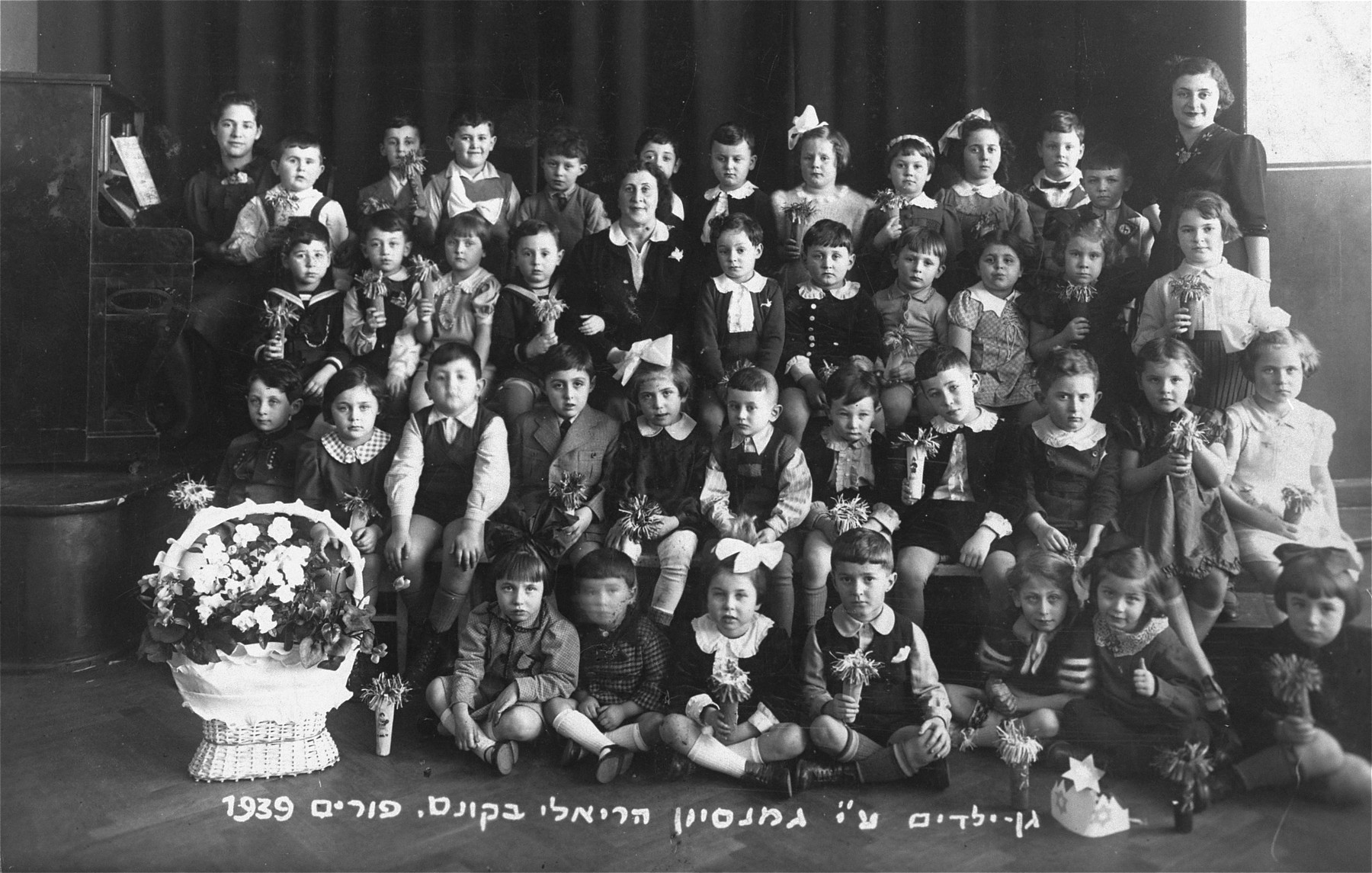 Group portrait of a kindergarten class at the Reali Hebrew gymnasium in Kovno dressed in costume for a Purim performance.

The Hebrew caption reads, "Kindergarten of the Reali Hebrew gymnasium in Kovno, Purim 1939." Among those pictured is Motel Ginzburg (second row from the front, sixth from the right), a cousin of the donor who perished during the war.

Biography
Hana Trozki was a Jewish teenager from Kovno. This photograph is one of a collection of prewar and ghetto images that she pasted into a multi-volume journal. She kept the collection throughout the war and buried it beneath the ghetto before going into hiding in the summer of 1944. Hana Trozki, who was a member of the Irgun Brit Zion Zionist youth movement, was among the approximately 2,000 Jews remaining in the Kovno ghetto in June 1944 after the mass deportation actions that were to have liquidated the ghetto. These Jews had evaded capture by escaping into a number of malinas (bunkers and other hiding places) in the ghetto. With the Red Army fast approaching the city, the Germans initiated an action on July 8, 1944 to "smoke out" the remaining Jews. Hana died in the action, but not before preparing a will indicating the three hiding places in which she had stowed the volumes of her journal. These were recovered by her sister, Sara Trozki (now Koper), who, together with her mother, had survived imprisonment in the Stutthof concentration camp and returned to Kovno in June 1945. Fearing the consequences of being caught by the Soviet authorities with the journal, Sara removed the photographs and burned the three notebooks containing the text of the journal. Sara and her mother were the only members of the immediate family to survive the war. Her father, Israel, and brother, Itzhak Zeev, perished in Dachau.