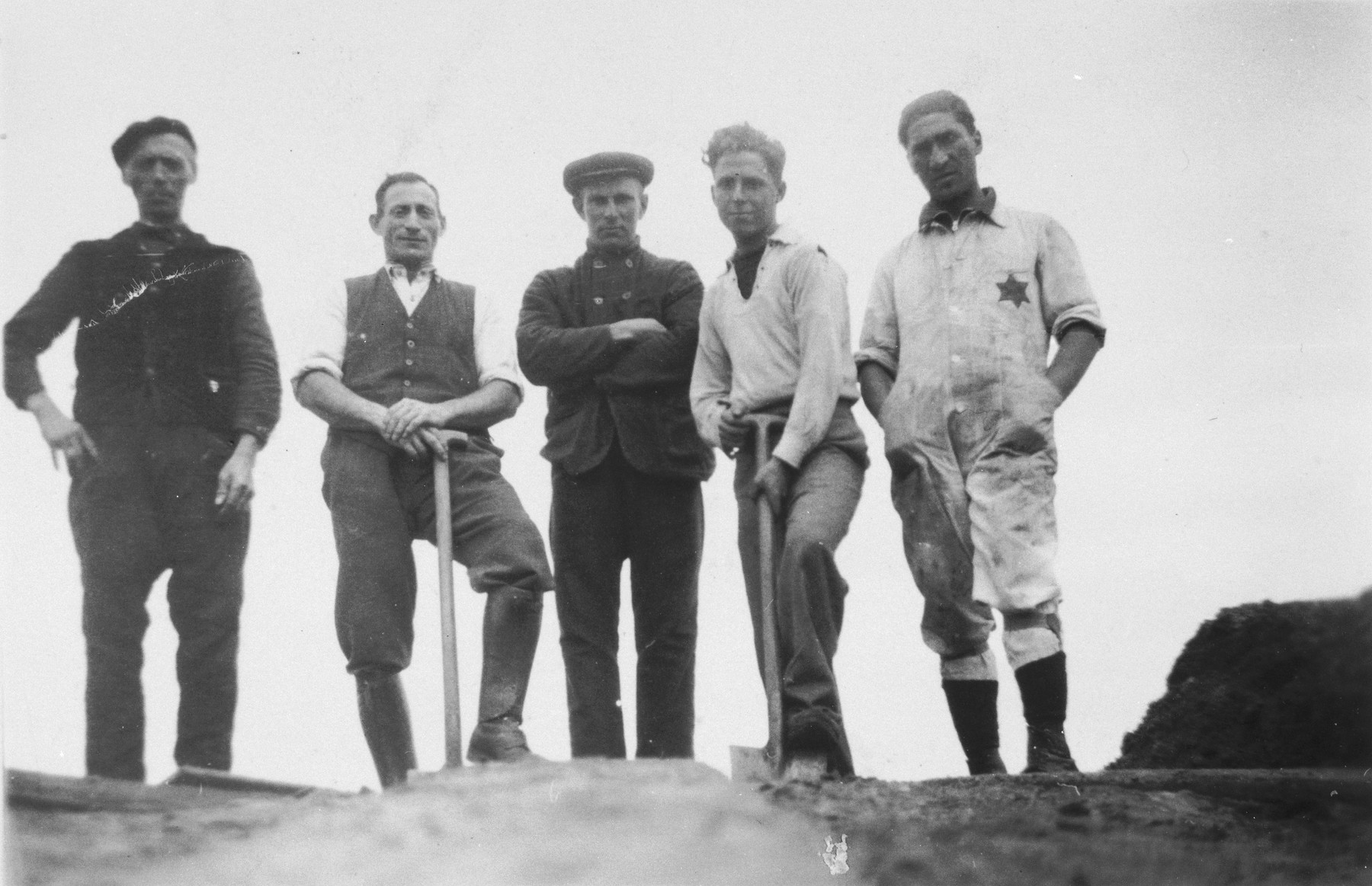 Coenraad Rood, the donor, is standing first from right and Moses Cohen is second from left.