Portrait of Israel Pilownik (Teyve), a participant in the Christmas 1943 escape from Fort IX. 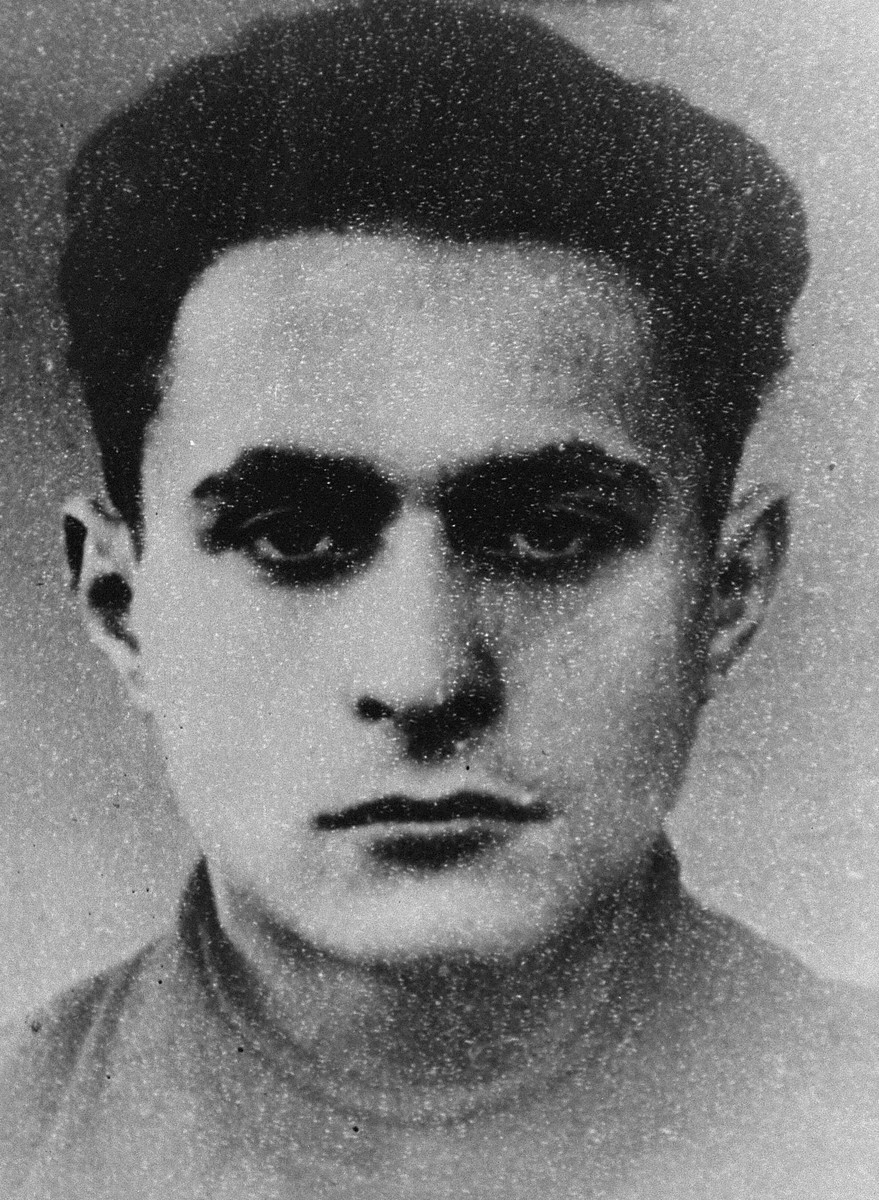 Portrait of Israel Pilownik (Teyve), a participant in the Christmas 1943 escape from Fort IX.

See https://www.ushmm.org/wlc/en/article.php?ModuleId=10005174.
See Also "Kauen Main Camp" in Encyclopedia of Camps and Ghettos Volume 1 Part A.
Biography
Pilownik served as a guide for the partisans bringing Jews back and forth from the ghetto to the Rudninkai Forest. He was discovered by police near Kovno and killed in action in May 1944.