Group portrait of members of an Hungarian Jewish labor battalion in Muckachevo. 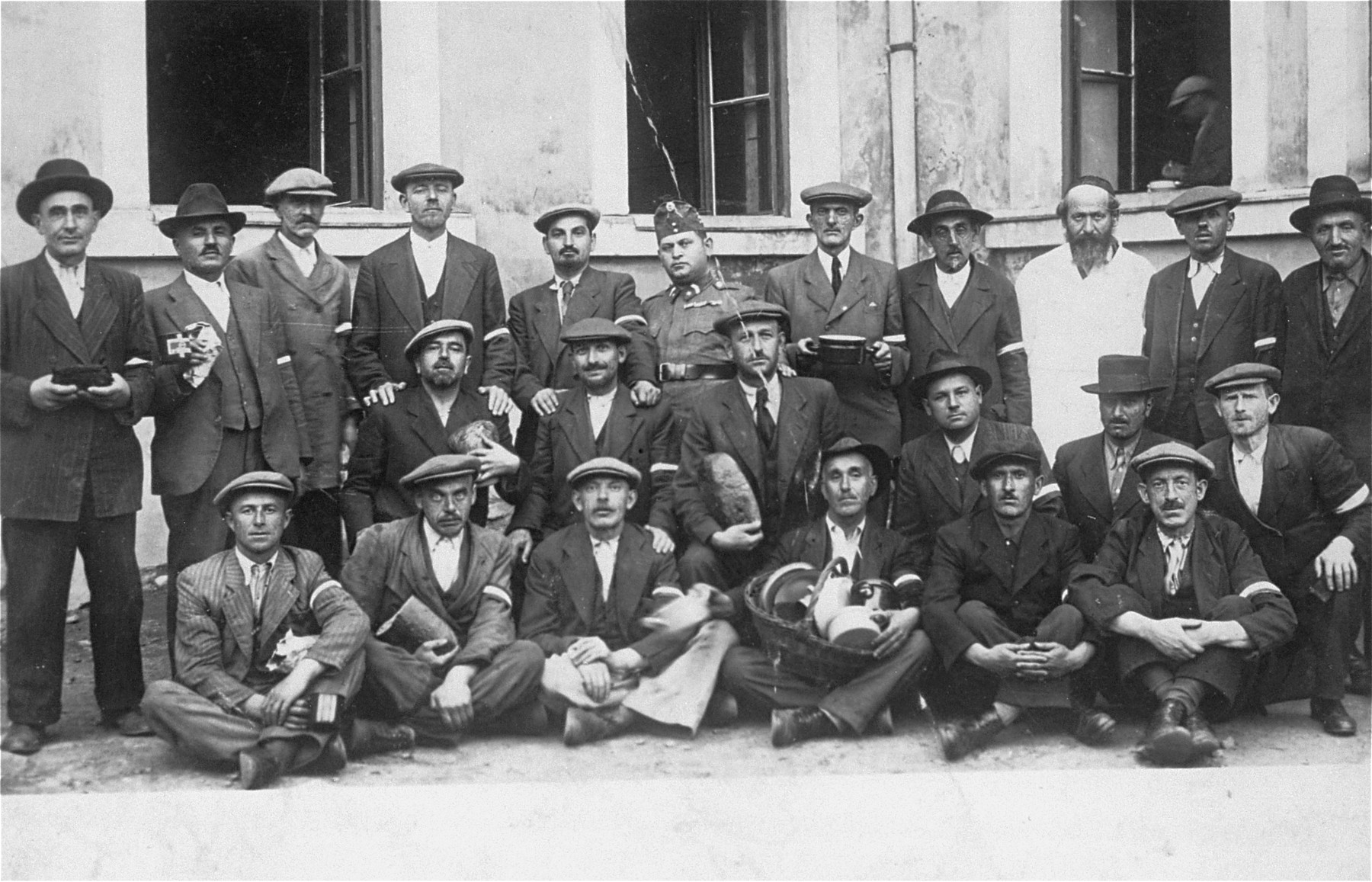 Group portrait of members of an Hungarian Jewish labor battalion in Muckachevo.

Among those pictured is Abraham Ickovic (top row, middle wearing a military uniform), and his younger brother, Itzhak Yaakov Ickovic (next to him on the left). Few of these men survived the war.