Jacob (Yankel) Verbovski (far right), a representative of the Altestenrat labor office, talks with a group of Jews near the Varniu Street entrance to the Kovno ghetto. 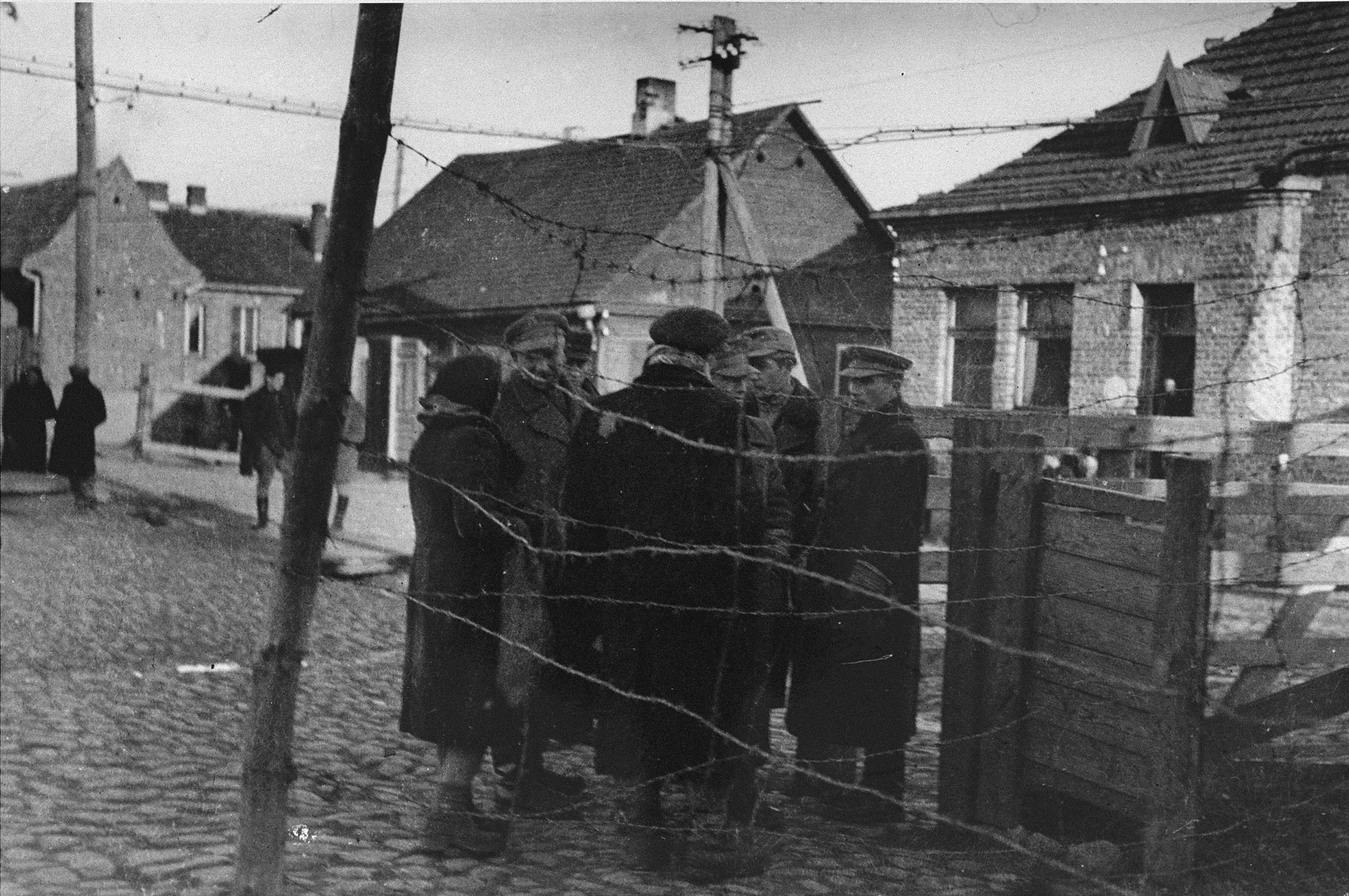 Jacob (Yankel) Verbovski (far right), a representative of the Altestenrat labor office, talks with a group of Jews near the Varniu Street entrance to the Kovno ghetto.

Verbovski was known as the ghetto's "count man". He was in charge of counting people coming and going into the ghetto. In that capacity he helped members of the resistance to escape from the ghetto, and he helped smuggle weapons and other illegal goods into the ghetto. Verbovski survived the war and immigrated to the United States.