Three Jews dressed in traditional Austrian folk costume walk along a street in the resort town of Bad Hall. 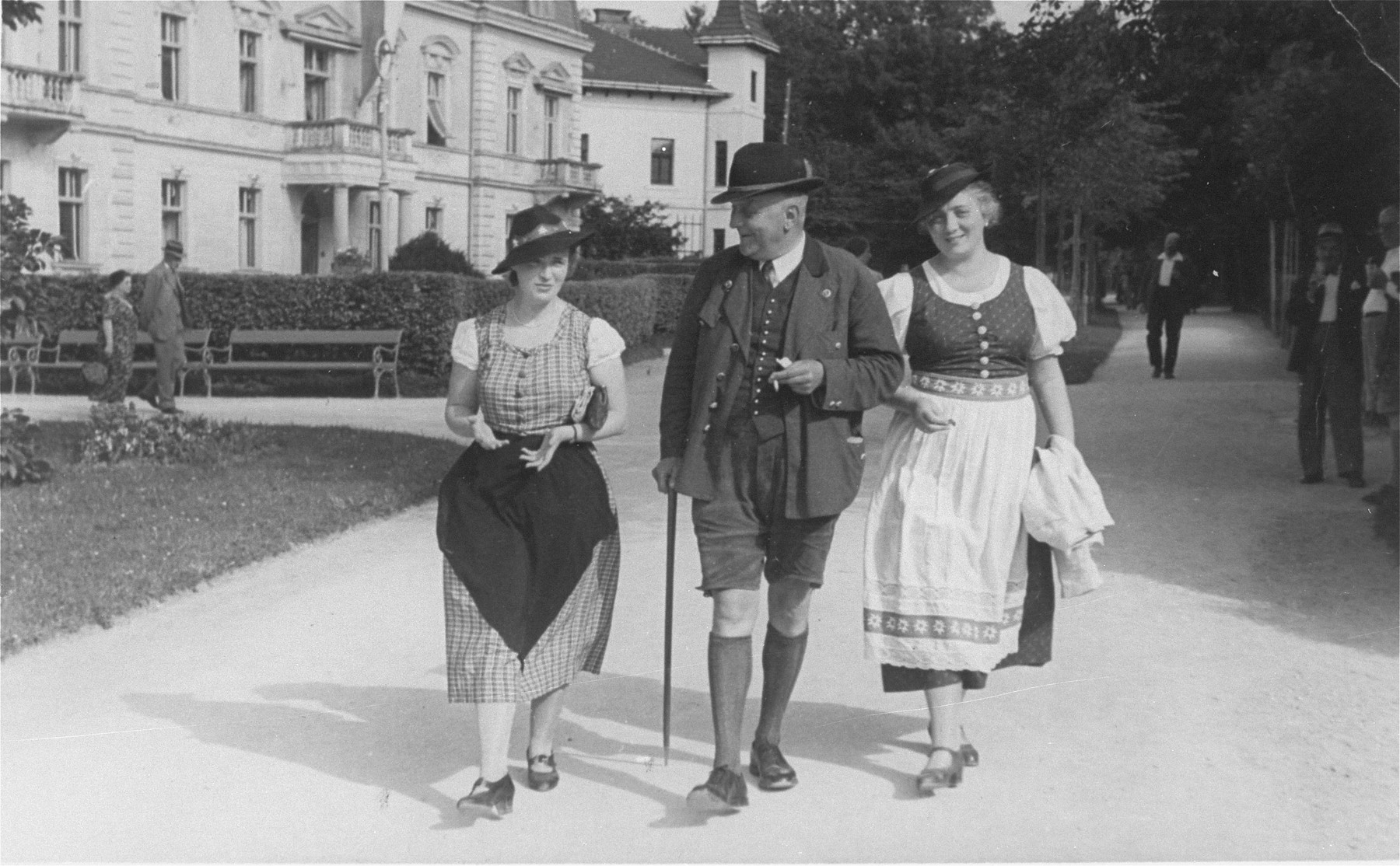 Three Jews dressed in traditional Austrian folk costume walk along a street in the resort town of Bad Hall.

Biography
Hans (now John) Kafka is the son of Egon and Klara (Braunschweig Woltar) Kafka. Klara, a Swiss Jew, married Paul Woltar, an Austrian Jew, in 1910. Shortly after the birth of their daughter, Grete, in 1913, Paul Woltar died. In 1919 the young widow married Egon Kafka and moved to Linz. Egon passed away in 1927. In the mid-1930s Hans was sent to boarding school in France on the advice of his uncle, who felt that Austria had become too dangerous a place for Jews. After two years Hans moved in with his Aunt Bertha Braunschweig in Strasbourg. Klara joined her son in 1938. After the French defeat, Klara and Hans moved to central France, and in March 1941, immigrated to the United States.