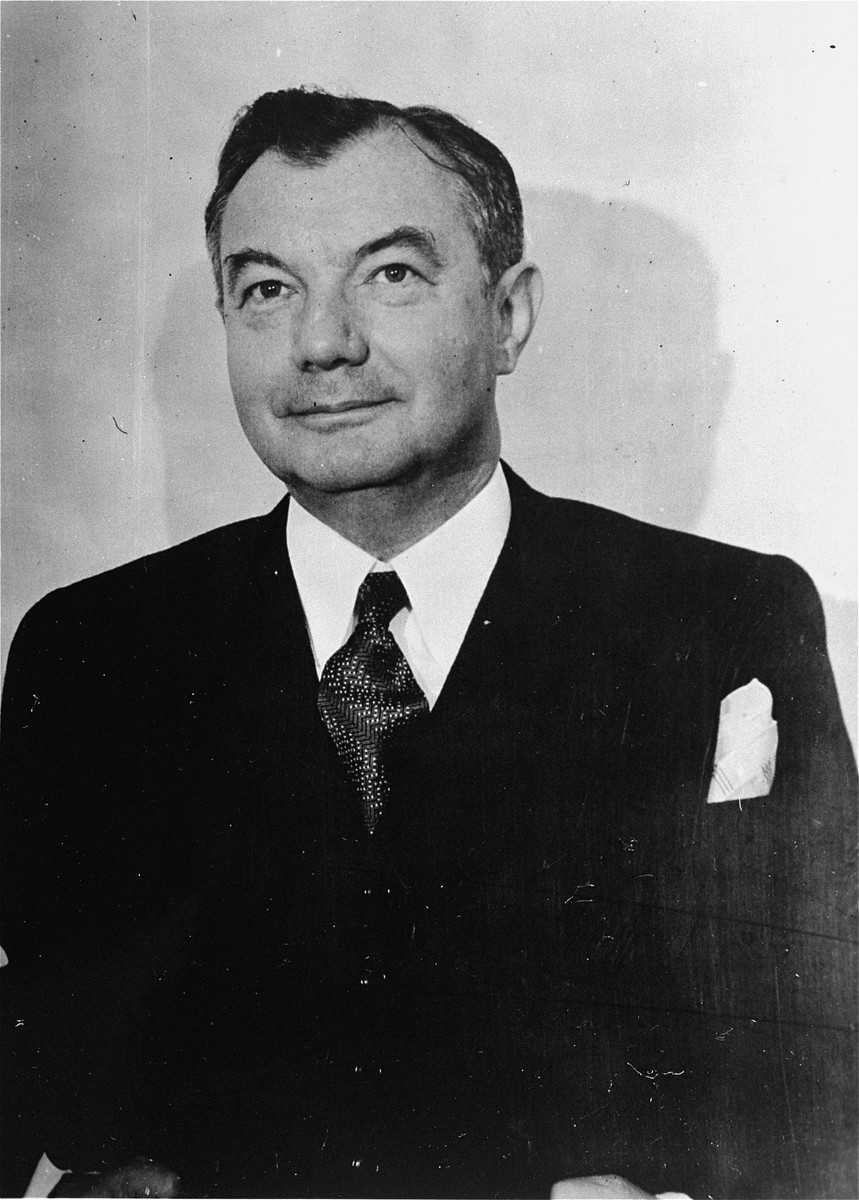 https://encyclopedia.ushmm.org/content/en/article/international-military-tribunal-at-nuremberg.
Biography
Robert Houghwout Jackson (1892-1954), American lawyer and U.S. Supreme Court Justice from 1941 to 1954. Jackson held several important positions in the Roosevelt administration. He was counsel for the Internal Revenue Service, the Department of Treasury and the Security and Exchange Commission. In 1941, he was appointed to the U.S. Supreme Court. He took a leave of absence from the court in 1945 to serve as chief U.S. war crimes prosecutor at the Nuremberg trials of former German leaders. He returned to the Supreme Court in 1946.