The judges of Military Tribunal II-A, listen to the Einsatzgruppen Trial. 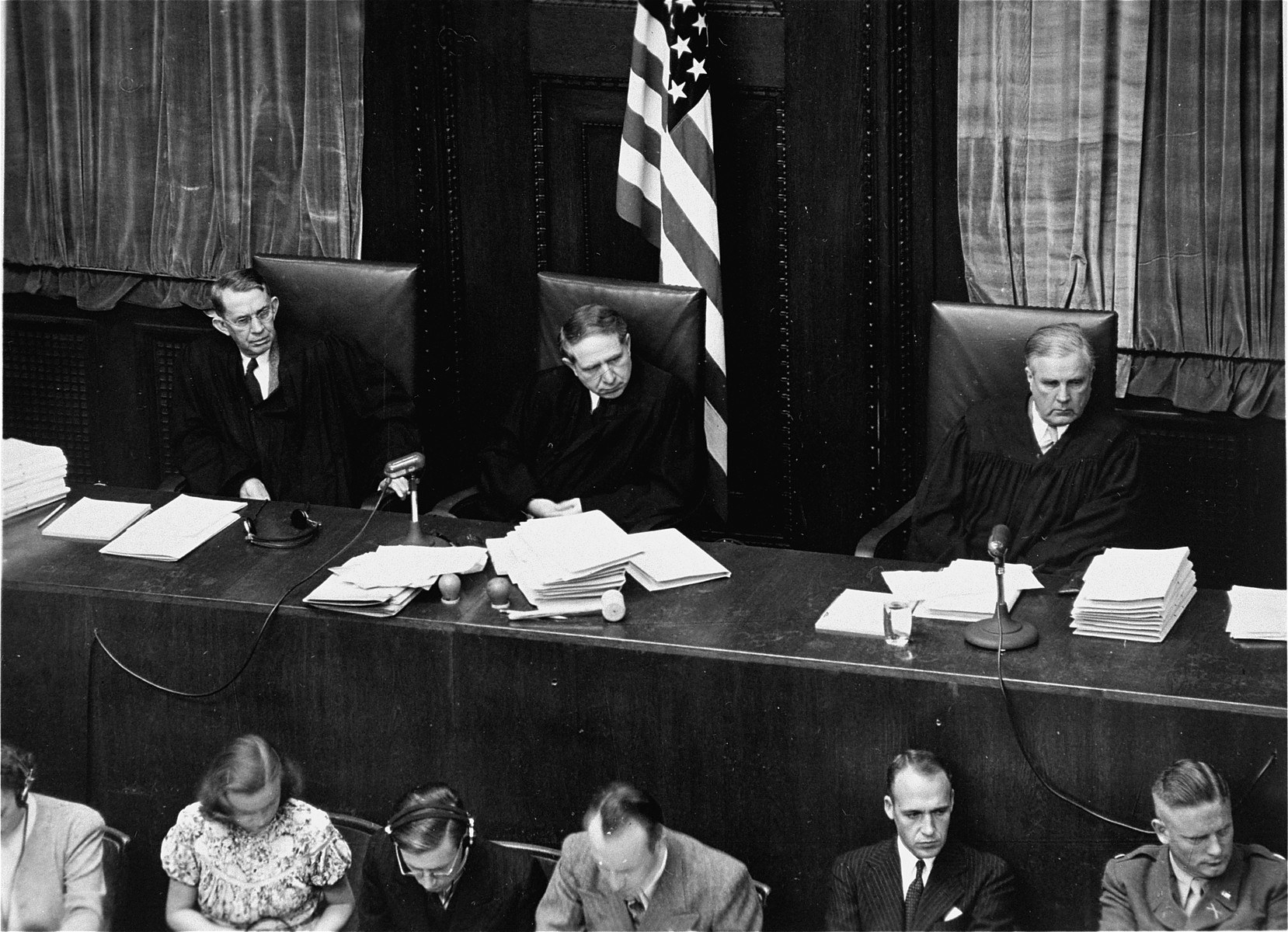 The judges of Military Tribunal II-A, listen to the Einsatzgruppen Trial.

From left to right are John J. Speight, Michael A. Musmanno, and Richard D. Dixon.