The members of the Tribunal listen to the proceedings of the High Command Case. 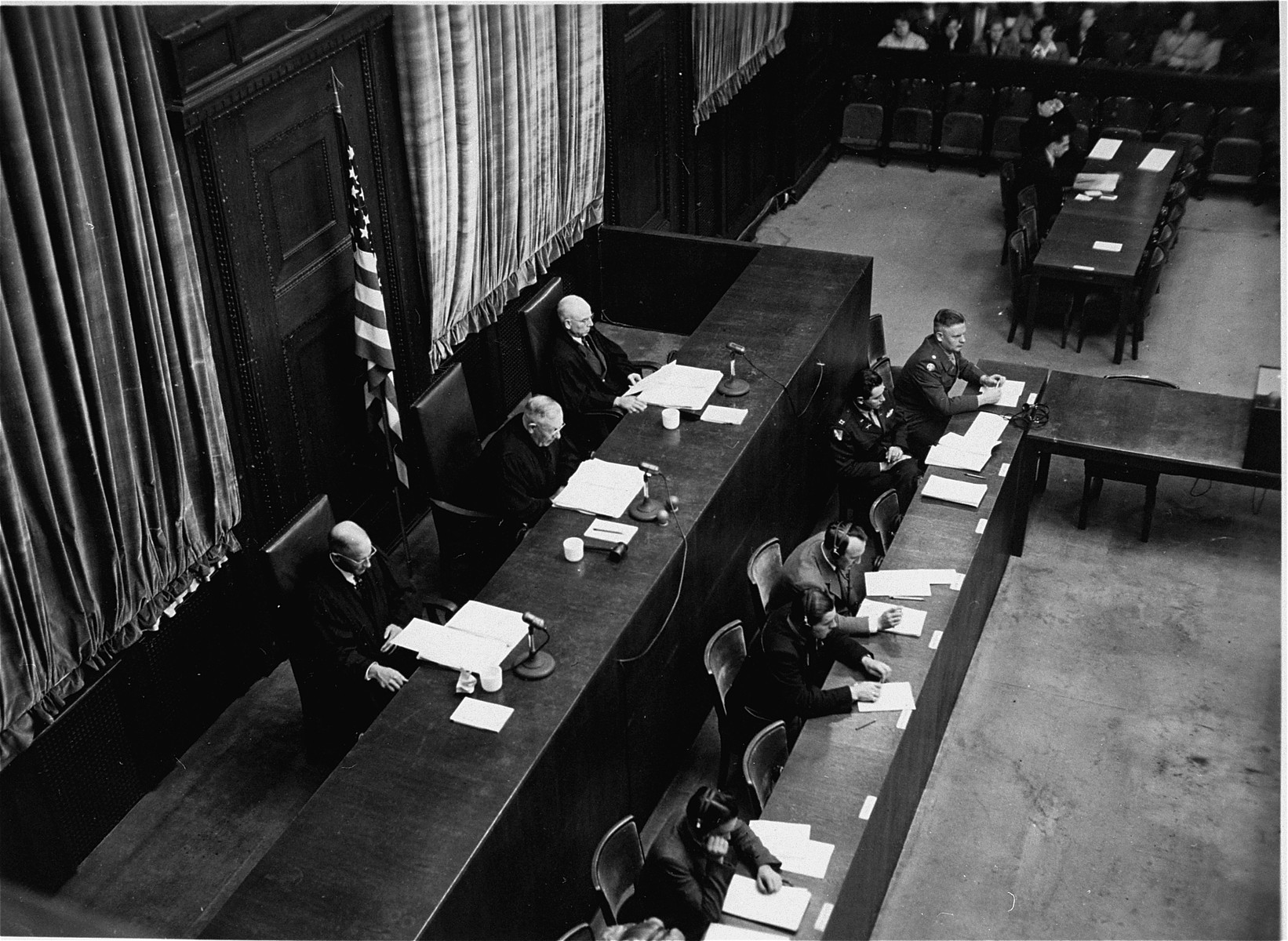 The members of the Tribunal listen to the proceedings of the High Command Case.

Event History
On 23 December 1947, the U.S. Military Government for Germany created the Military Tribunal V-A to try the High Command Case. The fourteen defendants, formerly all leading command or staff officers in the German Armed Forces, had been indicted on 28 November in a four-count indictment. They were charged with committing crimes against peace by participating in the initiation of invasions of other countries and wars of aggression in violation of international treaties; war crimes and crimes against humanity by participating in atrocities and offenses, including murder, ill-treatment, denial of status and rights, refusal to quarter, and employment under inhuman conditions, against POWs and members of armed forces at war with Germany; war crimes and crimes against humanity by participating in atrocities and offenses, including murder, extermination, torture, use for forced labor, deportation to slave labor, persecution on religious, political, and racial grounds, and destruction of cities, towns, and villages, against German nationals and civilians of territories under German occupation; and with participation in a common plan or conspiracy to commit crimes against peace. After the arraignment on 30 December, the trial ran from 5 February 1948 until 13 August, finishing with only thirteen defendants, after Johannes Blaskowitz committed suicide on the first day of the trial. The judgment was delivered on 27 and 28 October, with the Tribunal finding all the defendants not guilty of crimes against peace (counts one and four), but only two not guilty on counts two and three. The sentences were announced on 28 October, with two defendants sent to prison for life, and the other nine guilty defendants receiving prison terms ranging from three to twenty years.