A Jewish prisoner is forced to remove his ring upon his arrival in the Jasenovac concentration camp. 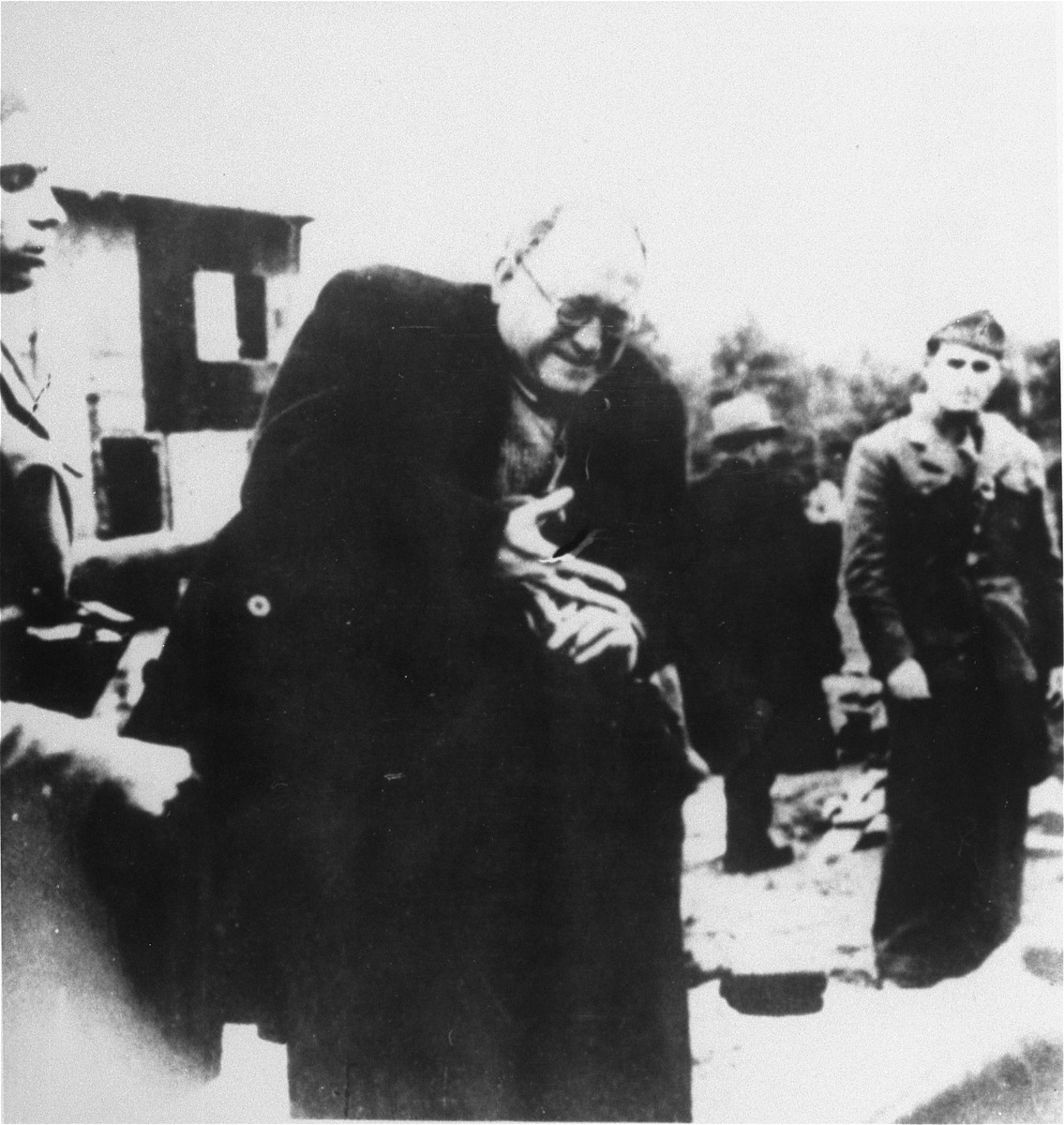 A Jewish prisoner is forced to remove his ring upon his arrival in the Jasenovac concentration camp.

https://encyclopedia.ushmm.org/content/en/article/jasenovac.
Biography
Teodore Grunfeld was born in Zagreb, Croatia on April 22, 1879. His parents were Ingac and Teresa Grunfeld and he had one brother, Rudolf Grunfeld who survived the Holocaust. Teodore and his wife Teresa Kohn Grunfeld had two daughters, Magda Grunfeld Boyan and Zdenka Grunfeld Robich. Fearing the Nazi threat, his daughters immigrated with their husbands and Magda's daughter Vida in 1939. Teodore and Teresa remained in Zagreb and were deported to the Jasenovac concentration camp, where they both perished.