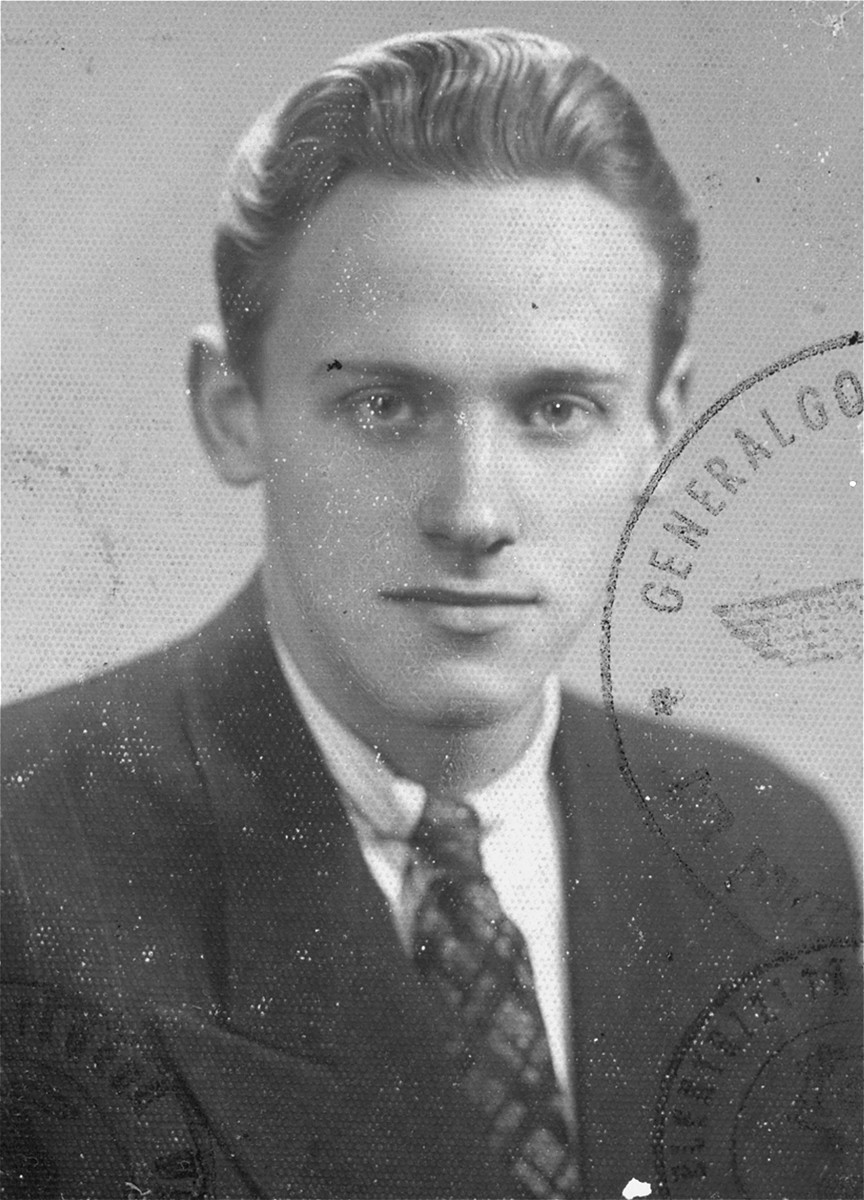 [Source: Guttman, Israel (ed.). Encyclopedia of the Holocaust. "Gwardia Ludowa," MacMillan, 1990.]
Biography
Leah Hammerstein Silverstein (born Lodzia Hamersztajn) was born in the Warsaw suburb of Praga in 1924. She is the daughter of Sarah Goldstein and Leib Hamersztajn, who also had two sons, Wolf and Hershel. When Lodzia was still a young girl her mother died. The family's misfortunes were compounded when soon thereafter, her father's business collapsed, leaving the family destitute. Lodzia then went to live with her grandmother, who also lived in Praga. During her high school years she became involved in the Hashomer Hatzair socialist Zionist youth movement. During the Nazi occupation Lodzia and her family were forced into the Warsaw ghetto. Maintaining her youth movement connections, Lodzia joined the Hashomer kibbutz hachshara (collective) organized by Mordechai Anielewicz and Josef Kaplan, which had its headquarters at Nalewki 23 in the ghetto. While living at the kibbutz, Lodzia tried to help her family by giving them extra rations from the somewhat better resources of the collective, but the health of her father and grandmother quickly deteriorated under the harsh living conditions. Both died in the spring of 1941. Lodzia's brothers managed to escape from the ghetto in this period, but neither was heard from again. In September, 1941, several members of the kibbutz managed to flee the ghetto and establish a farm in the town of Zarki near Czestochowa. The new collective included approximately twenty young adults, one of whom was Lodzia's future husband, Avram Zilbersztajn (later Abraham Silverstein). During the spring of 1942, the group was visited by Arie Wilner, a leader of the Warsaw ghetto underground, who talked to them about resistance and self-defense. Unable to produce enough food to sustain itself, the kibbutz soon disbanded. Most of its members moved into the Czestochowa ghetto, where they continued to live as a collective. Lodzia stayed in Czestochowa only a short time before becoming a courier for the Zionist underground. Living on false papers, Lodzia moved between legitimate jobs and underground activities in Krakow, Warsaw and Czestochowa. From 1942 until March 1943, she worked in a German military hospital in Krakow. At that time she met Ester Fiks (Julcia), another Jew living on false papers, who became her closest companion during the war. At the time of the Warsaw ghetto uprising in the spring of 1943, Lodzia was on the Aryan side of the city serving as a courier. Later, she returned to Czestochowa, where whe worked as a maid for a prominent Nazi. In March 1944, Lodzia was back in Warsaw again. Following the collapse of the Polish uprising she found shelter with other members of the Jewish underground, including Yitzhak Zuckerman, Zivia Lubetkin and Marek Edelman, at 43 Promyka Street in Warsaw. Lodzia was liberated by Soviet troops outside Warsaw on January 15, 1945. After the war she continued her underground activity as a contact for the Bricha, helping Jews to move out of Poland along established routes to the West. Lodzia also began a course of study at the university in Lodz. She remained in Poland until 1949, when she emigrated to Israel. There, she was reunited with Avram Zilbersztajn, whom she was soon to marry.