Postwar portrait of Tuwia Borzykowski, a member of the Jewish Fighting Organization (ZOB) in the Warsaw ghetto. 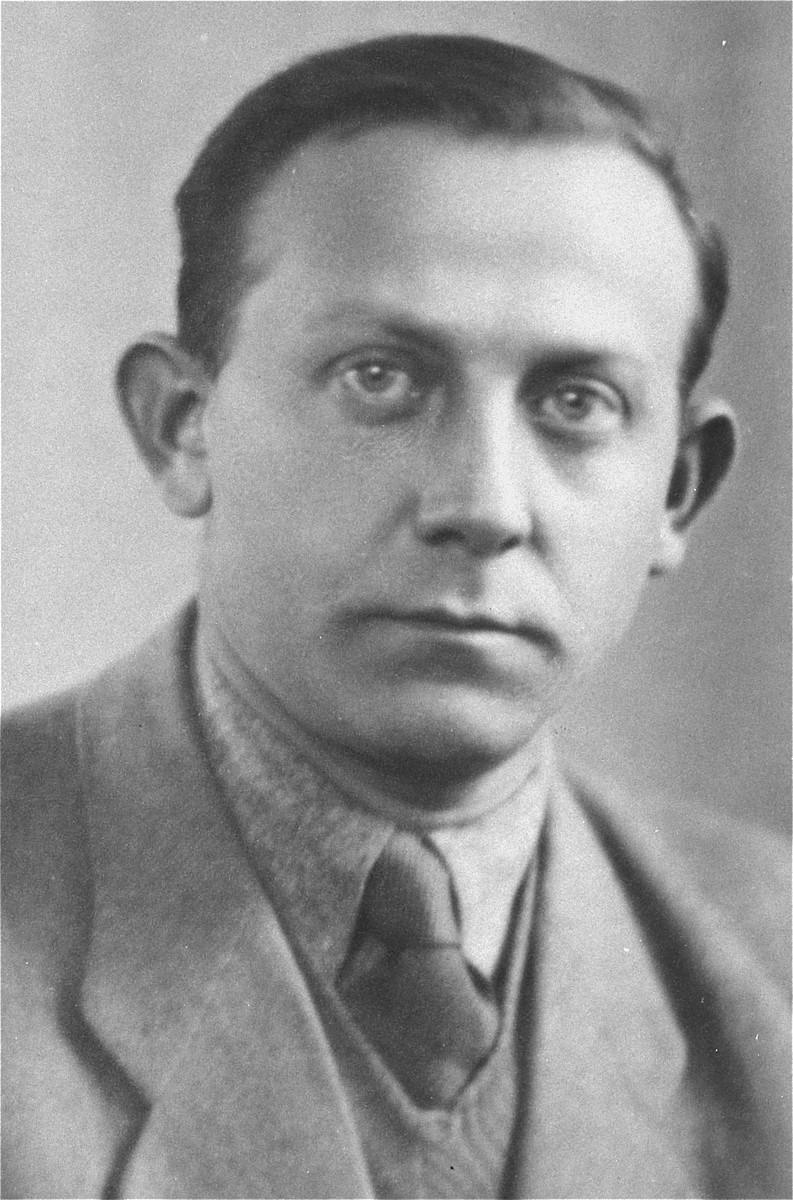 Postwar portrait of Tuwia Borzykowski, a member of the Jewish Fighting Organization (ZOB) in the Warsaw ghetto.

Biography
Tuwia Borzykowski (1911-1951), a member of the Dror Zionist youth movement, who during the German occupation served in the Jewish Fighting Organization (ZOB) in the Warsaw ghetto. Born in Lodz, Borzykowski was living in Radomsko when the Germans invaded Poland. Soon afterwards he organized an underground cell there. In 1940 he moved to Warsaw when he was asked by the Dror leadership to lecture at movement seminars. During the mass deportations from the Warsaw ghetto in the summer of 1942, Borzykowski was living at the Czerniakow farm and participated in its defense. During the Warsaw ghetto uprising he fought in the central ghetto and was among the group of fighters who escaped via the city sewer system. He returned to the ghetto after the destruction of ZOB headquarters in the Mila 18 bunker and survived with the last ghetto fighters. From May 1943 until the Polish uprising in August 1944, Borzykowski lived in hiding in Warsaw. Following the suppression of the Polish uprising he found shelter with other members of the Jewish underground in a bunker located at 43 Promyka Street, where the group remained until mid-November, 1944. After the war Borzykowski was decorated for bravery by the Polish government. He later immigrated to Israel and died at Kibbutz Lohamei Hagetaot.