A Jewish boy rides a bicycle in the Kolbuszowa ghetto. 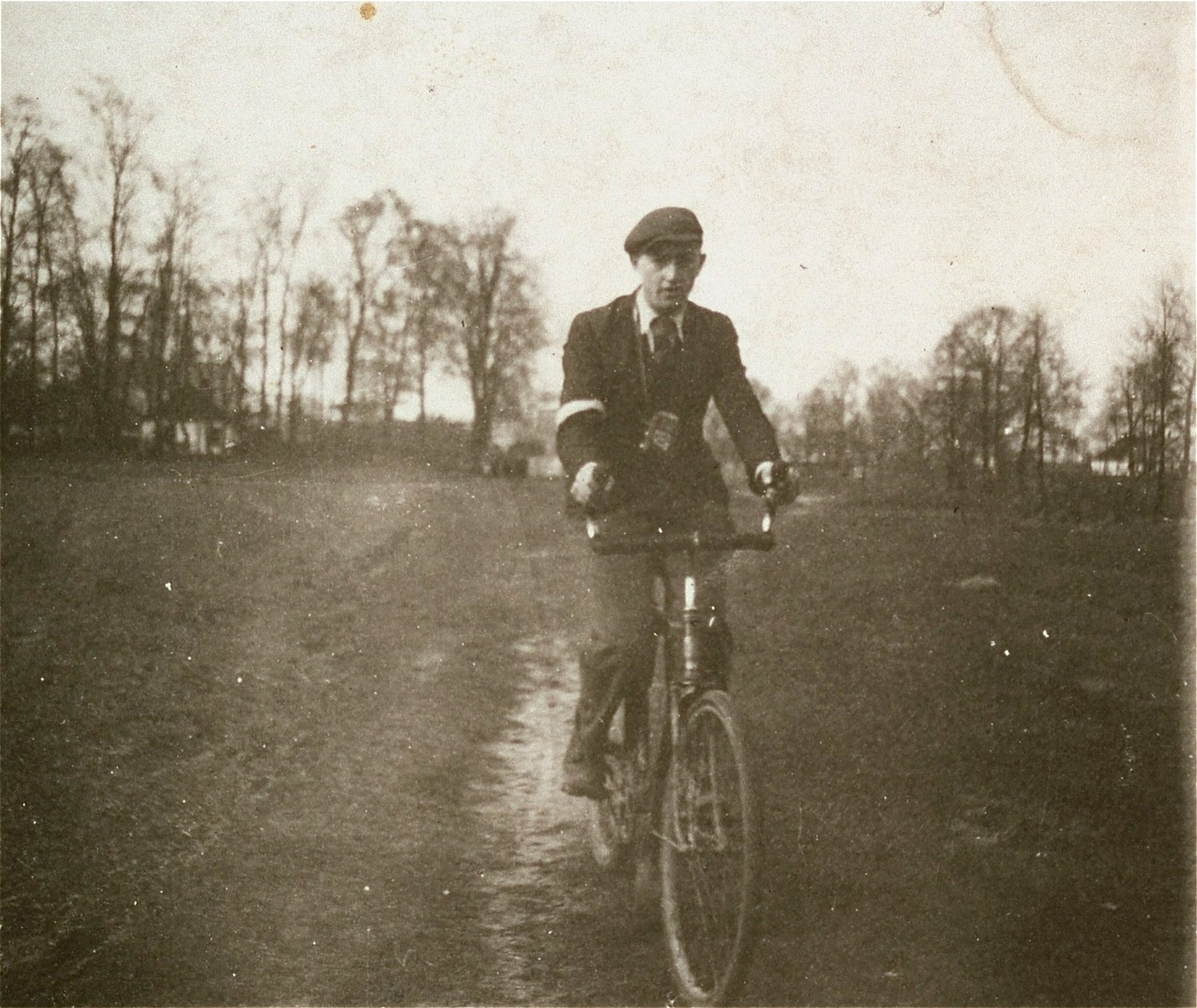 A Jewish boy rides a bicycle in the Kolbuszowa ghetto.

Pictured is Mondi Stub, a friend of Manius Notowicz, the donor.