Survivors of the Jewish underground pose atop the ruins of the Mila 18 bunker in the former ghetto. 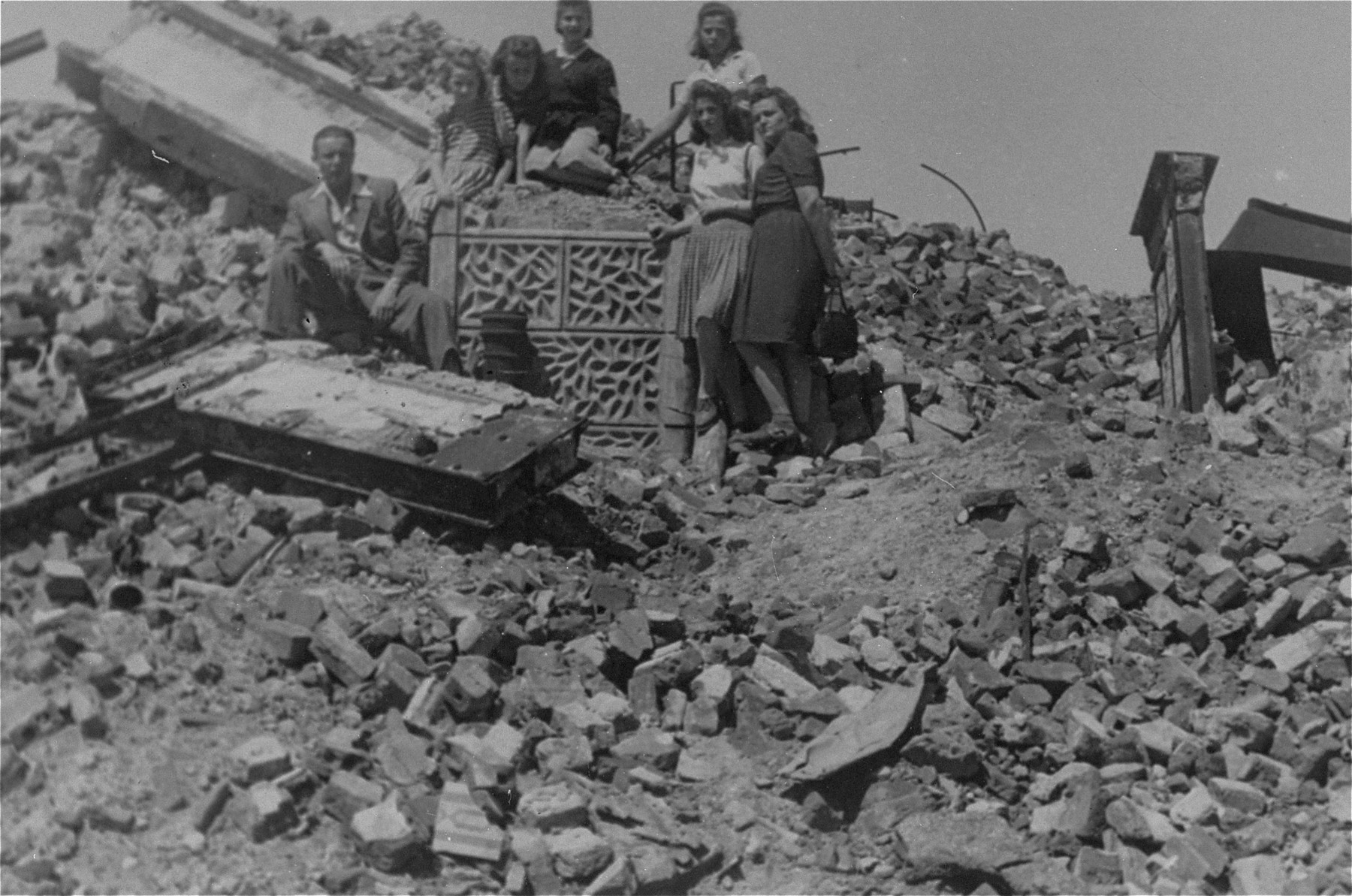 Survivors of the Jewish underground pose atop the ruins of the Mila 18 bunker in the former ghetto.

Among those pictured are Lodzia Hamersztajn (second from the right) and Szymon Rathajzer (later Simcha Rotem) (left). Both were members of the Zionist youth movement and the Jewish underground in Poland. Rathajzer's nom de querre was Kazik.