The Yiddish writer Sholem Aleichem poses with prominent members of the Jewish community during his visit to Bedzin. 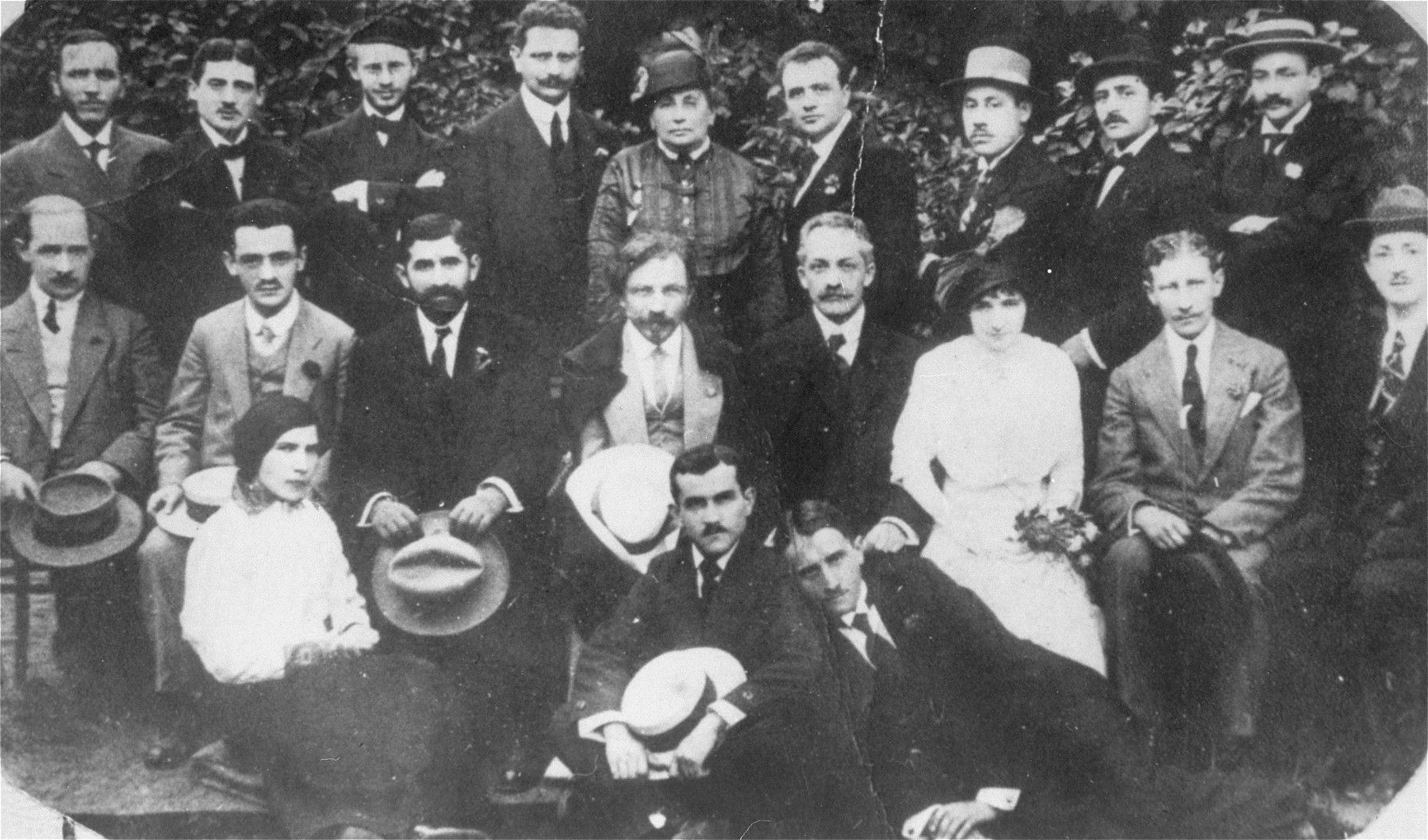 The Yiddish writer Sholem Aleichem poses with prominent members of the Jewish community during his visit to Bedzin.

Pictured in the back row from left to right are: Icie Wygodzki, Goldsztajn and Abram Liwer. Sholem Aleichem is seated in the middle row, fourth from the left, holding his hat.

Biography
Sholem Aleichem (1859-1916) is the pseudonym of Sholem Rabinowitz, a Yiddish writer who was one of the founders of modern Yiddish literature. He grew up in Voronkov, a town in the Ukraine, which he was to immortalize as Kasrilevke, the ideal typical Jewish shtetl. Sholem Aleichem is best known for creating the characters of Tevye and Menachem Mendl. Tevye is the Jewish milkman with seven daughters who travels between Kasrilevke and Yehupets delivering milk. His travails typified the precarious existence of Jewish life in the Pale of Settlement in the late 19th century. Menachem Mendl is the luckless man about town who dreams of fortunes that are always just beyond his reach. Sholem Aleichem left Russia in 1905 after experiencing the pogrom in Kiev. After an unhappy year in New York in 1906 he returned to Europe, where he wrote and conducted lecture tours. While his fame grew steadily he was plagued in those years by financial difficulties and ill health. At the outbreak of World War I he moved his family to New York, where he died in 1916.