Studio portrait of a member of the administrative staff of the Kielce ghetto Judenrat (Jewish council). 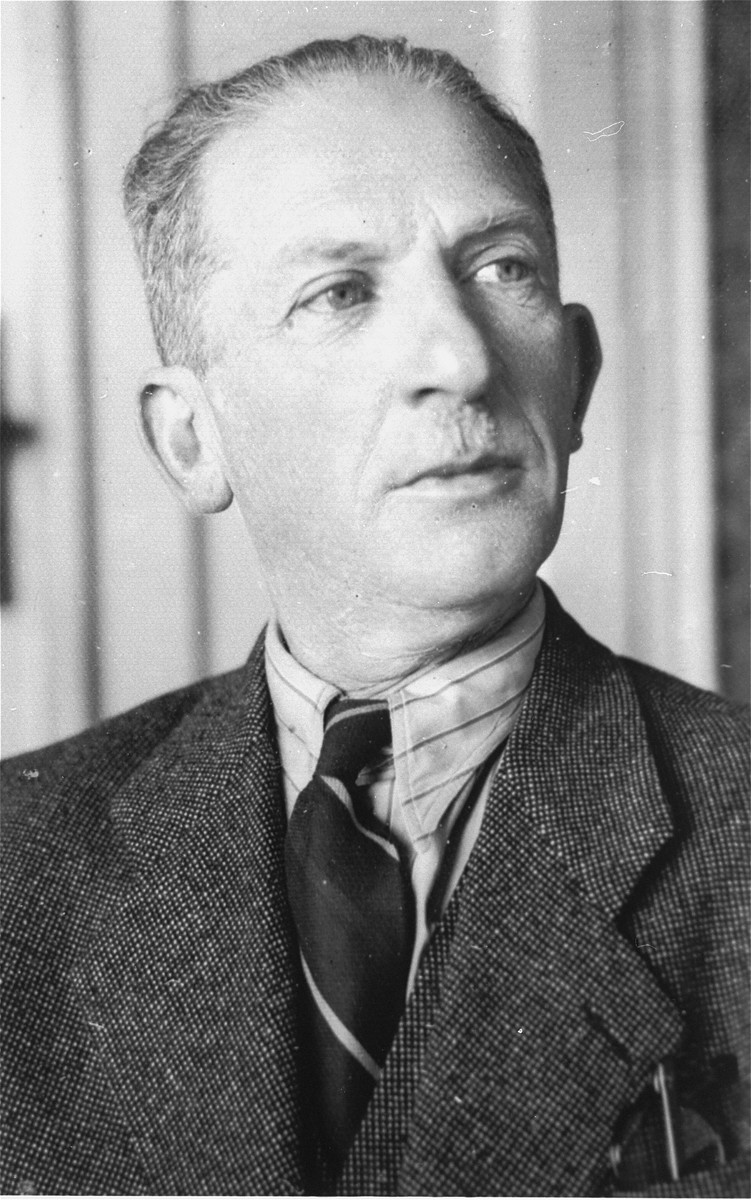 Studio portrait of a member of the administrative staff of the Kielce ghetto Judenrat (Jewish council).

Event History
Kielce was captured by the Germans on September 4, 1939. Immediately afterwards the Jewish community was beset by beatings, killings, hostage takings, round-ups for forced labor, expropriations and fines. Within the first weeks of the occupation the Germans set up a Jewish Council and named Dr. Moses Pelc as its chairman. A ghetto was not officially established until the beginning of April 1941. When Pelc refused to execute German directives, he was deported to Auschwitz and replaced with the industrialist Hermann Levy. Levy served as chairman until the liquidation of the ghetto in August 1942. An estimated 24,000 Jews lived in Kielce at the outbreak of the war. After the establishment of the ghetto, approximately 1,000 Jews from Vienna were transferred to Kielce and several thousand more from the areas of Poznan and Lodz, swelling the ghetto population to 27,000 by the end of 1941. The final liquidation of the ghetto, directed by SS Hauptsturmfuehrer Ernst Karl Thomas and Hauptmann Hans Geier, was carried out between August 20-24, 1942. Those who were rounded-up were deported to Treblinka. Approximately 2,000 able-bodied Jews were spared and placed in three labor camps in Kielce: HASAG-Granat, Henrykow and Ludwikow.
See https://www.ushmm.org/wlc/en/article.php?ModuleId=10005300.
See Also "Kielce" in Encyclopedia of Camps and Ghettos Volume 2 Part A.