Jewish women and children are transported by horse-drawn wagon during a deportation action in the Siedlce ghetto. 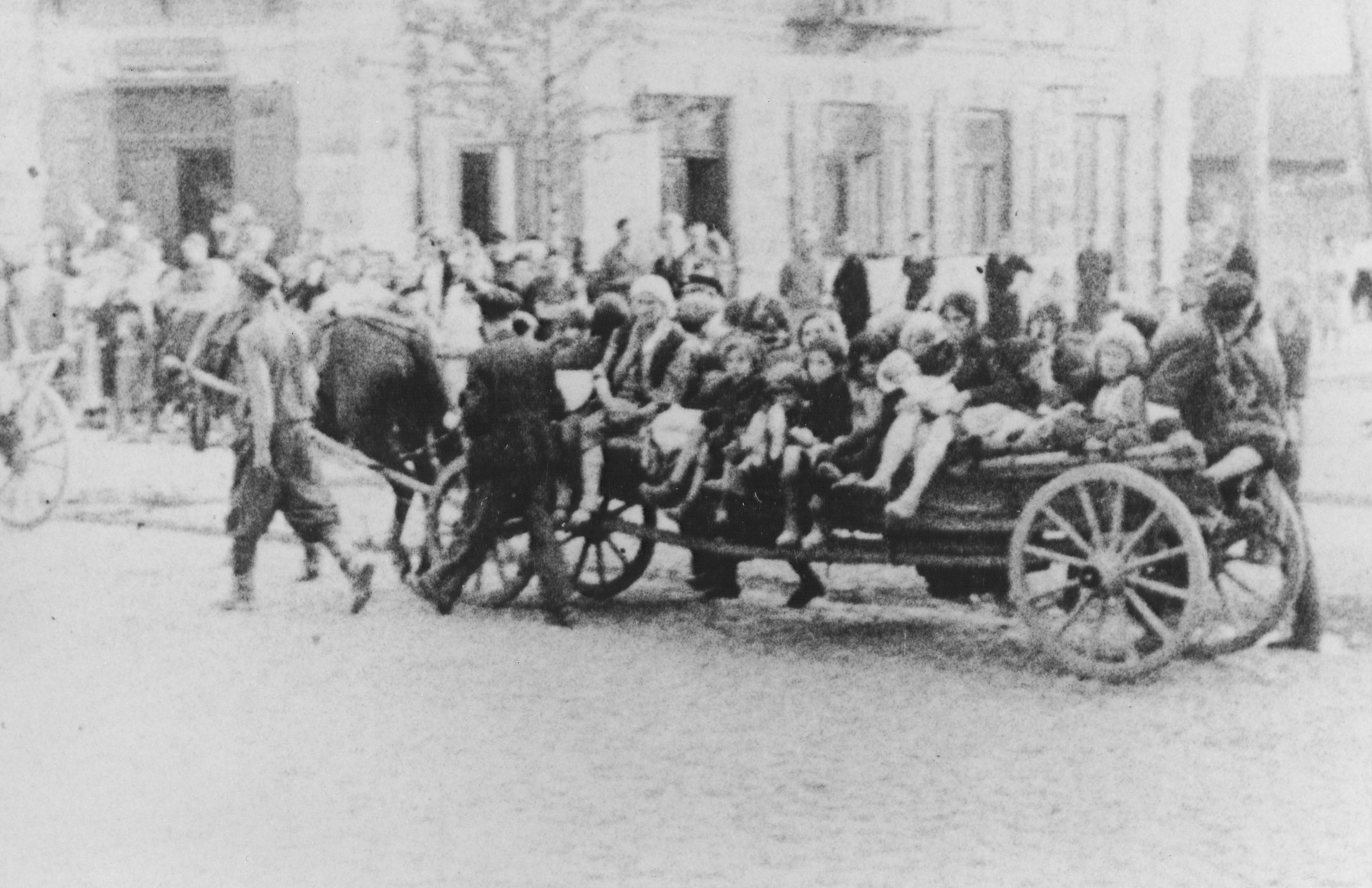 Jewish women and children are transported by horse-drawn wagon during a deportation action in the Siedlce ghetto.

Event History
In 1939 approximately 15,000 Jews lived in Siedlce. German troops occupied the city on September 11, 1939 and immediately began to take repressive measures against the Jews, including the imposition of heavy fines. On December 24 the main synagogue was burned down. In 1940 about 1,000 Jews were resettled in Siedlce from Lodz, Kalisz and Pabianice, when those cities were incorporated into the Reich. A three-day action was unleashed against the Jews of Siedlce in March 1941. That August a formal ghetto was established. In January 1942 another heavy fine was imposed on the community. Eight months later, on August 22-24, 1942, the ghetto was liquidated and 10,000 Jews were deported to Treblinka. Only 2,000 remained in the small ghetto until it, too, was liquidated on November 25. During the deportations hundreds of Jews fled to the forests, where they formed small partisan units. The majority of them, however, were killed during the winter of 1942-43.
https://www.ushmm.org/wlc/en/article.php?ModuleId=10005193