The personal effects of Jews who have been deported are burned in the Zychlin ghetto. 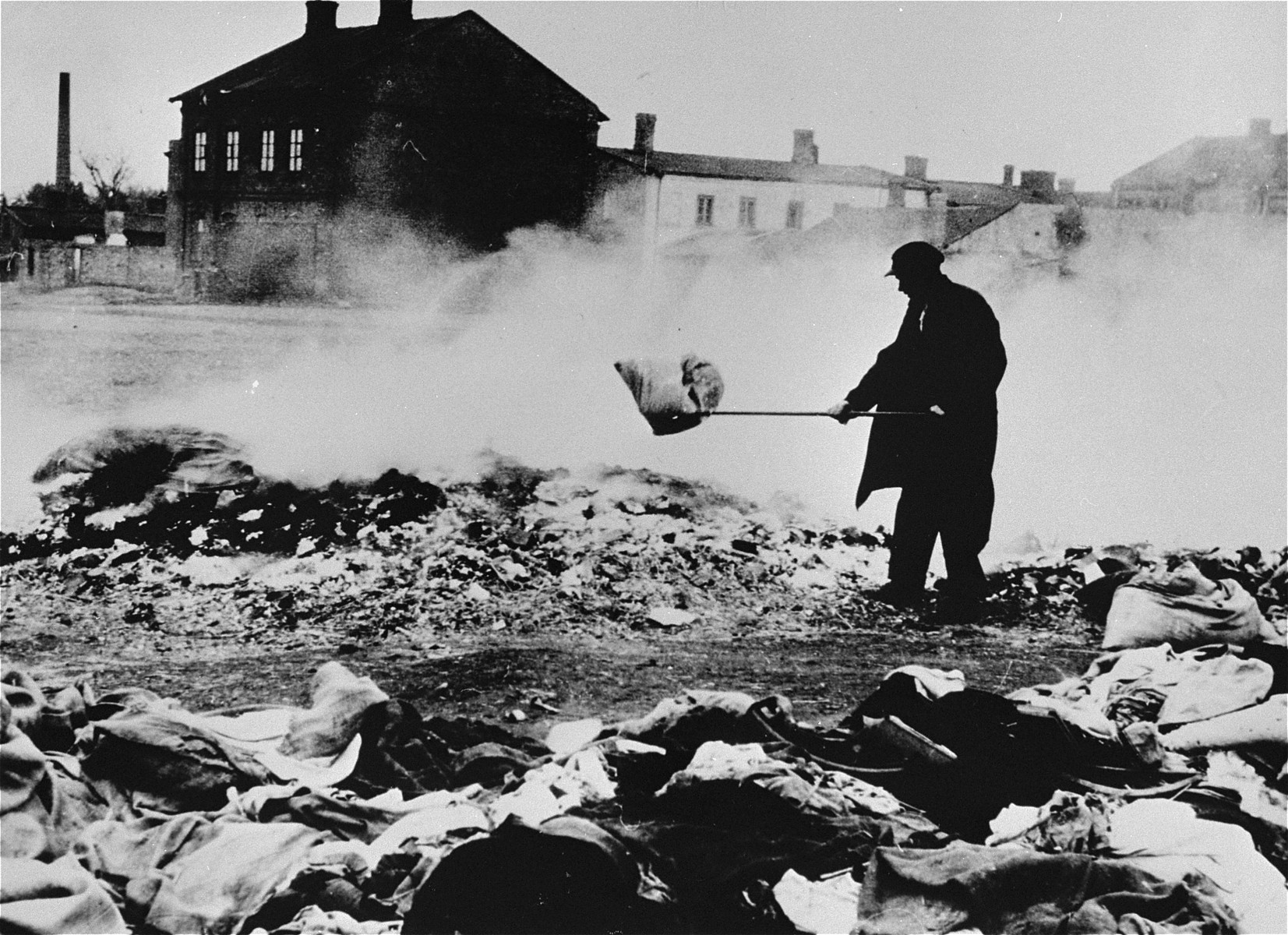 The personal effects of Jews who have been deported are burned in the Zychlin ghetto.

Event History
In 1939 approximately 3,500 Jews lived in Zychlin, constituting 50 per cent of the total population. On September 17, 1939 German troops occupied the town. The following day all the Jewish men were rounded-up and detained in a church for three days before being released. In April 1940 Polish and Jewish intellectuals, from Zychlin were arrested and deported to concentration camps in Germany. A formal ghetto was establshed in July 1940 on swampy terrain on the outskirts of town. Initially 2,800 Jews were confined to the ghetto, but the population soon expanded to 3,500 after the resettlement of Jews from neighboring communities. Since the ghetto was not fenced in, there was some trade and other contact with the outside world. Members of the Jewish council and certain otherJews were allowed to leave the ghetto during the day, and labor detachments from the ghetto were dispatched almost daily. The inability of the Jewish council to establish a public kitchen resulted in widespread malnutrition and eventually a typhoid epidemic in the ghetto. Early in 1942 the situation deteriorated further. In February German police entered the ghetto in force and shot hundreds of Jews in the streets, including most of the Jewish council and ghetto police force. The final liquidation of the ghetto took place on Purim, March 3, 1942. On that day the entire Jewish population of 3,200 was assembled in the market square and loaded onto horse-drawn wagons. Those too weak to board were shot on the spot. The rest were deported to Chelmno.

"Zychlin" in Encyclopedia of Camps and Ghettos, Volume 2 Part A.