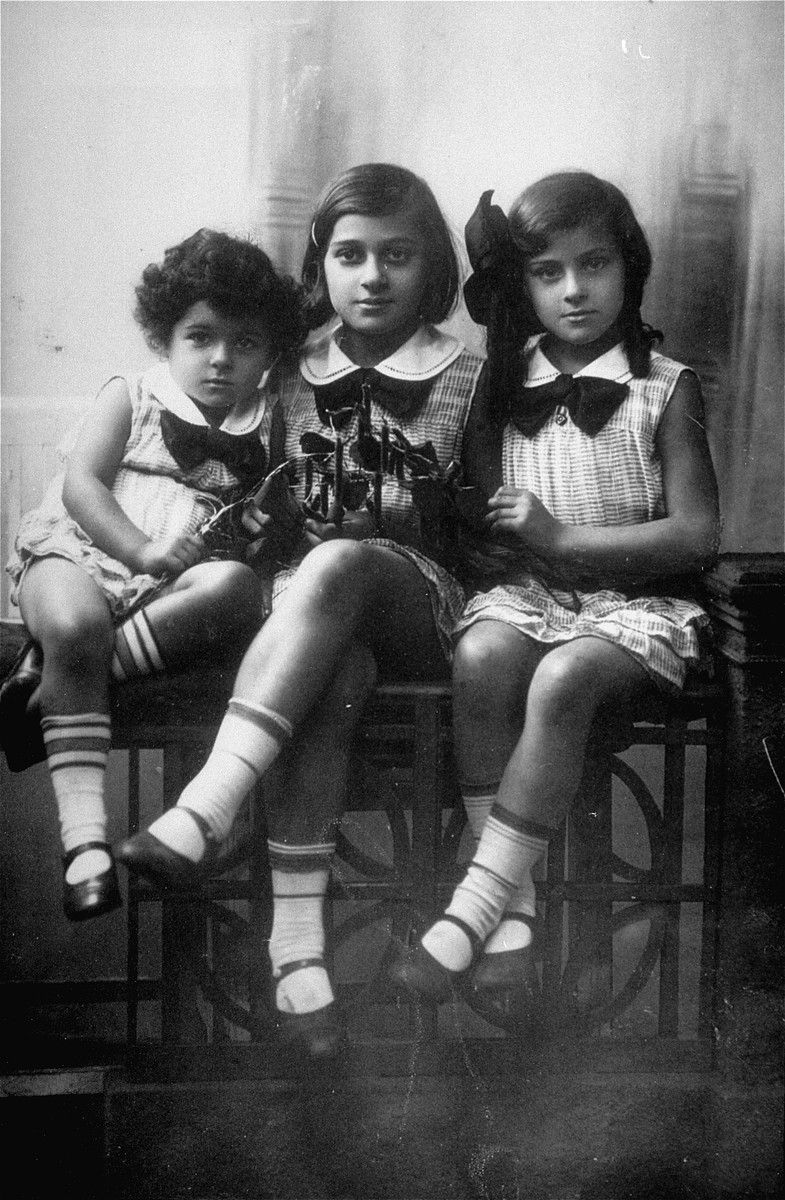 Pictured from left to right are: Hanka, Sabina and Ester Wajcblum.