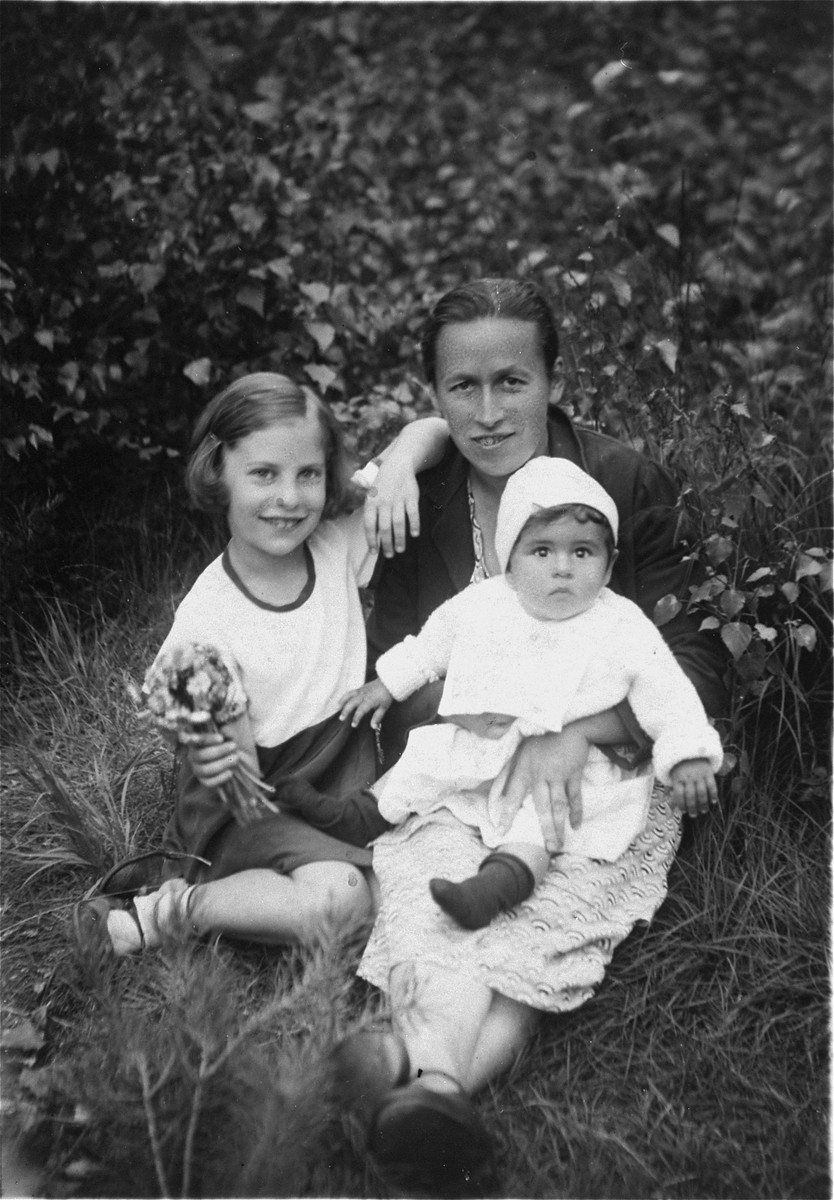 The nanny kept the family photographs during the war and returned them to Sia and her father, Reuven, after their return to Riga after the war.

Biography
Sia Hertsberg (born Sia Izrailewitsch) is the daughter of Reuven and Kuna Dworkin Izrailewitsch. She was born on August 8, 1927 in Riga where her parents owned a fur making factory. Her younger sister Margo was born in 1935. After the German invasion of the Soviet Union, the family was forced into the Riga ghetto in the fall of 1941. Sia worked in a sewing factory for the Reichskomisariat in Riga for about two years. In October 1943, Sia, her sister Margo and her mother Kuna were transferred to the Kaiserwald concentration camp, outside of Riga. On October 1944 they were taken by ship to the Stutthof concentration camp. Sia's mother died on February 7, 1945 and the girls, Sia and Margo, were forced on a death march. After liberation, both were sent to the hospital. Margo had developed gangrene on the march, and died shortly after liberation in a Soviet hospital in Gdansk. Sia recuperated, and then returned to Riga where she reunited with her father, Reuven Izrailewitsch. In 1946 she married Misha Hertsberg and their two children, Herman and Mark, were born in Riga. In 1973 the family left for the United States.