The hanging of Wolf Kieper on the market square in Zhitomir. 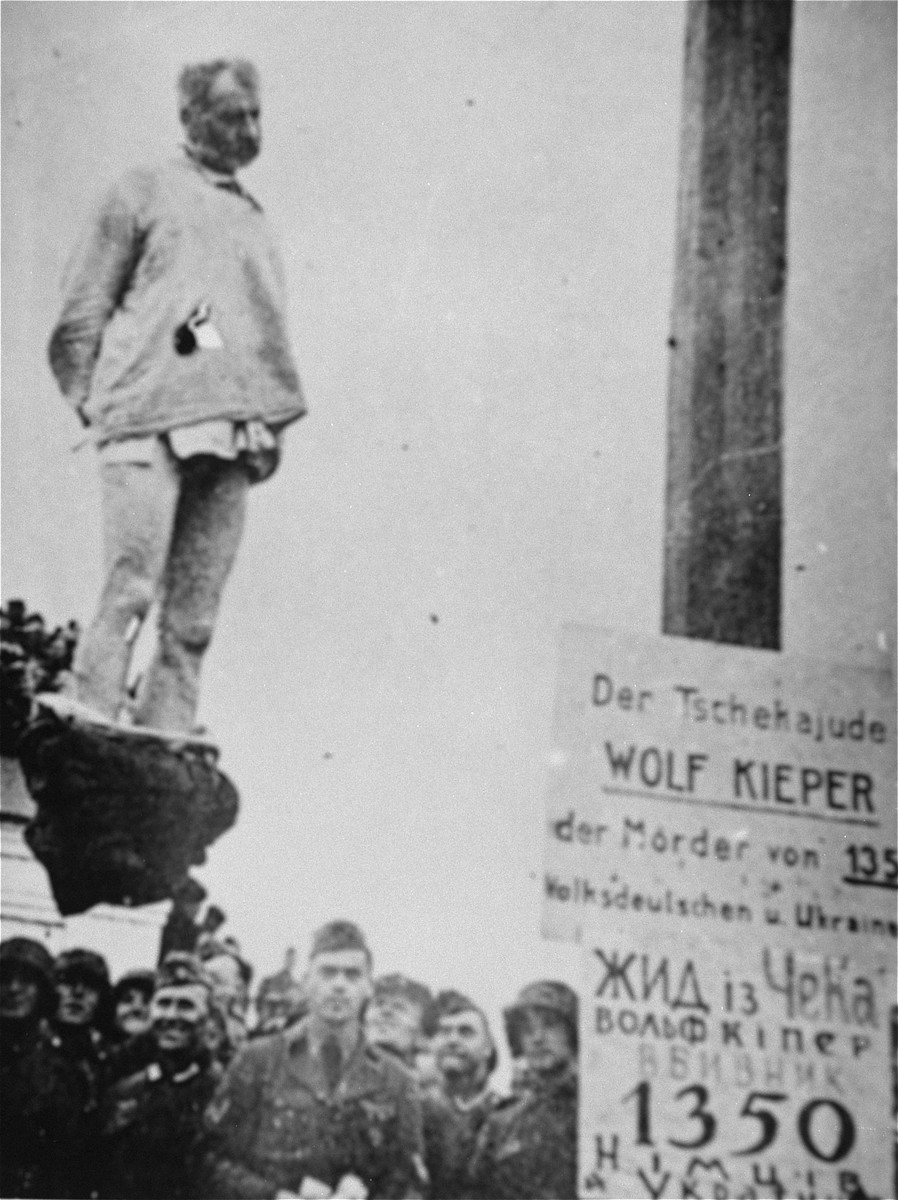 The hanging of Wolf Kieper on the market square in Zhitomir.

The sign next to him in Ukrainian and German reads "The Cheka (Soviet secret police) Jew, murderer of 1,350 ethnic Germans and Ukrainians."

Event History
Mosche Kogan and Wolf Kieper were arrested by the SD at the beginning of August 1941 for being members of the Soviet regional court. At the same time, the local German army commander ordered the arrest of more than 400 Jewish men. They were held under SS guard until a gallows could be constructed in the market square of Zhitomir. On August 7 members of the propaganda company attached to the 6th Army issued a public announcement that Kieper and Kogan would be hanged in the market square. The 400 Jews arrested by the army were made to watch the hanging and afterwards were taken to the Pferdefriedhof (horse cemetery) outside Zhitomir where they were shot by the SD and German troops.
See https://www.ushmm.org/wlc/en/article.php?ModuleId=10005130.
See Also "Zhitomir" in Encyclopedia of Camps and Ghettos, Volume 2 Part B.