Group portrait of DP youth at the International Children's Center at Prien am Chiemsee. 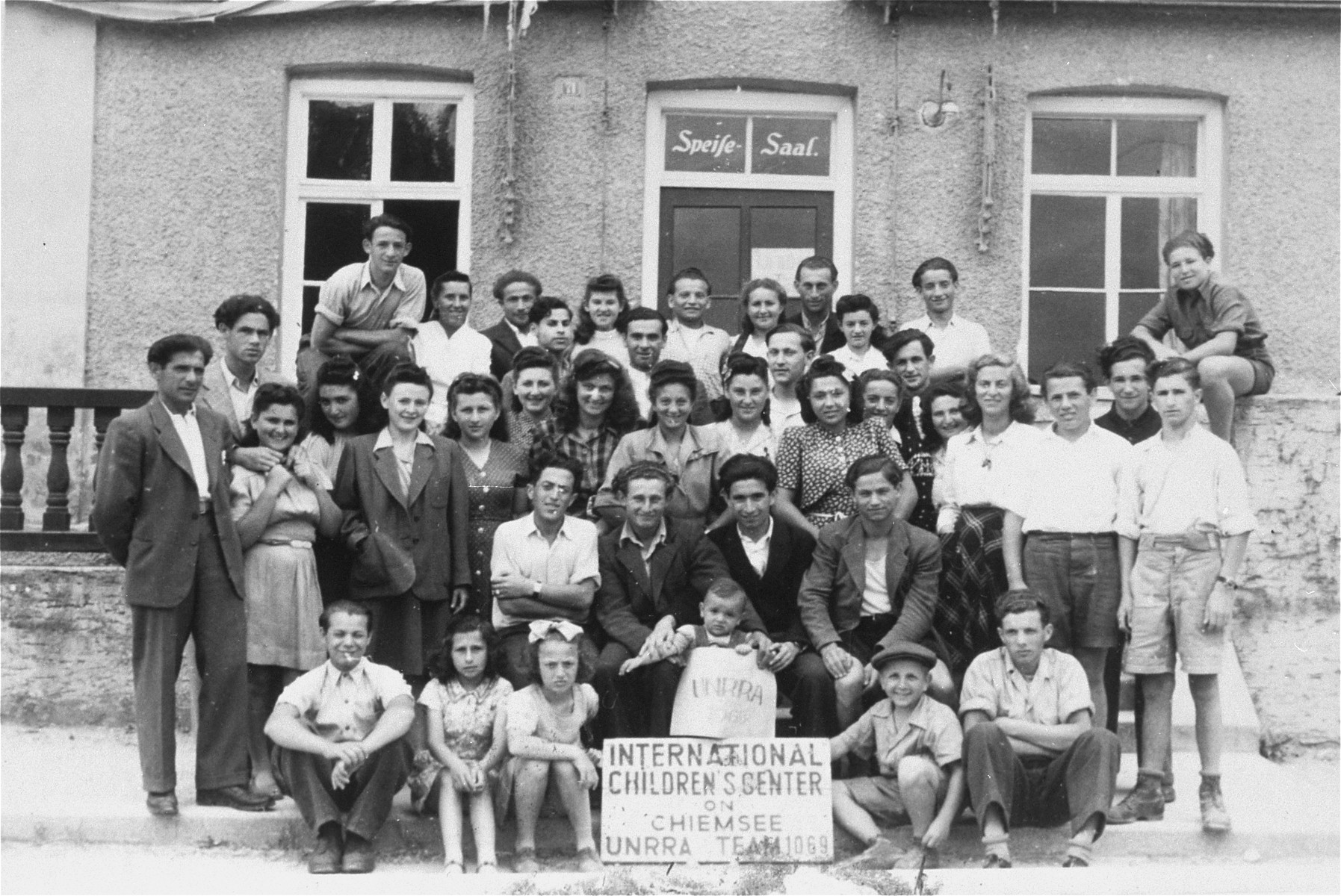 Group portrait of DP youth at the International Children's Center at Prien am Chiemsee.

Among those pictured is Genia Edlerman (back row, fourth from the left), Judith Gruber (standing in the front row, third from the left, wearing a dark suit jacket) Samuel Gruber (back row , sixth from the left, with dark hair), and their son Jack Gruber (front, directly behind the small UNRRA sign).

Event History
Prien am Chiemsee, the children's Displaced Persons camp in the Munich district, was established in 1946 (exact date unknown) and by October 19, 1946 housed 172 Jewish children. It reached its peak population on March 10, 1947, at which time there were 225 children. By December, 1948 the Jewish children were gone and it became a YMCA training center. The camp closed on June 6, 1949.
Biography
Alexander Feuer was born August 1, 1929 in Satu Mare, Hungary. A ghetto was established in the town in the spring of 1944. He lived there only a few weeks before being deported to Auschwitz in May. In August he was sent to Germany, where he was moved around between the various concentration camps in the Kaufering system until March of 1945. Four days before liberation he escaped from the Turkheim camp, but returned immediately afterwards and registered as a displaced person. At this point he was taken to Landsberg, where he remained only briefly before undertaking the trek on foot to Memmingen. There he was processed by OMGUS officials and placed in the UNRRA children's home in Chiemsee. He remained in the home until his emigration to the United States aboard the Marine Flasher in September 1947.