Studio portrait of Fela and her father, David Berliner. 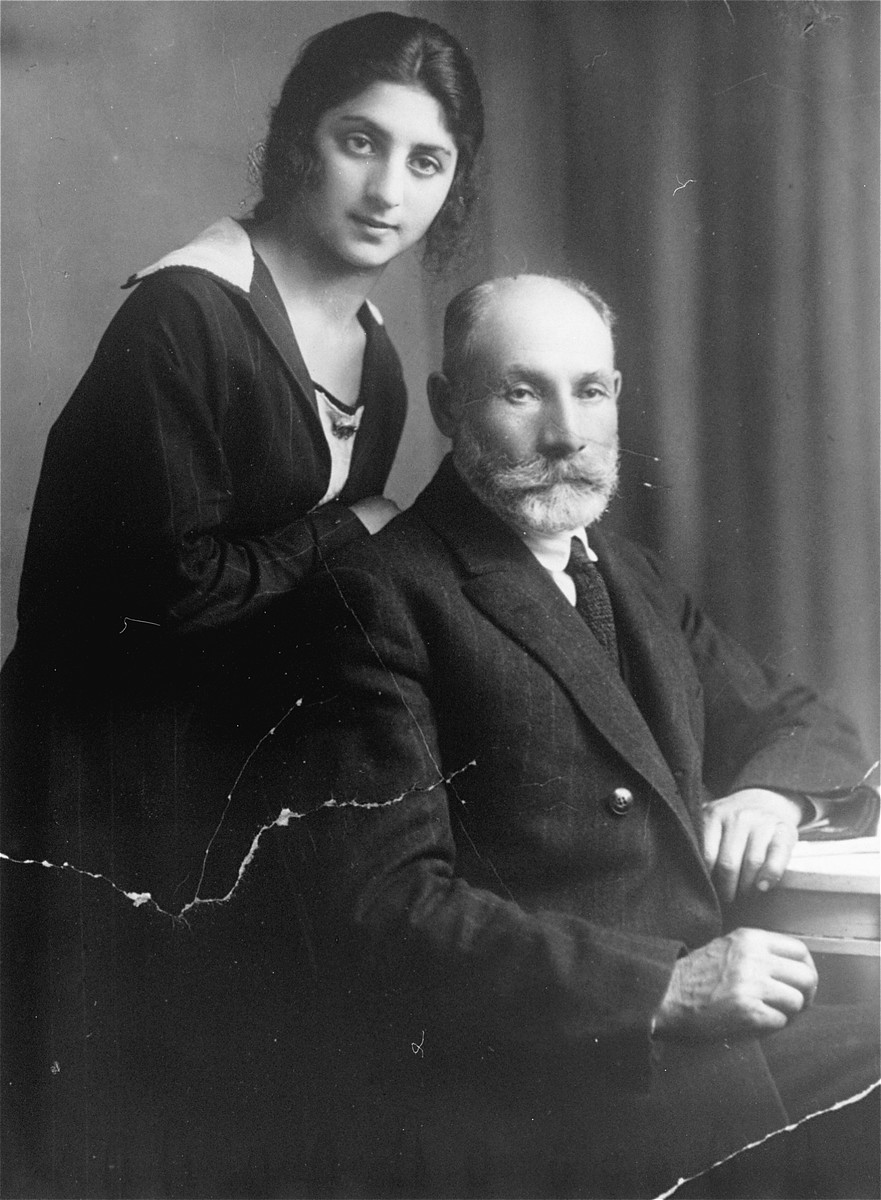 Studio portrait of Fela and her father, David Berliner.

Biography
Miki Pear (born Mirka (Berliner) is the only child of Mietek Zemel and Fela Berliner. Mirka was born on May 14, 1935 in Warsaw where her father was a violinist and professor of music. Mietek was an only child, but Fela was the youngest of eight children. Fela's father, David Berliner, owned the first flavored carbonated beverage factory in Poland called, Framboise. Fela's oldest brother, Jacob served as the factory's business comptroller. One of mother's brothers, Morris, immigrated to America during the First World War, and another brother, Martin, went to Paris to study and then immigrated to America with his wife Miriam on the last boat the start World War II. During the Blitzkrieg, Mirka and her parents left their apartment in great haste and went to the home of Fela's parents in Vola, a suburb of Warsaw to join the rest of Fela's family. There, the entire family (except for Martin, Morris and an older married sister) boarded onto three trucks and headed east in the direction of Pinsk, the hometown of Fela's mother. When the trucks reached the border at the Bug River, they learned that they would have to cross clandestinely at night in small rowboats. Mirka's grandparents, feeling they were too old to attempt the crossing and start life in a new country, decided to return to Warsaw. Most of Fela's sisters returned as well. Fela also wanted to return and remain with her family, but Mietek insisted they keep going. Everyone who returned later perished either in the Warsaw ghetto or in a concentration camp. The only family members who continued east were Mietek, Fela and Mirka, Jacob, his wife Hela and daughter Marylka and a cousin of Hela. Once in the Soviet sector, Jacob refused to renounce his Polish citizenship and was banished to Siberia with his wife and daughter. Mietek, Fela and Mirka settled temporarily in Lunietz, a town in Byelorussia. At some point during the following year, Mietek disappeared. Fela resumed the use of her maiden name, Berliner, and supported herself by knitting. Following the German invasion of the Soviet Union in the summer of 1941, Fela and Mirka were forced into a ghetto in the nearby town of Stolin. The local Roman Catholic priest had befriended Fela; he asked permission of the authorities to use Jewish labor from the ghetto to clean his church in order to assist Fela and a few other women. During these excursions out of the ghetto, Fela was able to sell her knitting and bring food back to Mirka. Fela took Mirka with her on one of these trips. She was going to meet a German customer who always offered her tea and refreshments, and she hoped the woman would give Mirka something to eat. On that same day, Fela happened to bump into Rya Shpakovskaye. Rya was the best friend of the daughter of an old friend they had met in Lunietz. She also had studied in Warsaw in the same school where Mietek had taught. Fela ran up to her and begged her to save her child saying she would be killed otherwise. Rya agreed and put Mirka, who was then four years old, into her cart. Rya was sixteen years old. Her father, now deceased, had been a Greek Orthodox priest. She lived with her mother and three brothers in the small rural village of Dubinietz in western Ukraine. Her oldest brother Nikolai was a farmer, a second brother, Jhenya, later ran off to join the partisans, and her youngest brother Valya was only two years older than Mirka. Rya also had an older sister Lyolya who lived in another town and worked in an office. Mirka stayed with the Shpakovskaye family for the next two and a half years under the assumed name, Miraslava Strilskovskaya, pretending to be Mrs. Shpakovskaye's niece. One day in either December 1944 or January 1945 a man arrived in a sled with a note from Jacob Berliner requesting that Mirka return with the driver to meet him. While waiting on a train platform, Jacob had met the woman who shared a room with Fela in the Stolin ghetto. After she told him where Mirka was hidden, Jacob immediately sent for his niece. Together with Mirka, Jacob returned to Poland supporting himself by selling goods he had acquired in Siberia on the black market. For a short while, Jacob placed Mirka in an orphanage in Warsaw while he continued the search for other relatives. Finding no one, he retrieved Mirka and brought her with him to the Bindermichl DP camp while making plans to unite with his two surviving brothers in America. Shortly before they were to sail, Mirka was surprised to meet her father. He wanted her to stay with him, but she already had a visa number and ticket to come to America. She and her uncle Jacob left Bindermichl for Bremen and arrived in New York on the June 24, 1946. A year later, Mietek also immigrated to the United States and again requested that Mirka live with him. She was then living with her uncle and aunt Morris and Emily Berliner and had become thoroughly Americanized. She did not want to start life over as a new immigrant with a man thoroughly estranged from her mother's family who did not speak English. When Miki became of legal age, her uncle and aunt officially adopted her; the same year she became engaged to Edwin Pear.