Refugees on board the MS St. Louis dance in the ship's ballroom. 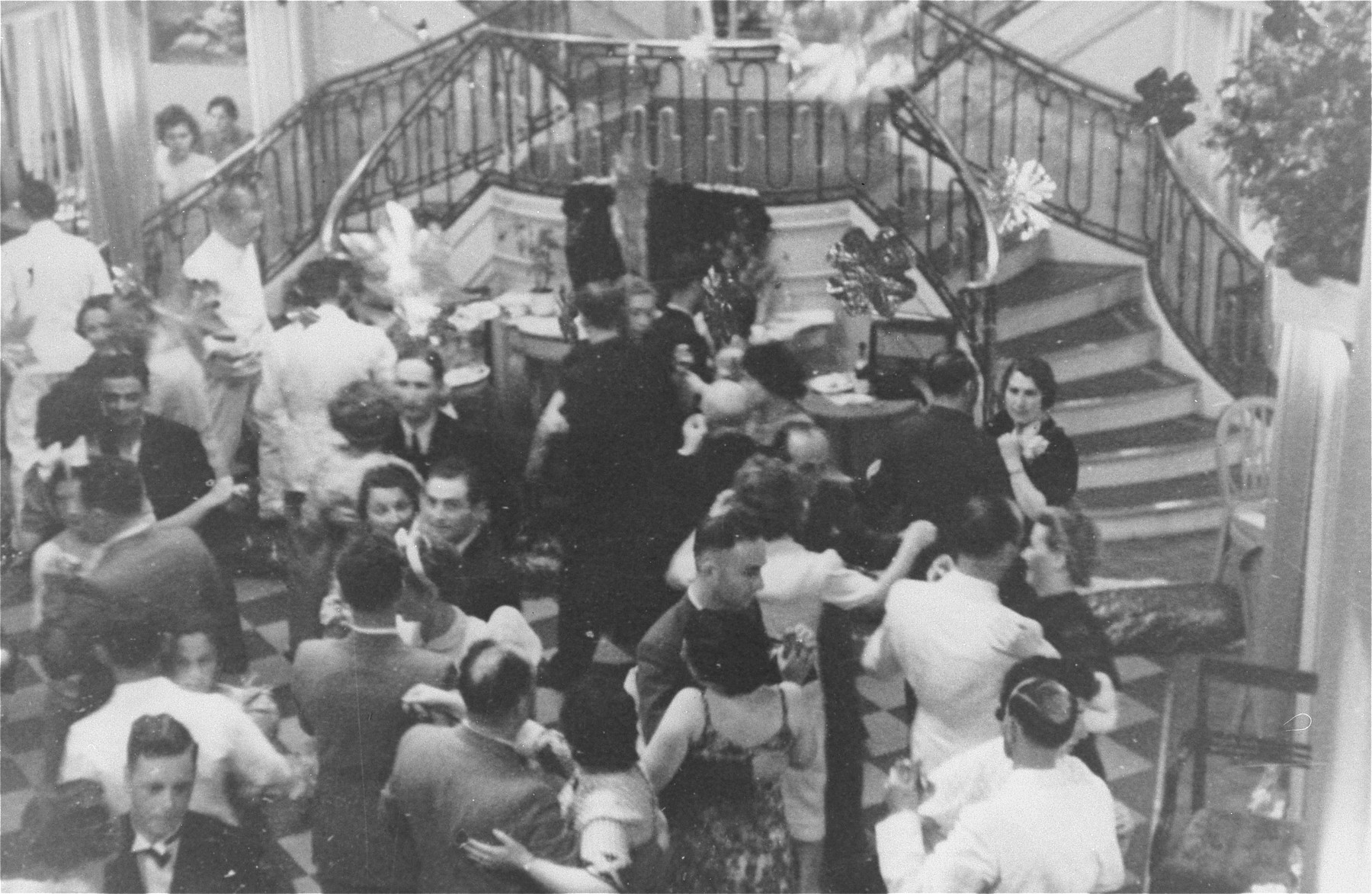 Refugees on board the MS St. Louis dance in the ship's ballroom.

Event History
The St. Louis was a German luxury liner carrying more than 930 Jewish refugees from Nazi Germany to Cuba in May 1939. When the ship set sail from Hamburg on May 13, 1939, all of its refugee passengers bore legitimate landing certificates for Cuba. However, during the two-week period that the ship was en route to Havana, the landing certificates granted by the Cuban director general of immigration in lieu of regular visas, were invalidated by the pro-fascist Cuban government. When the St. Louis reached Havana on May 27 all but 28 of the Jewish refugees were denied entry. The American Jewish Joint Distribution Committee (JDC) dispatched Lawrence Berenson to Cuba to negotiate with local officials but Cuban president Federico Laredo Bru insisted that the ship leave Havana harbor. The refugees were likewise refused entry into the United States. Thus on June 6 the ship was forced to return to Europe. While en route to Antwerp several European countries were cajoled into taking in the refugees (287 to Great Britain; 214 to Belgium; 224 to France; 181 to the Netherlands). Only those who were accepted by Great Britain found relative safety. The others were soon to be subject once again to Nazi rule with the German invasion of western Europe in the spring of 1940. A fortunate few succeeded in emigrating before this became impossible. In the end, many of the St. Louis passengers who found temporary refuge in Belgium, France and the Netherlands died at the hands of the Nazis, but the majority survived the war.
Biography
The Altschul family from Hamburg, Germany were passengers aboard the MS St. Louis. At the end of 1938 Hans Altschul, the donor's father, was arrested and sent to Buchenwald, where he remained for one month. Efforts by the family to flee the country resulted in their securing Cuban documents and passage aboard the St. Louis. When the refugee ship was sent back to Europe the Altschul family was given refuge in England, where they arrived on August 27, 1939. The family settled in London and has remained there ever since.

Fritz Dieter Vendig is the son of Ernst and Charlotte Vendig. He was born in 1932 in Kaiserslautern, Germany, where his family owned a men's clothing store. He had one brother, Heiner (b. 1937). After the business was Aryanized by the Nazis, the family moved to Berlin. Fritz' father was arrested on Kristallnacht. After his release, the family decided to immigrate to the United States where Charlotte's brother and sister lived. They booked passage on the MS St. Louis and shipped all their furniture and household goods to New York. The members of the family that boarded the St. Louis were Ernst, Charlotte, Fritz, Heiner and Ernst's mother, Paulina Vendig. The very next day, the port of Hamburg was closed to Jewish goods. After the St. Louis was forced to return to Europe, Ernst became a member of the passenger committee. The family disembarked in Belgium, and Ernst was immediately arrested as an enemy alien. After Germany invaded Belgium, Ernst was deported to southern France and interned in the camps of St. Cyprien, Gurs, Les Milles and Aubagne from March 1940 through 1942. Charlotte moved the rest of the family to Provence to be near Ernst. Eventually all the family was interned in Rivesaltes. Charlottes's sister, who lived in Switzerland, managed to get the family to Zurich by disguising herself as a Red Cross worker and obtaining false passports for the family. They immigrated to the United States in 1946.