Portrait of the Wiernik family in Sosnowiec. 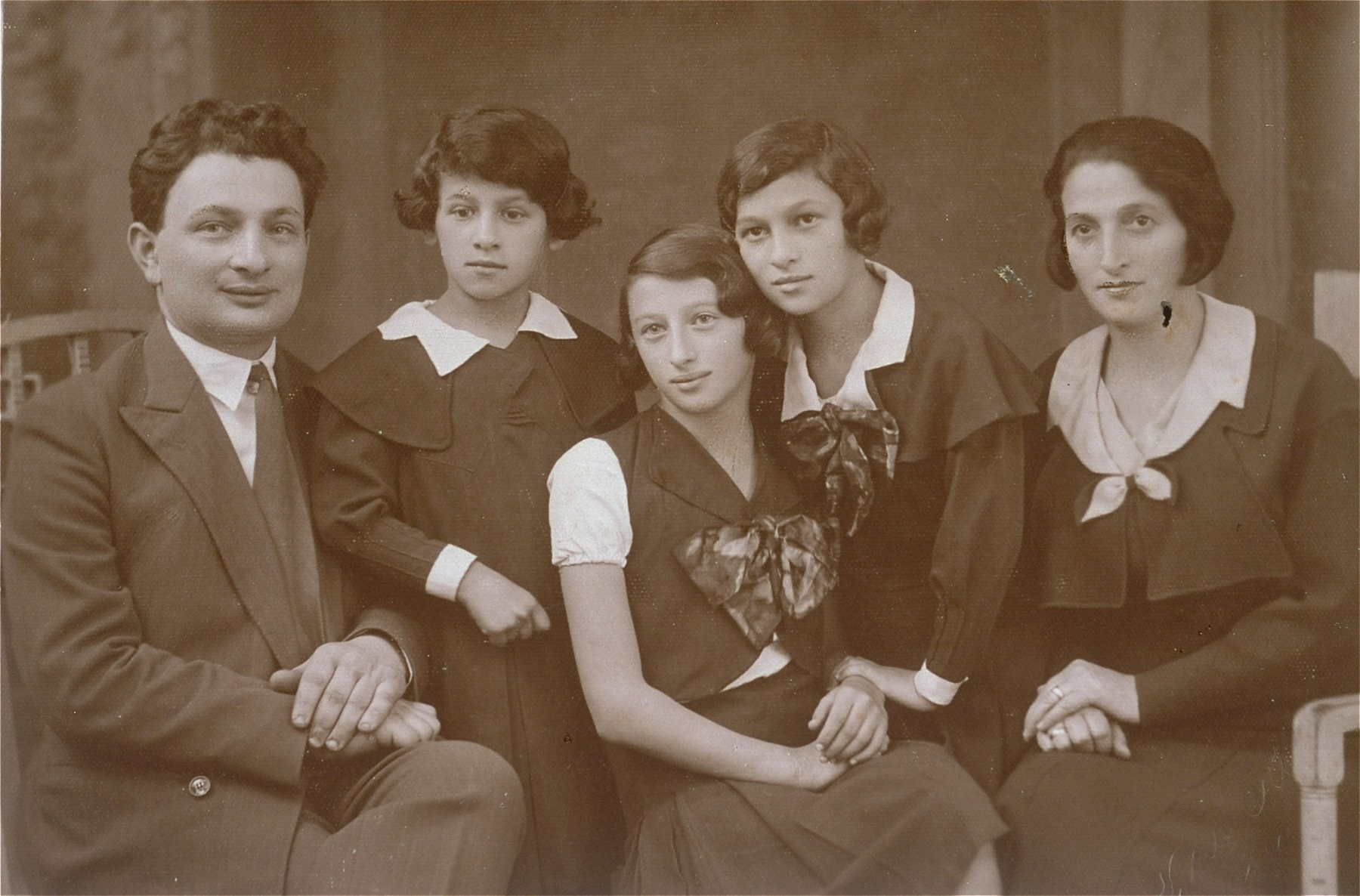 Portrait of the Wiernik family in Sosnowiec.

Pictured from left to right are: Szymon Avigdor, Chava, Mania and Chana, and Hinda (Kastenberg) Wiernik.

Biography
Hanka Schlesinger (born Chana Wiernik) is the daughter of Szymon Avigdor and Hinda (Kastenberg) Wiernik from Sosnowiec, Poland. Chana had two sisters: Chava and Mania. Her father died in 1938 at the age of 42. During the war her mother and sisters were deported to Auschwitz, where they were killed in 1942. Chana was deported first to the Gogolin labor camp in Upper Silesia before being transferred to Gleiwitz. She survived the evacuation death march to Ravensbrueck and Neustadt-Glewe. After the liberation Chana returned to Sosnowiec, where she joined a Zionist collective and worked at a Jewish orphanage. In 1946 she left for Palestine aboard an illegal immigrant ship, but was deported to Cyprus by the British. During her internment she met Benjamin Szlezyngier, whom she married on October 25, 1946. Three months later the couple was given permission to settle in Palestine.