Reproduction of the cover letter which accompanied Dr. Sigmund Rascher's report to Heinrich Himmler on the earliest findings of high altitude experiments performed on prisoners at Dachau. 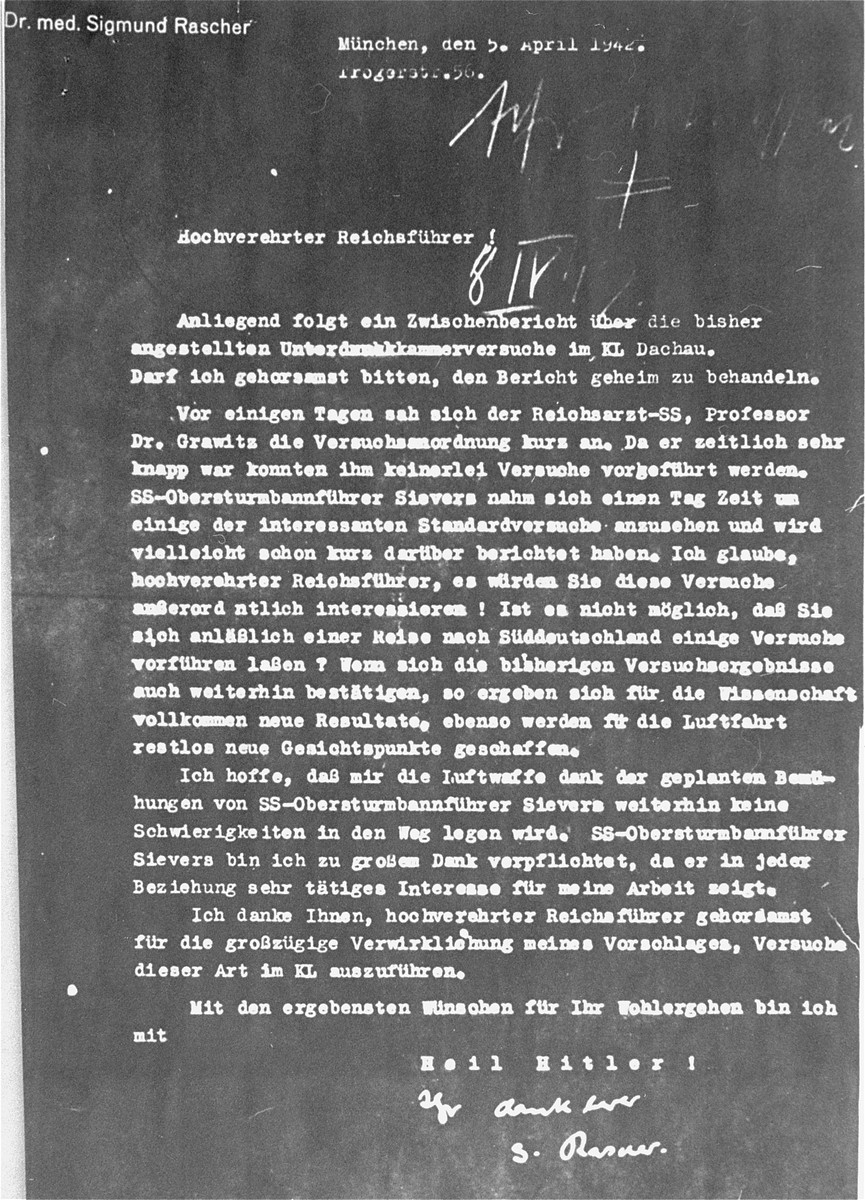 Reproduction of the cover letter which accompanied Dr. Sigmund Rascher's report to Heinrich Himmler on the earliest findings of high altitude experiments performed on prisoners at Dachau.

The letter was submitted as evidence at the Medical Case (Doctors') Trial in Nuremberg.