Group portrait of children in the Zeilsheim DP camp. 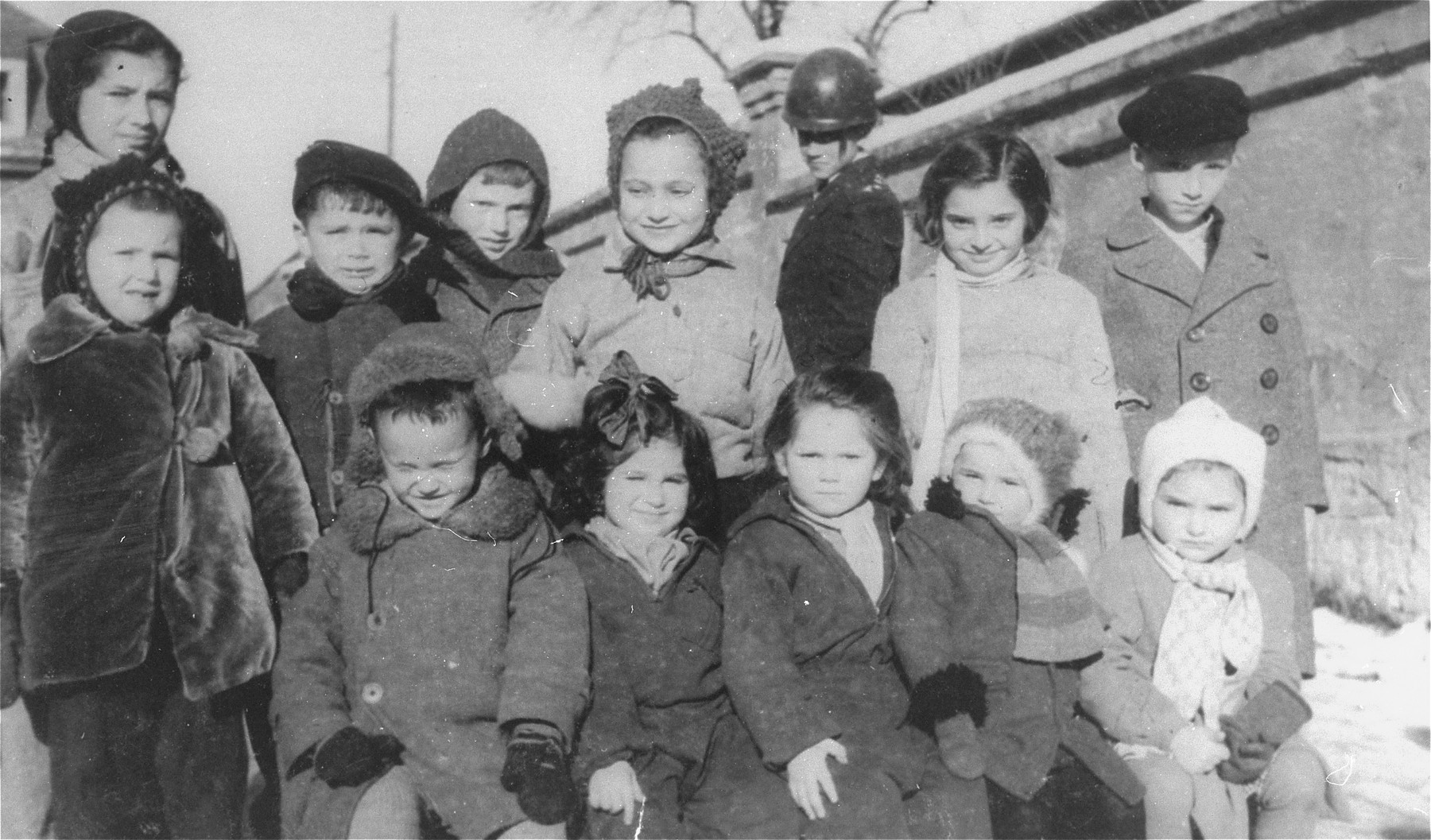 Group portrait of children in the Zeilsheim DP camp.

Biography
Henia Wisgardisky (now Henia Lewin) is the daughter of Jona and Gita (Salat) Wisgardisky from Kovno, Lithuania. In the summer of 1941 soon after the German invasion of Lithuania, the Wisgardisky family was forced into the Kovno ghetto. During the Children's Action of 1942, Henia was hidden in a secret room that her father built in a pantry in their apartment. Later she was smuggled out of the ghetto and placed with the Stankiewicz family. Jonas Stankiewicz had worked as the foreman in Jona Wisgardisky's chemical plant before the war, and had taken it over after the occupation. After successfully securing a hiding place for their daughter, the Wisgardiskys fled from the ghetto. They found refuge on a potato farm, where they lived in a root cellar. After the war they recovered Henia from the Stankiewicz family and made their way to Germany. For several years they lived in the Zeilsheim displaced persons camp before emigrating to Palestine. Later the family moved to Canada.
Shoshana Sarid (born Bluma Berk) survived the war in hiding with a Lithuanian family. Bluma's father, Berl Berk, was killed by the Germans at the Fourth Fort in Kovno, during the Intelligenzaktion (the action against intellectuals) on August 18, 1941. Her mother, Yente, was deported to Stutthof, but survived.