Three Jewish friends pose for a picture on the banks of the Nemanas River in Kovno. 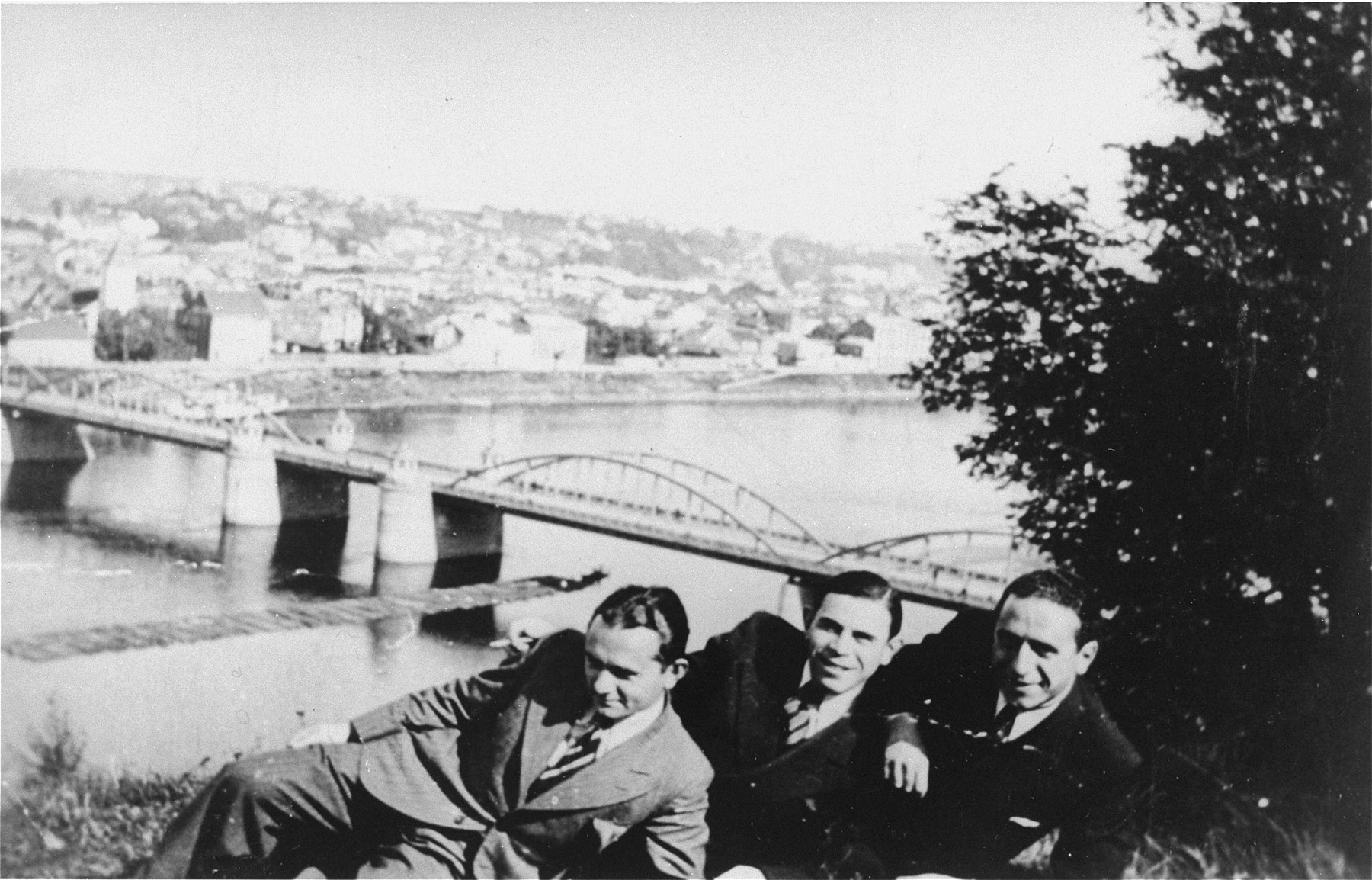 Three Jewish friends pose for a picture on the banks of the Nemanas River in Kovno.

Pictured from left to right are: Jankel Selsky, Jona Wisgardisky (the donor's father), and Shabbtai Poner. All three survived the war.