Three Jewish DPs pose outside at the Cinecitta displaced persons camp in Rome. 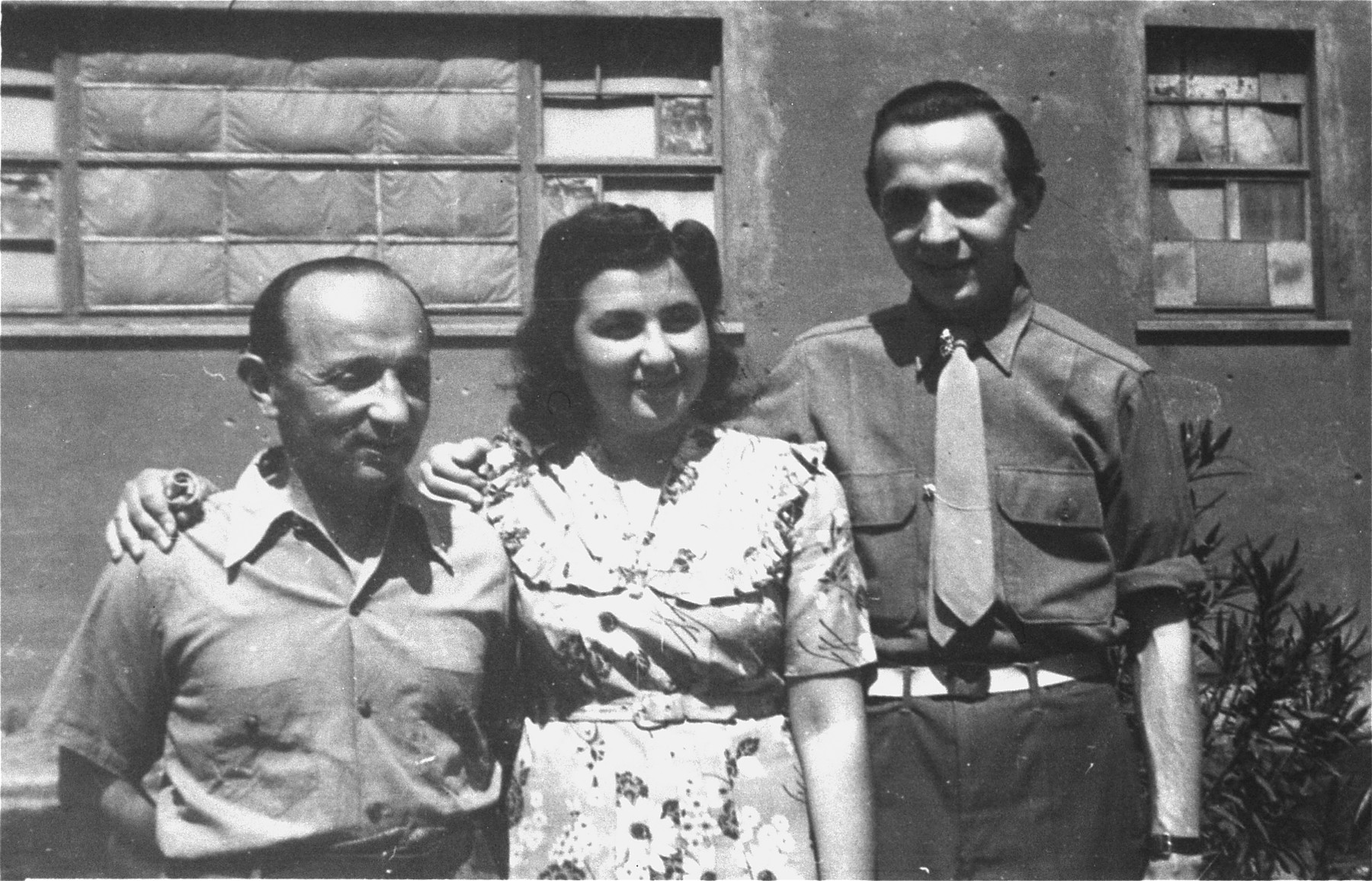 Three Jewish DPs pose outside at the Cinecitta displaced persons camp in Rome.

From left to right are Edward Arzt and his children Evelyn (later Bergl), and Heinz.

Biography
Evelyn Bergl (born Evelyn Arzt) is the daughter of Edward and Hermine Arzt. She was born on August 4, 1931 in Vienna Austria, and her older brother Heinz was born in 1927. Soon after the Anschluss in 1938, Edward was arrested sent to Dachau and Buchenwald. Evelyn and her brother went to live with their grandparents while their mother struggled to find a way out for her husband. After a year, Edward was freed from Buchenwald and given 24 hours to leave Austria. He returned home and immediately left for Milan, Italy. Hermine Arzt and the two children joined him there. From there the family relocated numerous times. From Milan they went to Ventimiglia, near the French border in the hopes of going to France. When that didn't work out, they went to Genoa where they stayed for eight or nine months. Hermine and the two children were sent to Viggiano, and Edward was sent elsewhere. The family was rounded up and incarcerated in the Ferramonti di Tarsi concentration camp in southern Italy from 1941-1942. From there they went to Pari, near Siena and then hid in the Siena woods for about a year. They were finally liberated and returned to Pari. Afterwards, they went the Cinecitta a displaced persons' camp in Rome where they stayed for three years. They came to the United States in 1947. In 1954 Evelyn married Zdenko Bergl a survivor from Croatia whom she had first met in Cinecitta.