Portrait of Friedl Dicker-Brandeis as a student at the Weimar Bauhaus. 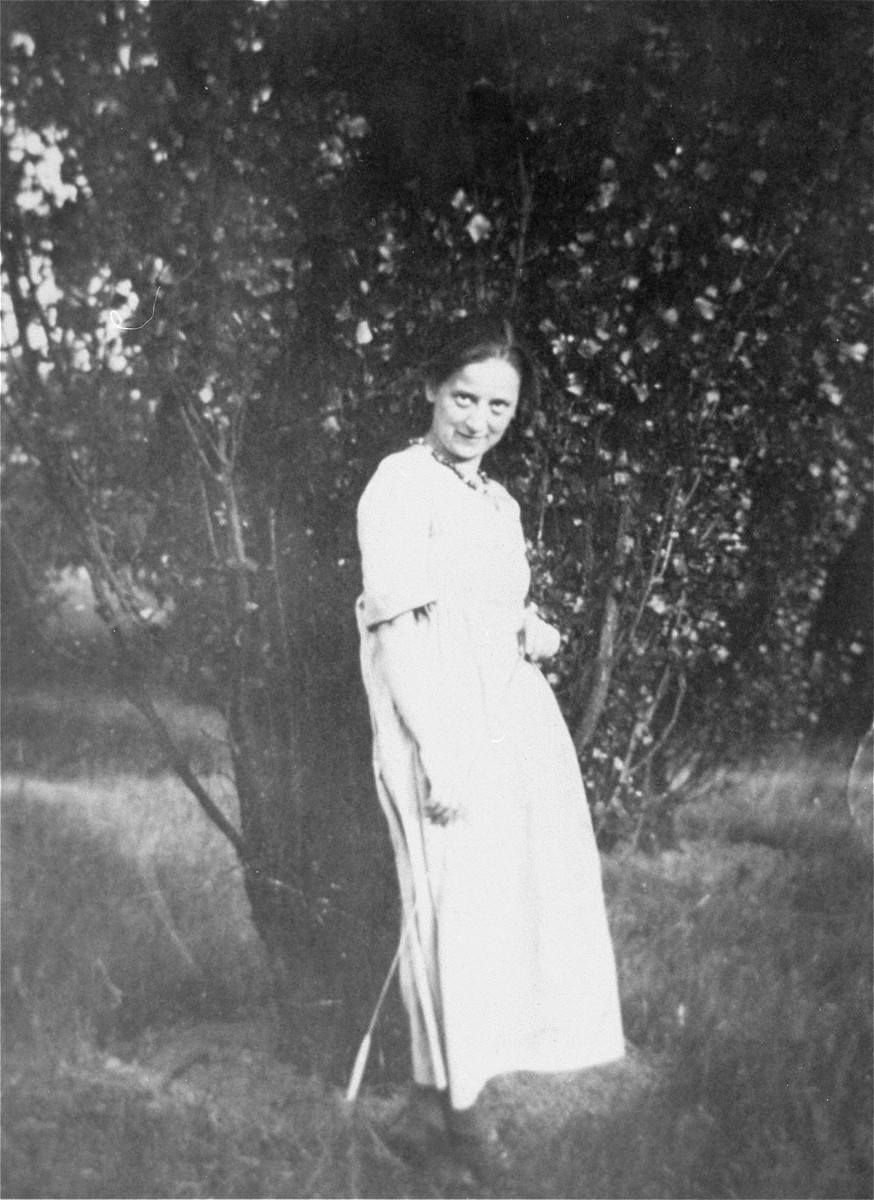 Portrait of Friedl Dicker-Brandeis as a student at the Weimar Bauhaus.

Biography
Friedl (Frederike) Dicker-Brandeis (1898-1944), Bauhaus-trained artist of Austrian Jewish origin who spent her last two years teaching art to children in the Theresienstadt ghetto/concentration camp. Friedl was born and raised in Vienna by her widowed father, Simon Dicker (her mother died before she was four). A stationery store assistant, Simon encouraged Friedl's early interest in art by providing her with art supplies from his store. Friedl began her formal training in art at the age of 16. Four years later, in 1920, she followed her teacher, Johannes Itten, to Weimar, Germany, to study at the new Bauhaus school of art and design. She flourished there, producing works in a broad range of media, including oil painting, charcoal drawing, poster art, weaving, jewelry, textiles, furniture and architecture. While still a student, Friedl was invited to join the faculty of the Bauhaus in recognition of her remarkable teaching skills. During the 1930s Friedl became involved in communist political activity and the struggle against fascism. She was jailed briefly during the events surrounding the abortive pro-Nazi putsch in Vienna in July 1934. Following her release from prison, Friedl fled to Prague, where she married Pavel Brandeis, a distant cousin. She continued to paint while teaching art to refugee children. After the Nazi annexation of the Sudetenland in 1938, Friedl and Pavel fled to nearby Hronov, where they found work in a textile factory. Friedl encouraged Pavel, a professional accountant, to learn carpentry, a skill that later saved his life as a slave laborer in Auschwitz. On December 17, 1942, the couple was deported from Hradec Kralove to Theresienstadt. Friedl brought her art supplies with her, and in the camp taught drawing in daily classes to hundreds of children. Many of the children's drawings were later published in the well-known compilation, "I Never Saw Another Butterfly: Children's Drawings and Poems from Terezin Concentration Camp, 1942-1944." Friedl herself produced numerous landscapes, portraits, and abstracts during her incarceration. On October 9, 1944, Friedl volunteered to join her husband when he was selected for deportation to Auschwitz on Transport No. 167. Three days later she was gassed.