Major Herman Bolker, a member of the war crimes investigation team, performs an autopsy on an exhumed Polish victim who was put to death at the Hadamar Institute. 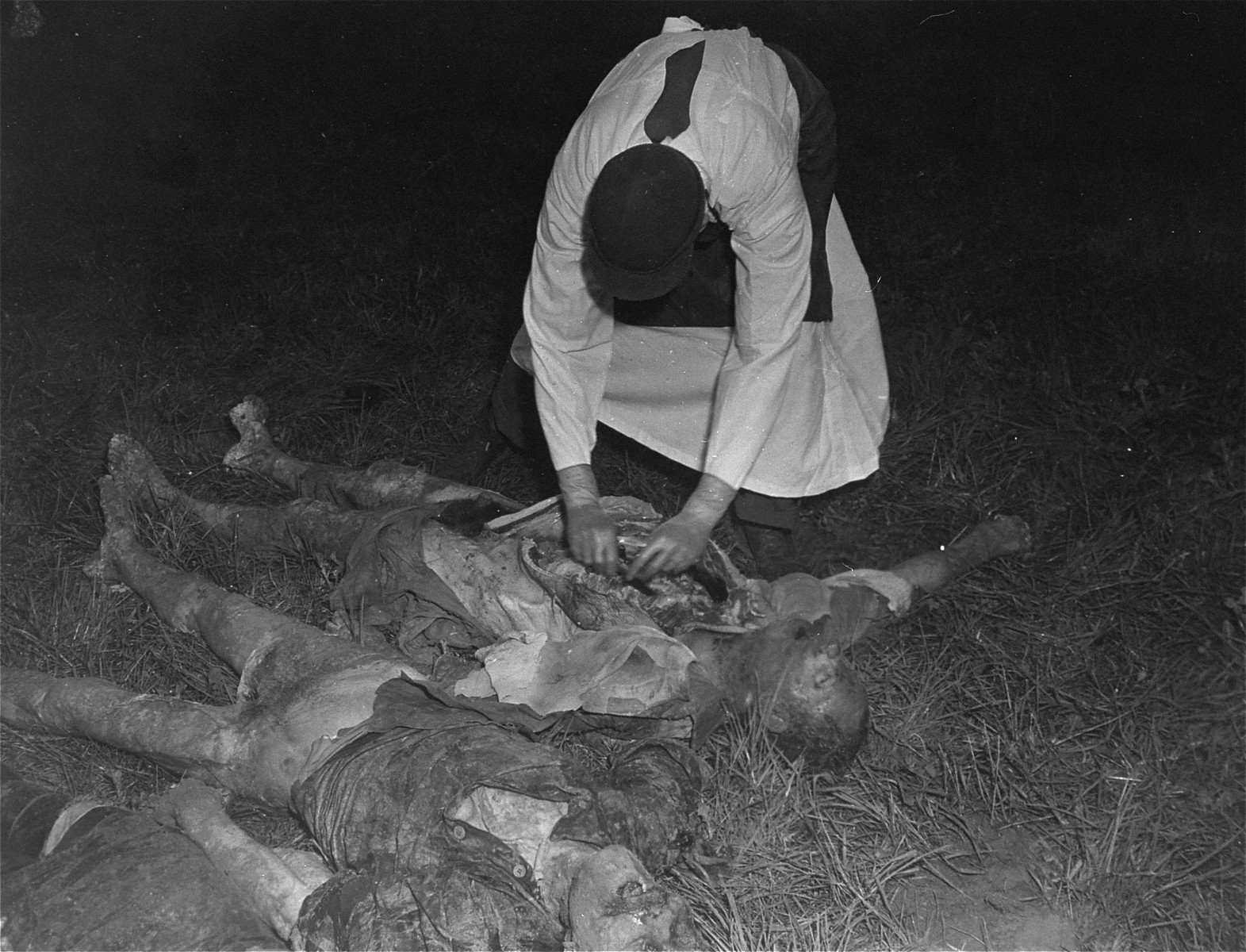 Major Herman Bolker, a member of the war crimes investigation team, performs an autopsy on an exhumed Polish victim who was put to death at the Hadamar Institute.

The photograph was taken by an American military photographer soon after the liberation.