Japanese-American soldiers with the 522nd Field Artillery battalion, pose outside the destroyed Berghof, Hitler's mountain retreat in the Bavarian Alps. 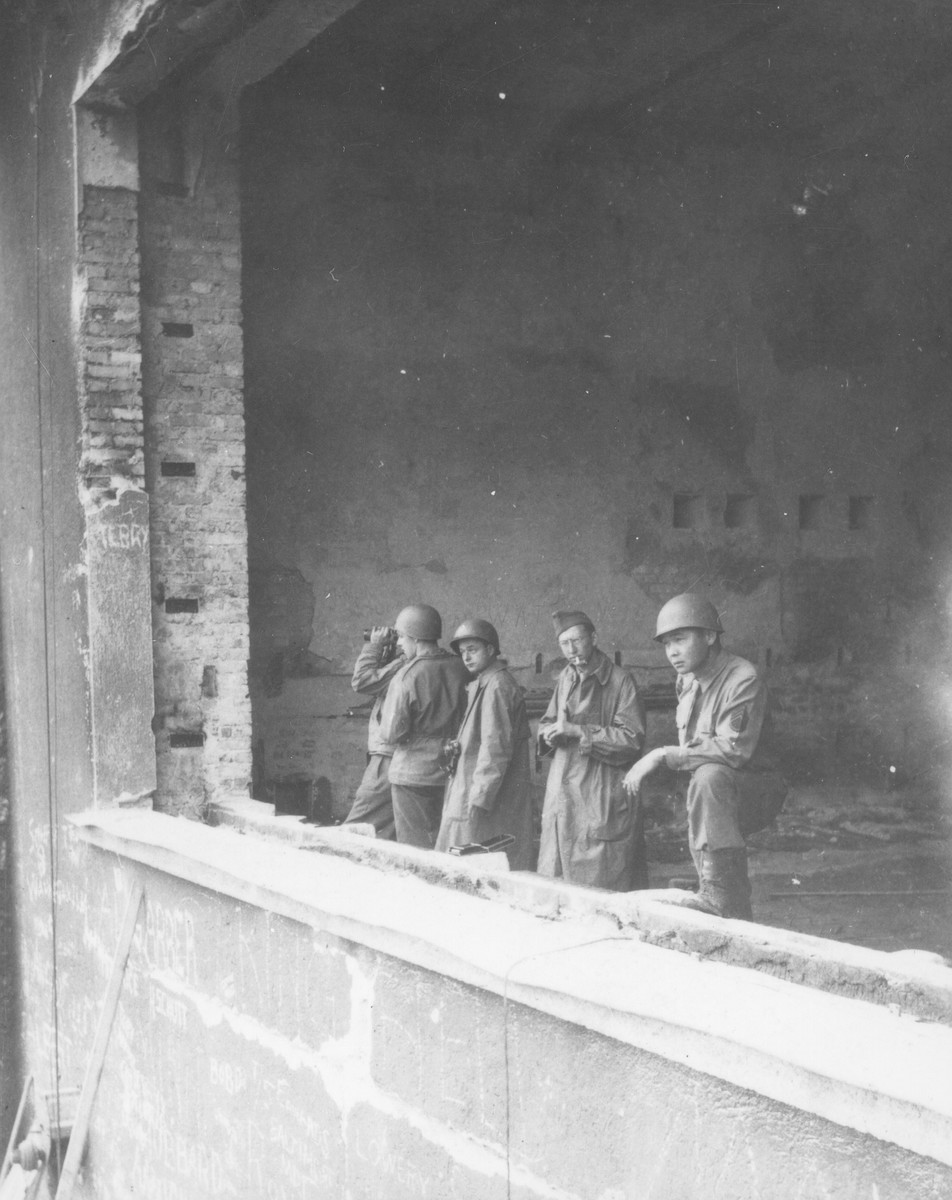 Japanese-American soldiers with the 522nd Field Artillery battalion, pose outside the destroyed Berghof, Hitler's mountain retreat in the Bavarian Alps.

The 522nd Field Artillery operated as an independant battalion in the southern German campaign in the spring of 1945. The enlisted men of the battalion were all Japanese Americans from the west coast and Hawaii. Units of this battalion liberated prisoners on one of the death marches from Dachau near the town of Waakirchen on May 2, 1945.