The Israeli ambassador in Paris presents Agnes Bertrand with a plaque naming her as one of the Righteous Among the Nations. 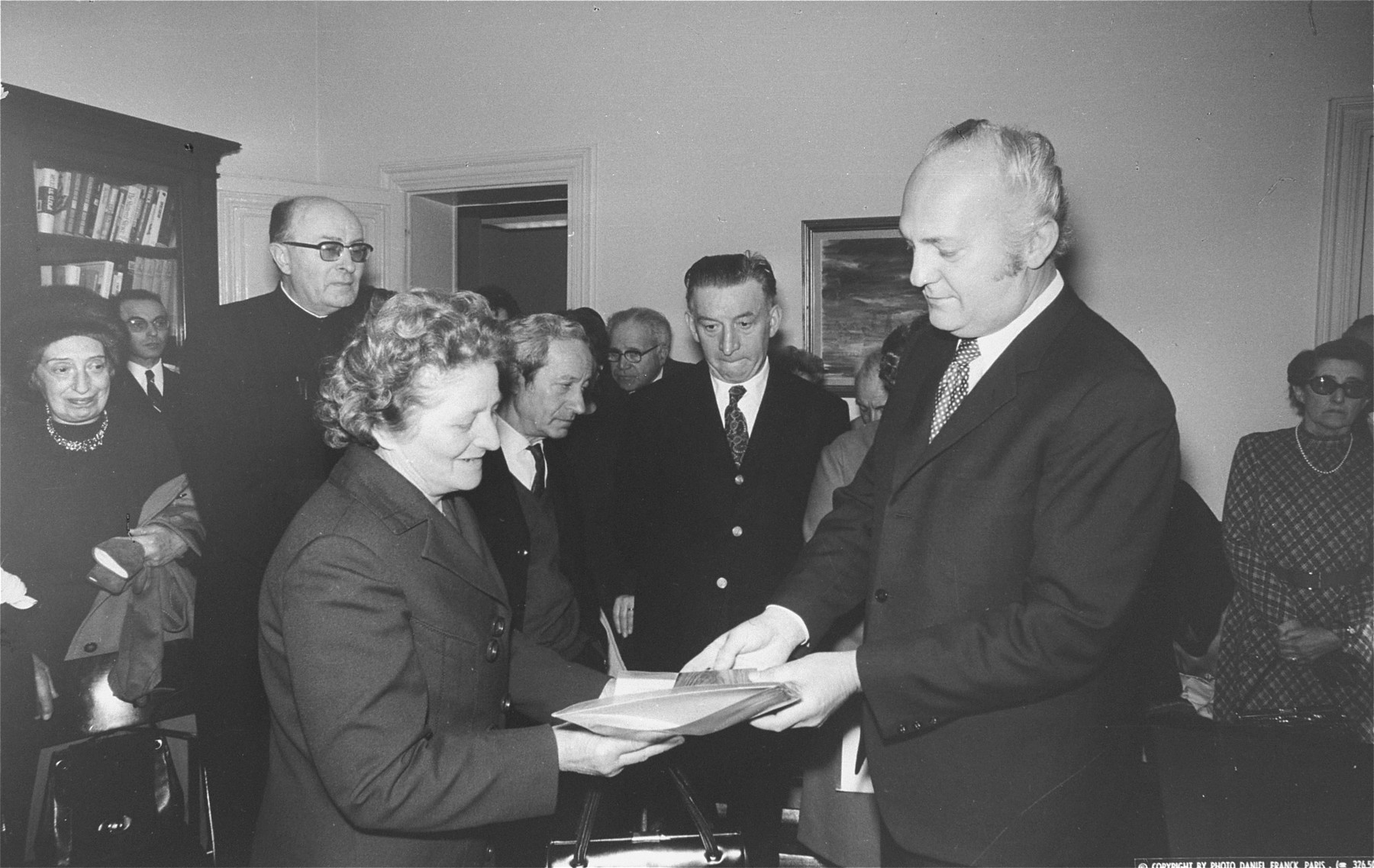 The Israeli ambassador in Paris presents Agnes Bertrand with a plaque naming her as one of the Righteous Among the Nations.

Biography
Agnes Bertrand and her husband, Lucien, owned a bakery in the southern French town of Lagrasse. In May 1944 they were approached by a Jewish woman named Paula Neiger (later Tattmar) who asked for help in locating a friendly peasant who might be willing to hide her. The Bertrands responded by offering her shelter in a room above their baking oven. At Paula's request, they also agreed to take in her friend, Martin. The Bertrands told them from the beginning that they would not take any money from them, since saving their lives would be reward enough. For the next three months, Paula and Martin remained in their house. At first the Bertrands did not even disclose Paula and Martin's existence to their three daughters, but when they became suspicious, they were let in on the secret. The girls responded by embracing the Jewish refugees. When the Gestapo learned that a local resistance leader had visited the bakery, they threatened to search the premises, and the Bertrands made ready to move Paula and Martin to a new hiding place. A few weeks later, however, in August 1944, the area was liberated. Agnes and Lucien Bertrand were later recognized by Yad Vashem as Righteous Among the Nations.