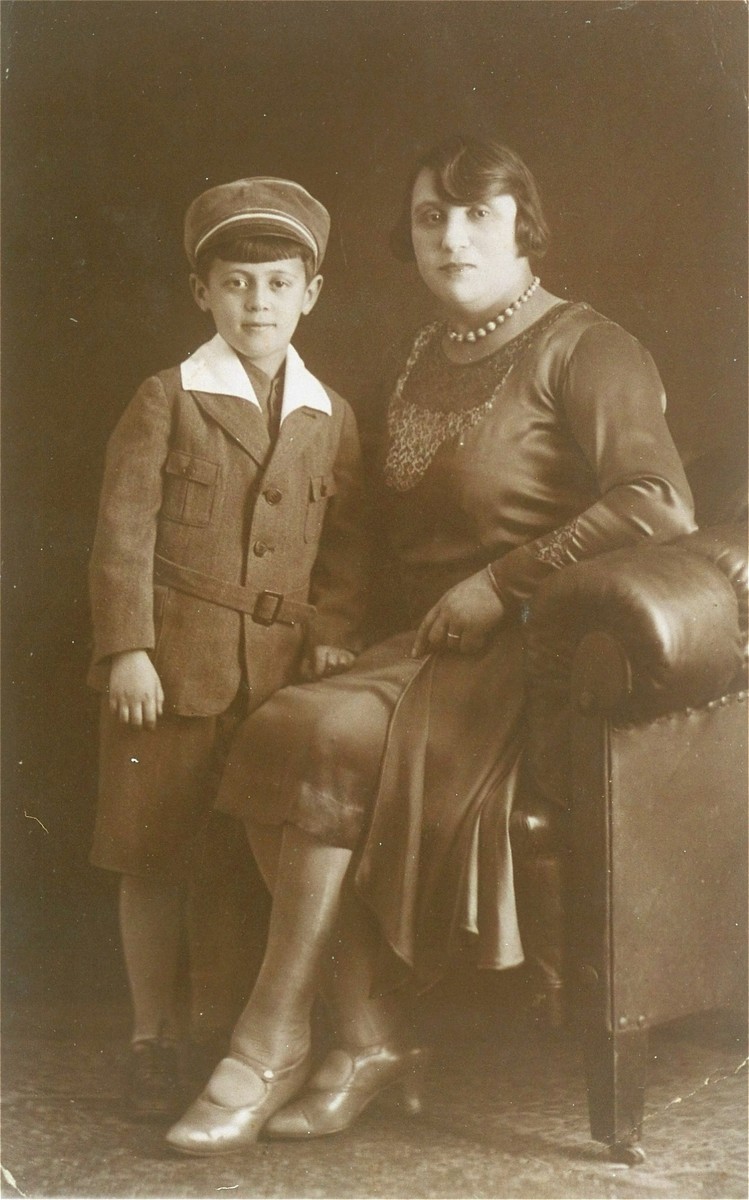 Biography
Abraham Muhlbaum is the son of Salomon (Shlomo) and Chana Muhlbaum. He was born in Berlin on August 11, 1922. His mother died in 1928, and the following year his father married Mindel Hackel. Salomon and Mindel had three more children: Mayer, Bilah and Arieh. The family remained in Berlin until October 1938, a few weeks before Kristallnacht, when they fled to Amsterdam. They found refuge in the Netherlands until January 28, 1943, when all the members of the Muhlbaum family, except Abraham, were deported to Westerbork. Abraham eluded capture during the round-up by escaping over the rooftops. For a few weeks after the round-up he remained in his apartment, but gradually established a new life as a member of the Dutch resistance group of Kurt Reininger, Shushu Simon, and Joop Westerweel. Some months after his family's arrival in Westerbork, Abraham received a letter from his father about German plans to exchange Jewish prisoners for German Templars interned in Palestine. His father asked him to send proof that the British would permit the family to immigrate. Abraham forged a telegram to this effect, and the Muhlbaums were transferred to the international camp in Bergen-Belsen. On June 7, 1944 the donor's parents and three siblings departed for Palestine by train, via Turkey and Syria. Meanwhile, five months earlier, Abraham had been arrested as a member of the resistance. Fortunately, his Jewish identity was never detected. After being incarcerated in several prisons and transit camps, he was deported to Neuengamme on May 24, 1944. As a "Nacht und Nebel" [Night and Fog] prisoner, he was entirely cut off from the outside world. No one knew his whereabouts, or even if he was alive. After three weeks at Neuengamme, he was transferred to the Natzweiler concentration camp near Strasbourg, and from there, to Dachau, in September 1944. Following the liberation of Dachau on April 29, 1945, Abraham returned to the Netherlands, where he remained until immigrating to the U.S. in the 1950s.