Group photo of the first grade class at the Tachkemoni Jewish private school in Antwerp. 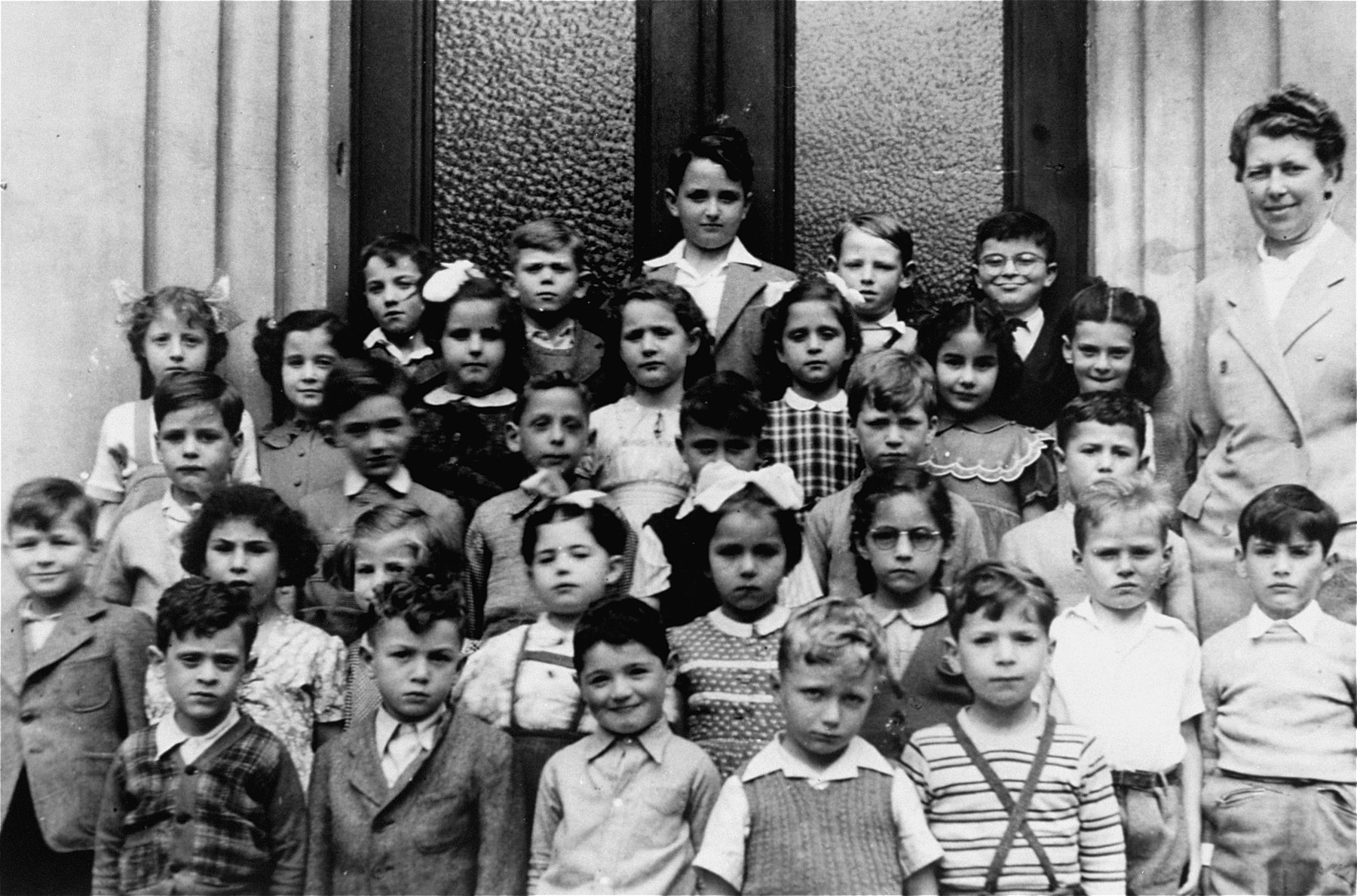 Group photo of the first grade class at the Tachkemoni Jewish private school in Antwerp.

Jeanine Ament, is pictured in the second row from the front, fourth from the right. The teacher is Mme Boucher.