Portrait of a student in the courtyard of a yeshiva in Zamosc. 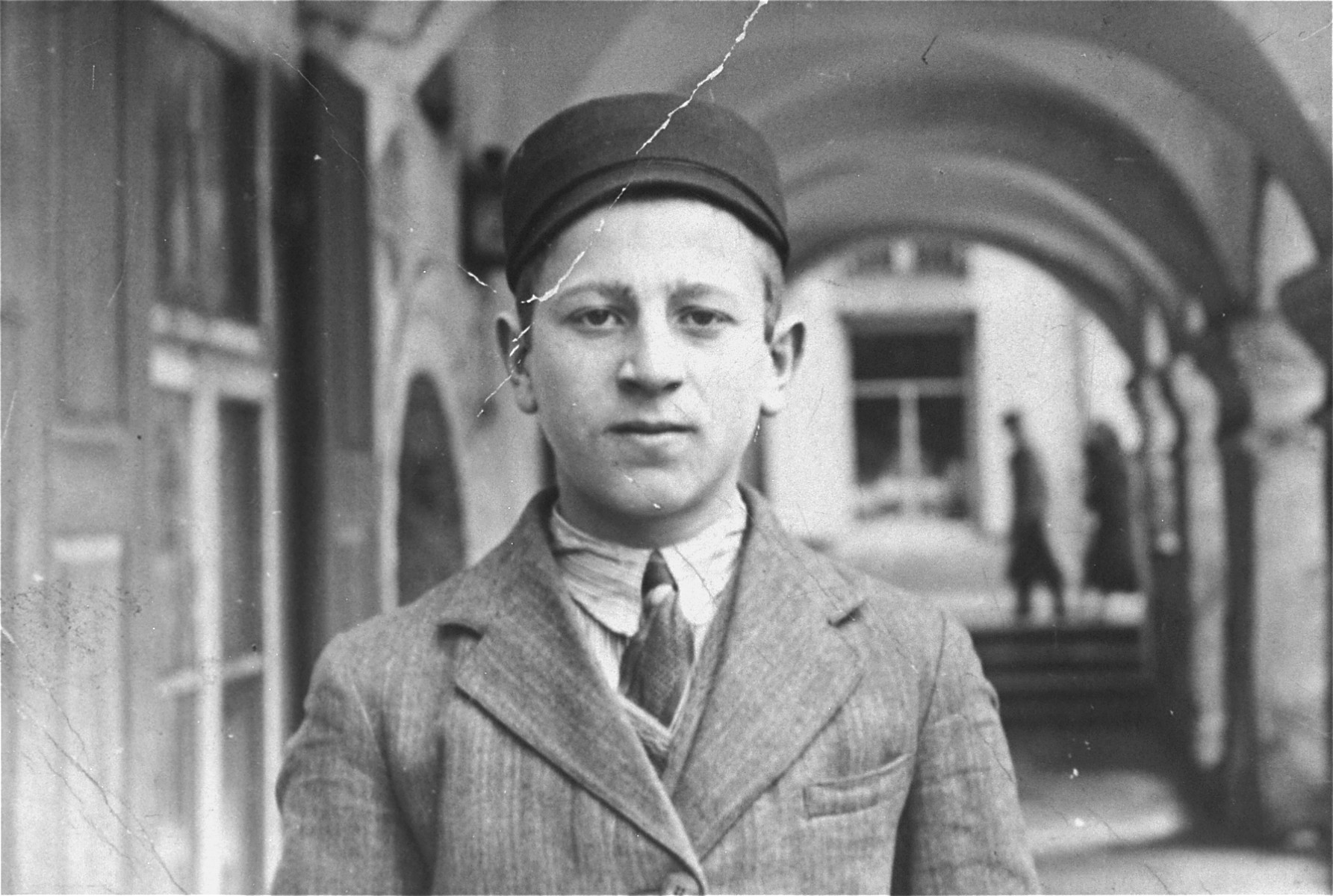 Portrait of a student in the courtyard of a yeshiva in Zamosc.

Biography
Bluma Fischer (born Bluma Frajd) is the daughter of Mojsze and Grina Frajd. She was born June 16, 1920 in Zamosc, where her father was a locksmith and her mother owned a grocery store. Bluma had six siblings: Gitl (b. 1906), Rachmiel (b. 1912), Elke (b. 1916), Lajzer (b. 1922), Ita (b. 1924) and Dobe (b. 1926). Bluma's brother Rachmiel left Poland for Moscow in 1935, together with his wife and child. Several weeks after the German invasion of Poland, Bluma left Zamosc, urged by her father to join Rachmiel in Russia. She traveled first to Rovno and then to Dzerzhinsk. In June 1941 Bluma escaped to Serdobsk, where she worked in a sewing factory. In 1942 she was relocated by the NKVD to Chelyabinsk in the Ural Mountains to work in a munitions factory. In 1946 Bluma returned to Poland, and after a few months, left for Germany with the Bricha. She settled in the Wetzlar displaced persons camp, where she met and married Lajb Fischer from Sokal. The couple immigrated to Canada in March 1949 on board the SS General Black. Bluma's father died in the Zamosc ghetto in 1941. Her mother and younger siblings were shot by the Germans in Izbica in 1942. Elke was killed in Warsaw with her family, and Rachmiel died in a Siberian labor camp after being arrested by the NKVD in 1937.