Serbian civilians who are being forced to convert to Catholicism by the Ustasa regime stand in front of a baptismal font in a church in Glina. 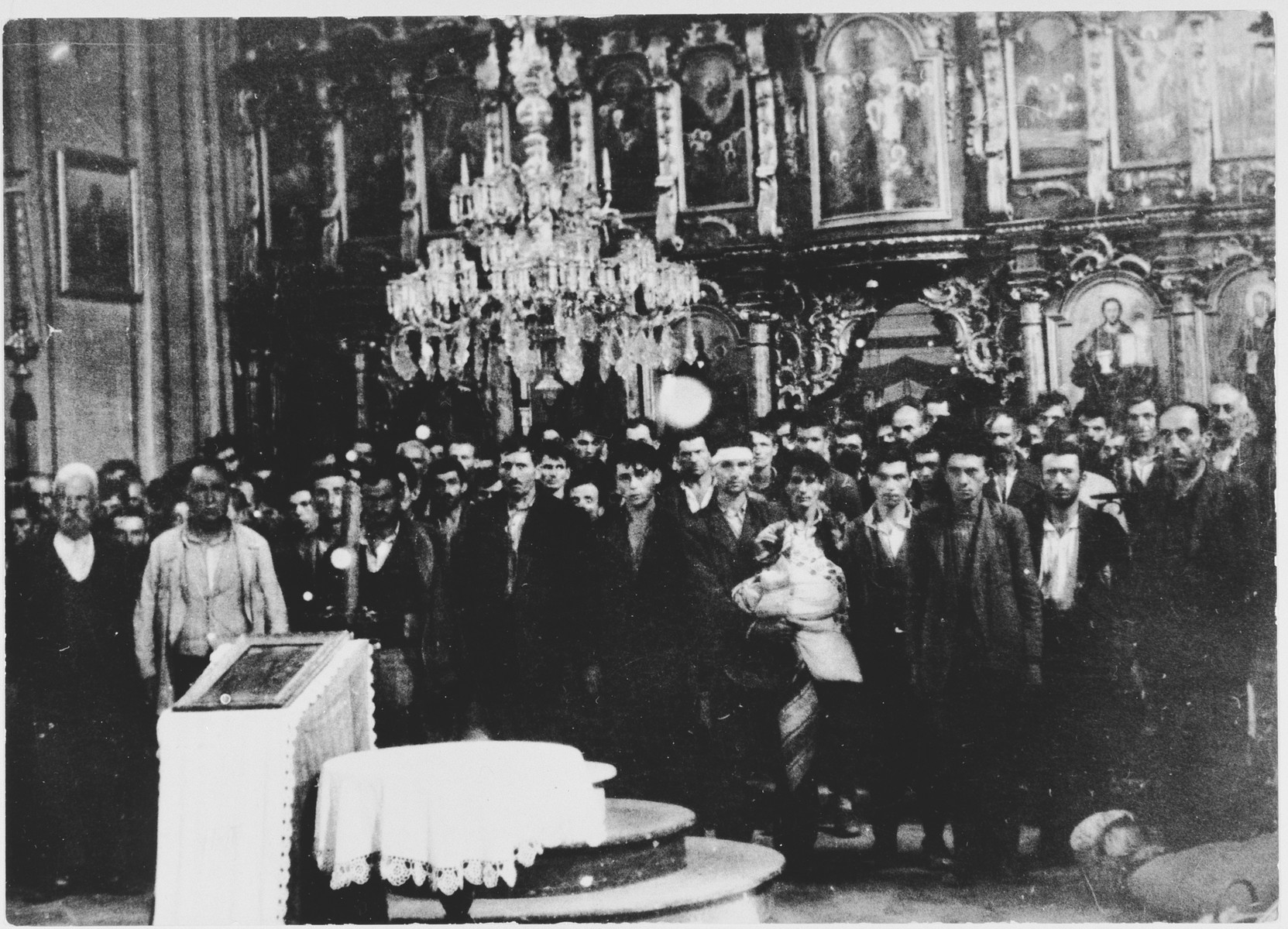 Serbian civilians who are being forced to convert to Catholicism by the Ustasa regime stand in front of a baptismal font in a church in Glina.

More than 1200 Serbs from Glina were forced to convert. They were later slaughtered in the same church where they were converted.

Event History
During the summer of 1941 the government of the new Independent State of Croatia decreed that the Serbian Orthodox religion would cease to exist within its borders. In June, the Ustasa created an Office of Religious Affairs under the leadership of Archbishop Alojzije Stepinac, to handle the conversion of Serbs to Catholicism. Across Croatia priests were instructed to inform the Serbian population that they must choose between conversion and death. Children, especially orphans, were targeted for conversion. By May 1944 Stepinac could boast of the conversion of 244,000 Orthodox Serbs in a letter to the Vatican. The Ustasa kept good records of the conversions. Each Catholic diocese published weekly reports of new conversions. Dozens of these forced conversions were filmed for Croatian newsreels.

[Source: Lituchy, Barry, "What Is The Vatican Hiding? The Vatican's Complicity in Genocide in
Fascist Croatia: The Suppressed Chapter of Holocaust History,"