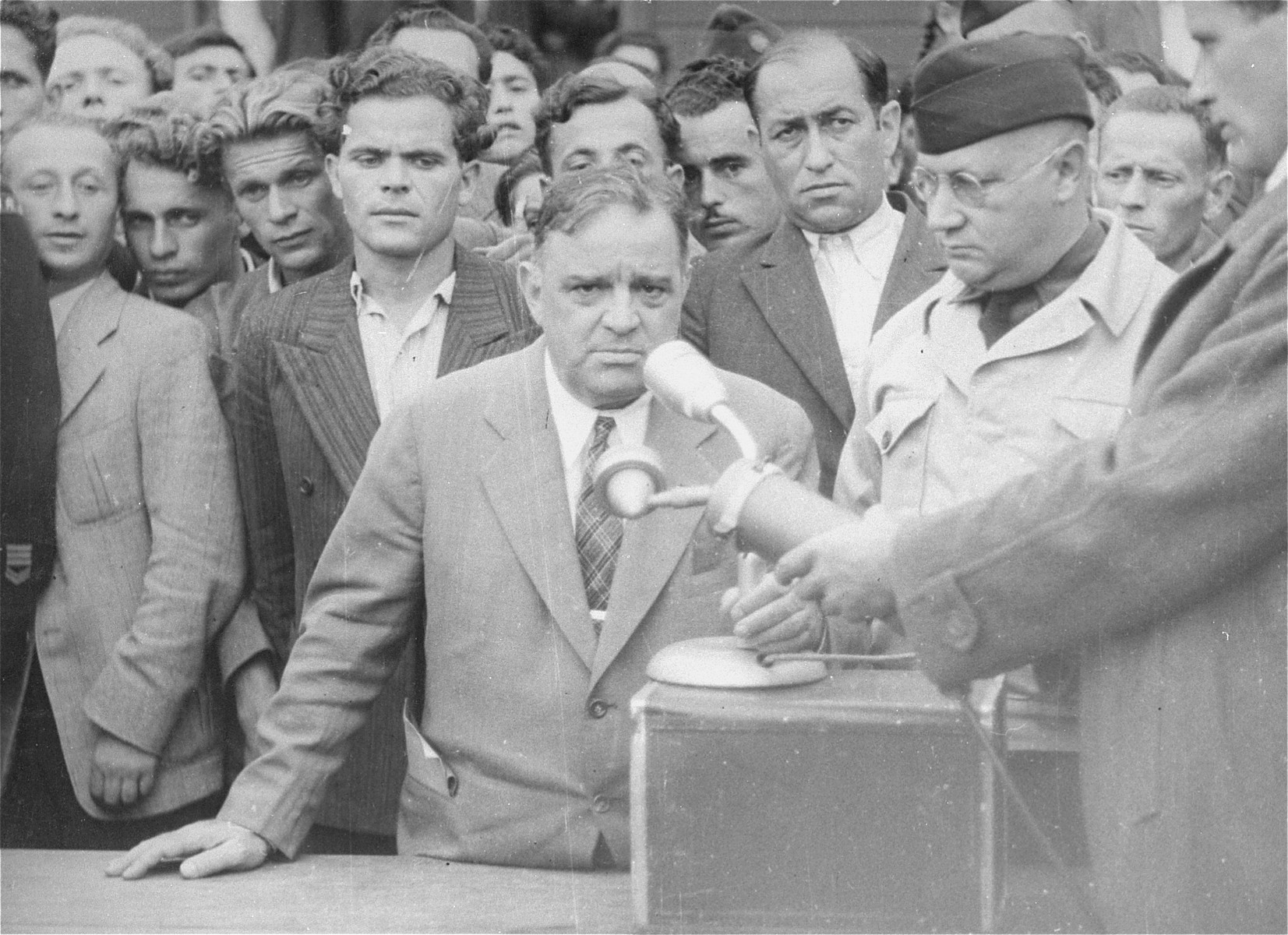 Also pictured is UNRRA Schlachtensee camp director Harold Fishbein (standing next to LaGuardia on the right).