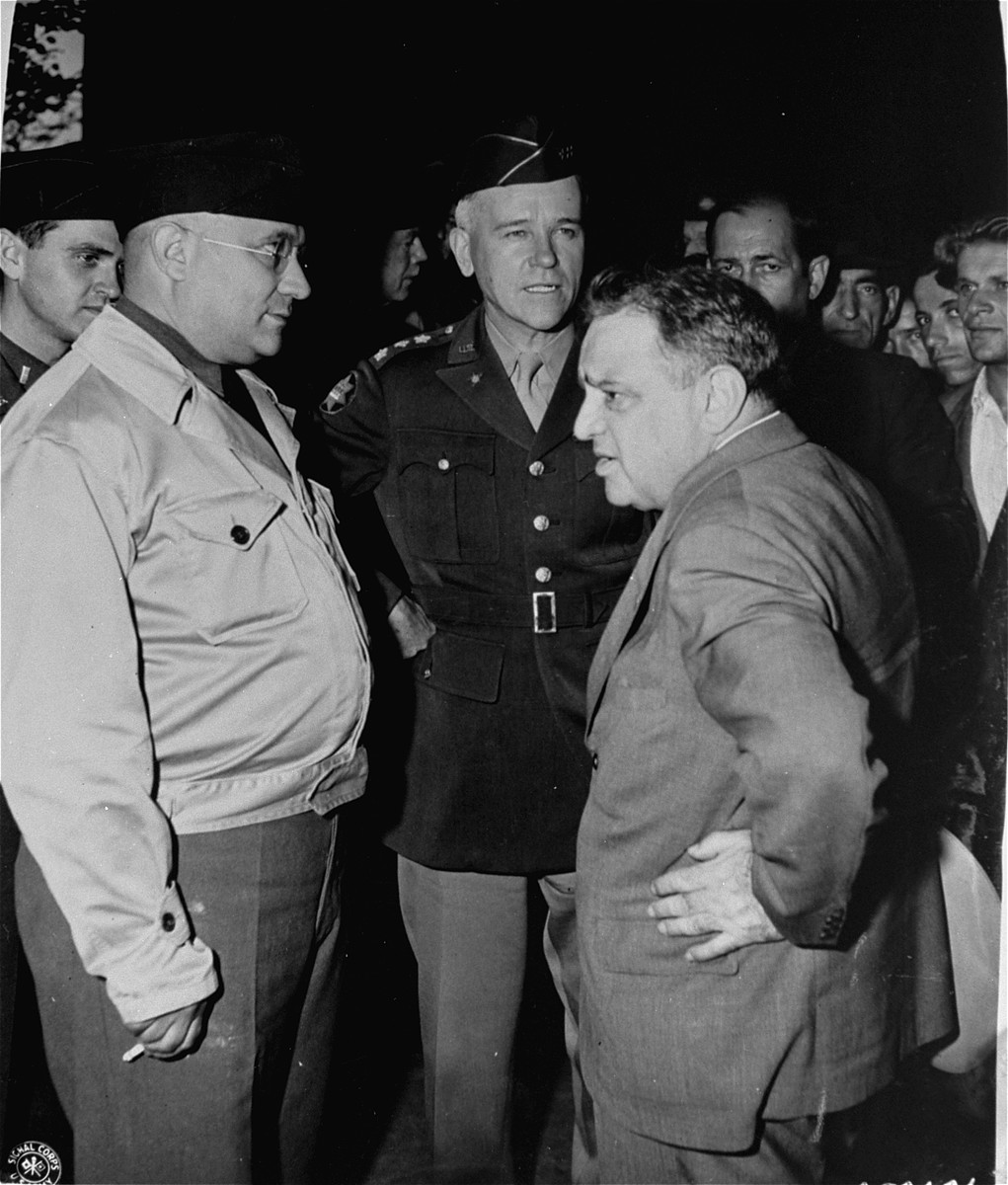 Also pictured in partially obscured on the left is Rabbi Mayer Abramowitz.