UNRRA Director General Fiorello LaGuardia converses with an unidentified official during a visit to the Neu Freimann displaced persons camp. 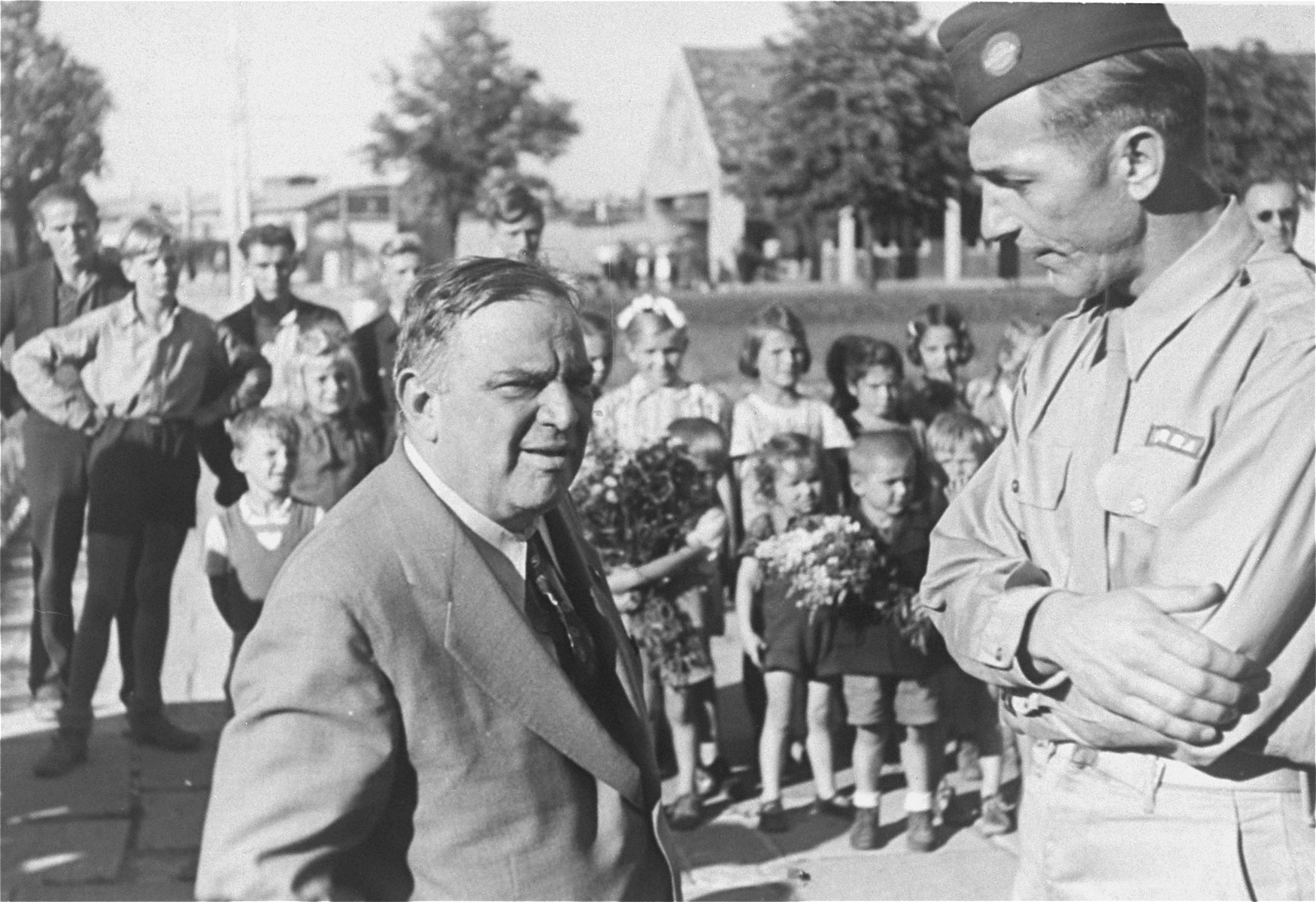 UNRRA Director General Fiorello LaGuardia converses with an unidentified official during a visit to the Neu Freimann displaced persons camp.

In the background a group of children stand in formation.