A group of young DPs from Cremona on an UNRRA-sponsored trip to Selvino, Italy, in the Italian Alps. 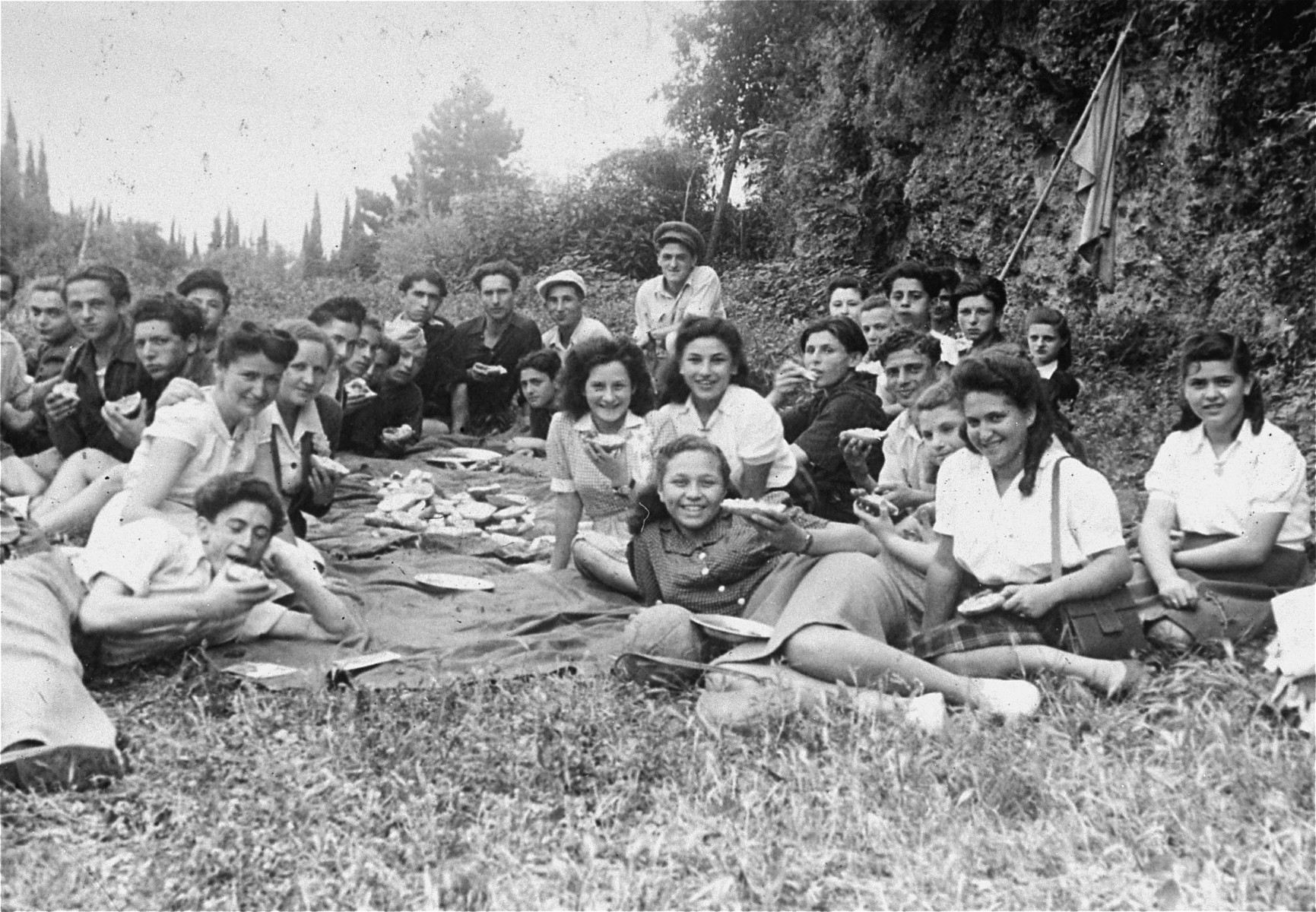 A group of young DPs from Cremona on an UNRRA-sponsored trip to Selvino, Italy, in the Italian Alps.

Among those pictured is Ernest Schnittlinger (far left, in the back).

Biography
Seymour Kaftan (born Szepsel Kaftansk) is the son of Gershon and Sara Liba (Rudomin) Kaftanski. He was born in 1926 in Vilna, where his father was a tailor. Szepsel had a younger sister, Lea. In 1941 the Kaftanski family was forced to move into the Vilna ghetto. When the ghetto was liquidated in September 1943, Gershon was sent to the Vaivara concentration camp in Estonia, where he perished. Szepsel went into hiding with his mother and sister in the basement of the home of Jacob Gens, a former chairman of the Judenrat. They remained there from September through November 1943, when they were discovered by the SS and their collaborators. They were sent to Ponary, where Szepsel's mother and sister were killed. Szepsel was taken to the HKP labor camp to repair trucks for the German army in an auto machine shop. When the Russian army broke through German lines in July 1944, Szepsel and several others removed their yellow stars, sneaked out of the barracks, and hid in a ditch overnight. The next day, Szepsel left the group and hid alone in a cornfield. He came out of hiding when Russian troops liberated Vilna on July 13, 1944. After spending ten months in Vilna, he arranged to leave for Palestine with a group of former partisans. Claiming to be Greeks just liberated from the camps, they jumped a train and traveled through Czechoslovakia to Romania, Hungary, and Italy. Most of the group was recruited by the Hagana and continued on to Palestine, but Szepsel remained in Italy. He settled in the displaced persons camp in Cremona, where he stayed until he immigrated to the U.S. in March 1948. Szepsel settled in New York.