Group portrait of Jewish youth in a soccer team in Berlin. 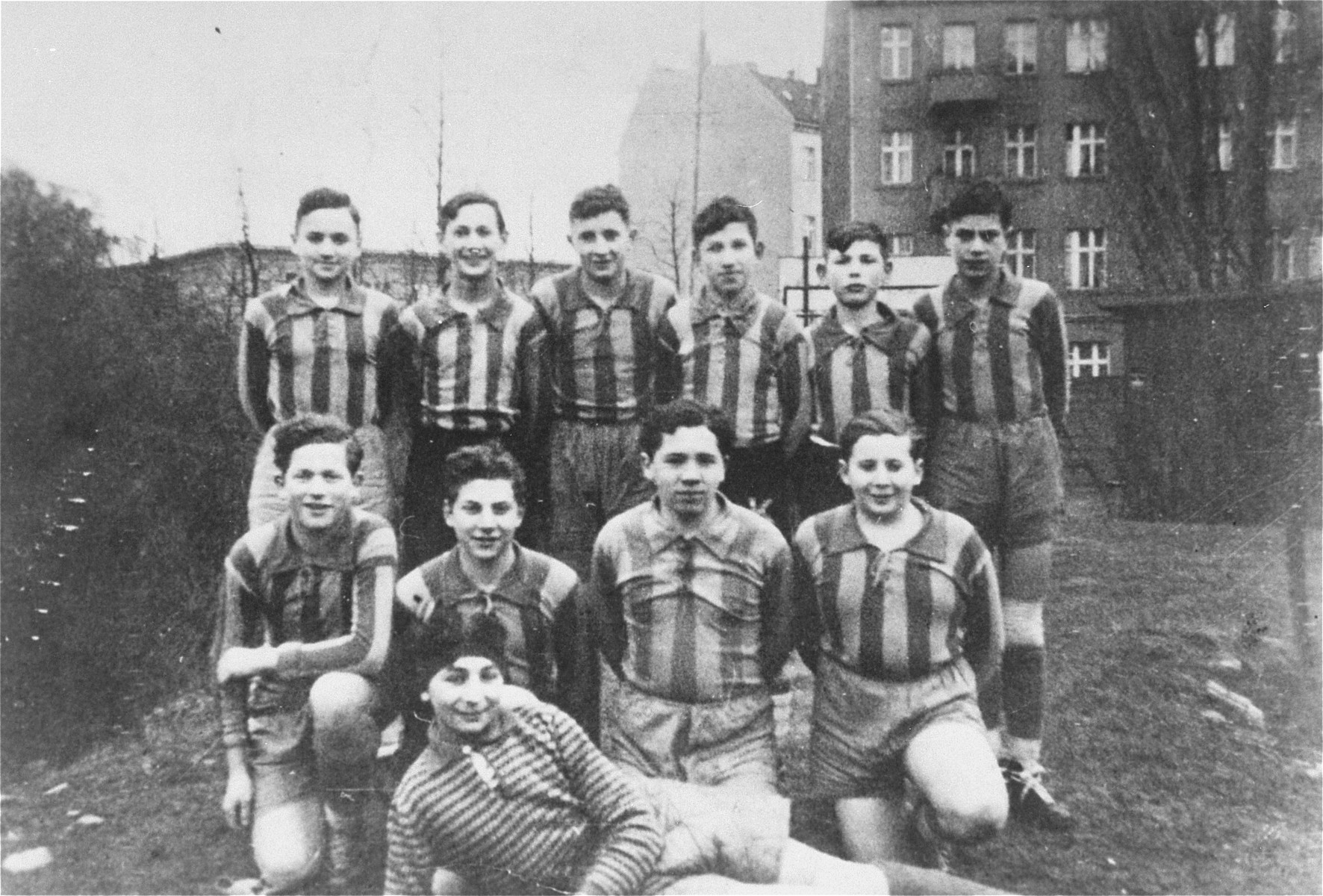 Group portrait of Jewish youth in a soccer team in Berlin.

Aron Sussmann (the captain) is standing third from the right,.