Portrait of a Jewish couple on their honeymoon in Venice. 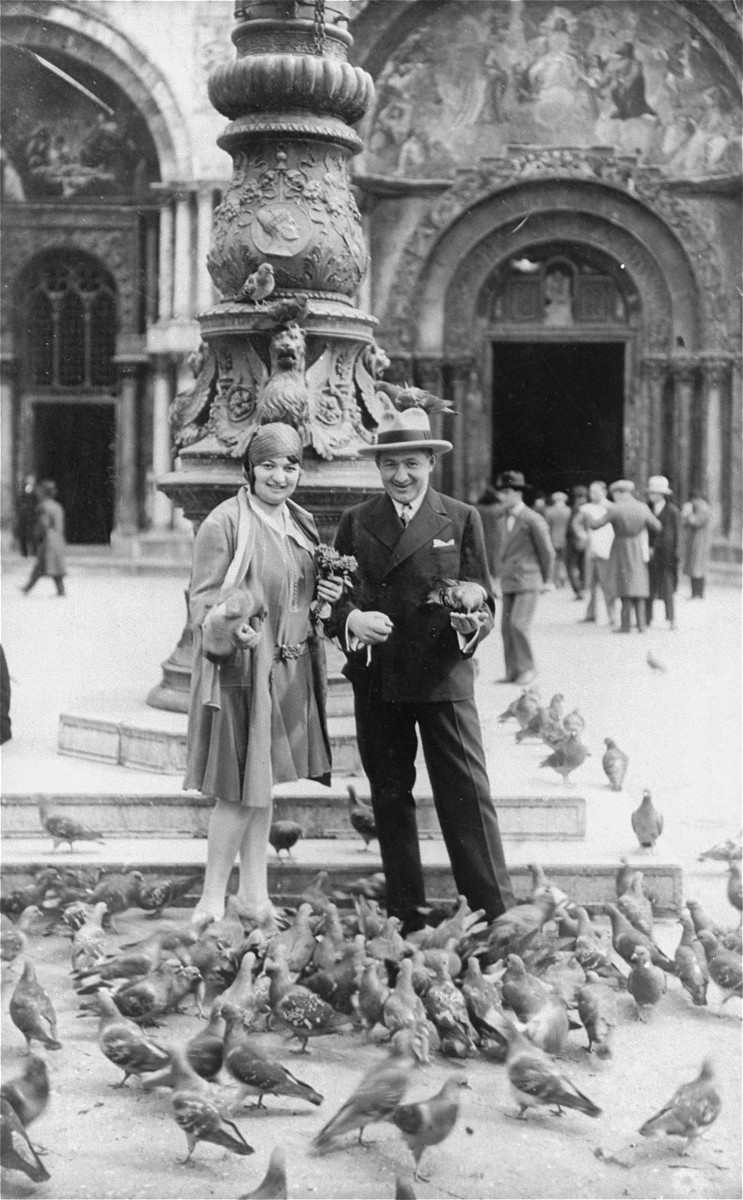 Portrait of a Jewish couple on their honeymoon in Venice.

Pictured are Magda and Nandor Muller from Hlohovec, Czechoslovakia.