German police stand guard over Jewish hostages assembled on the old market square of Olkusz during a reprisal action. 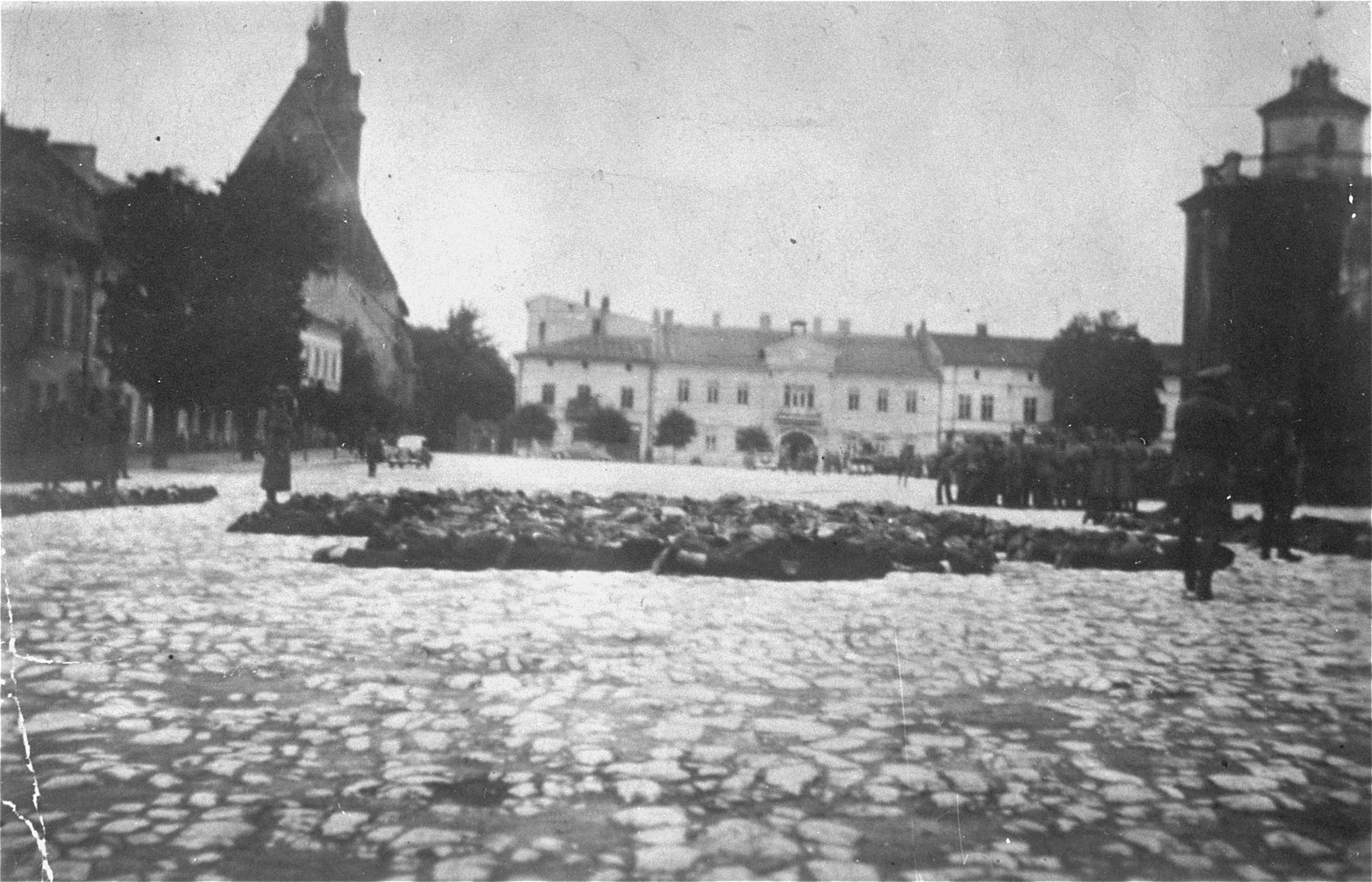 German police stand guard over Jewish hostages assembled on the old market square of Olkusz during a reprisal action.

Event History
"Bloody Wednesday" was the reprisal action in Olkusz initiated by German police units in response to the shooting of the German police officer Ernest Kaddatz by an unknown assailant on July 16, 1940. On the night of July 30, 1940, SD and police units converged on the city of Olkusz and systematically rounded-up all Jewish males in the city aged roughly from 14 to 55 years old. Those arrested were collected at three points in the city: on the Czarna Gora green, at the local power plant, and in the old market square. They were made to lie face down for hours with their hands tied behind their backs and were beaten mercilessly by the arresting Germans until around 3 p.m. when they were all released, with the exception of 21 Jewish men who were publicly executed. According to Ernst Klee, units of the Wehrmacht also participated in the reprisal. However, no German regular army soldiers appear in any of the photographs held by the Museum.