Three teenage girls pose in the grass at the Bergen-Belsen displaced persons camp. 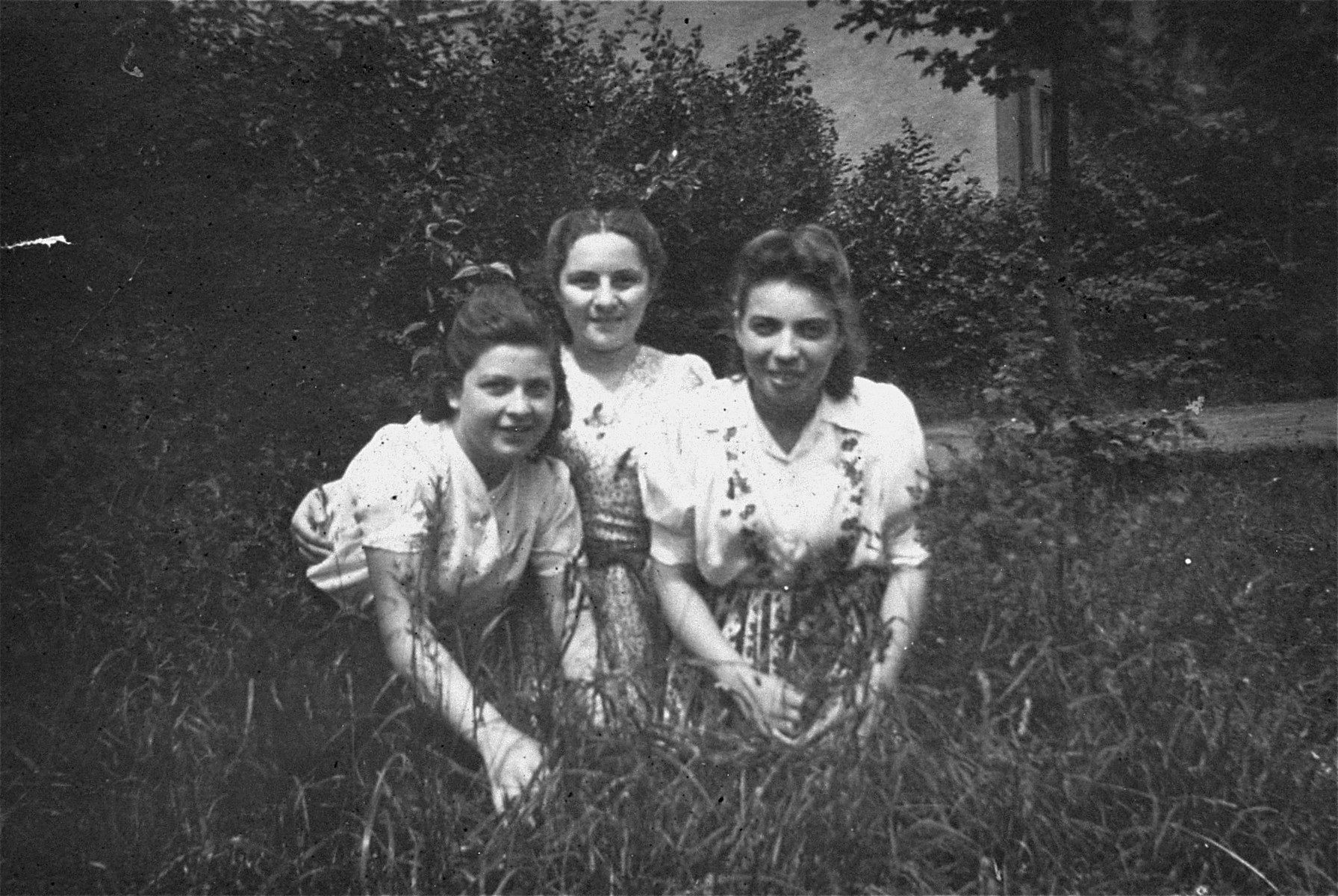 Three teenage girls pose in the grass at the Bergen-Belsen displaced persons camp.

Pictured on the left is Rozia Merin.