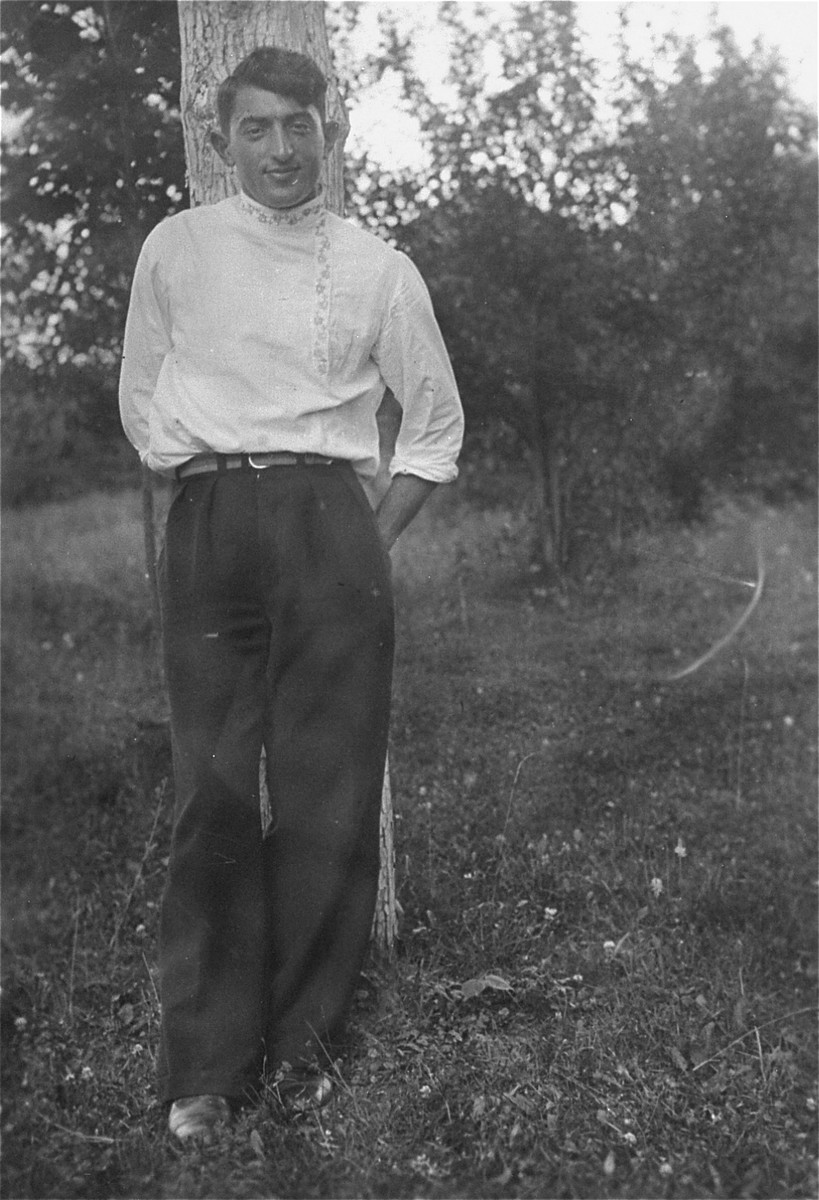 The photograph is inscribed in Hebrew: "Examine this picture and recognize that this is your brother. A souvenir for you, my brother, Eliezer, from your brother, Moshe."