Hadasa Werdygier poses with a group of Italian Jews in La Spezia. 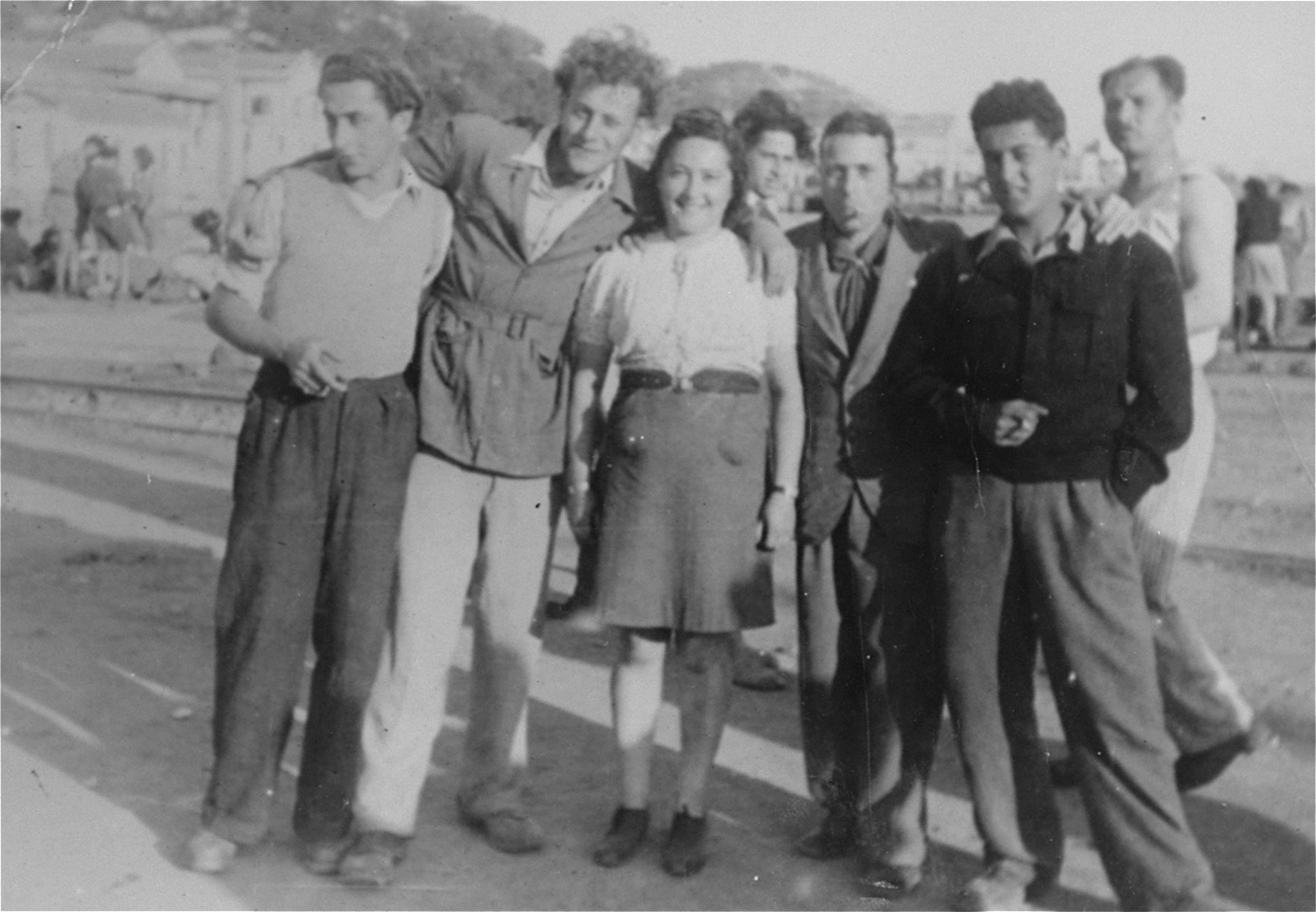 Hadasa Werdygier poses with a group of Italian Jews in La Spezia.

The Italians are there to show support for the journey of the Eliahu Golomb to Palestine.

https://www.ushmm.org/wlc/en/article.php?ModuleId=10005462. https://www.ushmm.org/wlc/en/article.php?ModuleId=10005776.
Biography
Hadasa (Dasha) Werdygier is the daughter of Mosze and Telca Werdygier. She was born June 16, 1925 in Bedzin, Poland, where her father taught at an Agudat Yisrael yeshiva, and her mother sold textiles. She had four siblings: Srul Szmil (b. 1916), Lejbl (b. 1918), Szlojme (b. 1920) and Chana (b. 1921). During the German occupation of Poland Hadasa and her family were confined to the Bedzin ghetto. In November 1942, Hadasa was sent to the Blechhammer labor camp, and later to the Schatzlar camp in Czechoslovakia, where she was liberated by the Soviets on May 8, 1945. Soon after the liberation Hadasa was reunited with her sister, Chana, and learned that the rest of her immediate family had perished in Auschwitz. The sisters then decided to leave Poland for the West. They eventually reached Austria and settled in the Salzburg displaced persons camp. In the spring of 1946 Hadasa immigrated to Palestine aboard the Dov Hos refugee ship. Soon after her arrival she met Benjamin Rittenberg, an American Jew, and the following summer moved with him to the United States.