Group portrait of the kibbutz hachshara, Bemaaleh, taken on the occasion of the departure of one of its members. 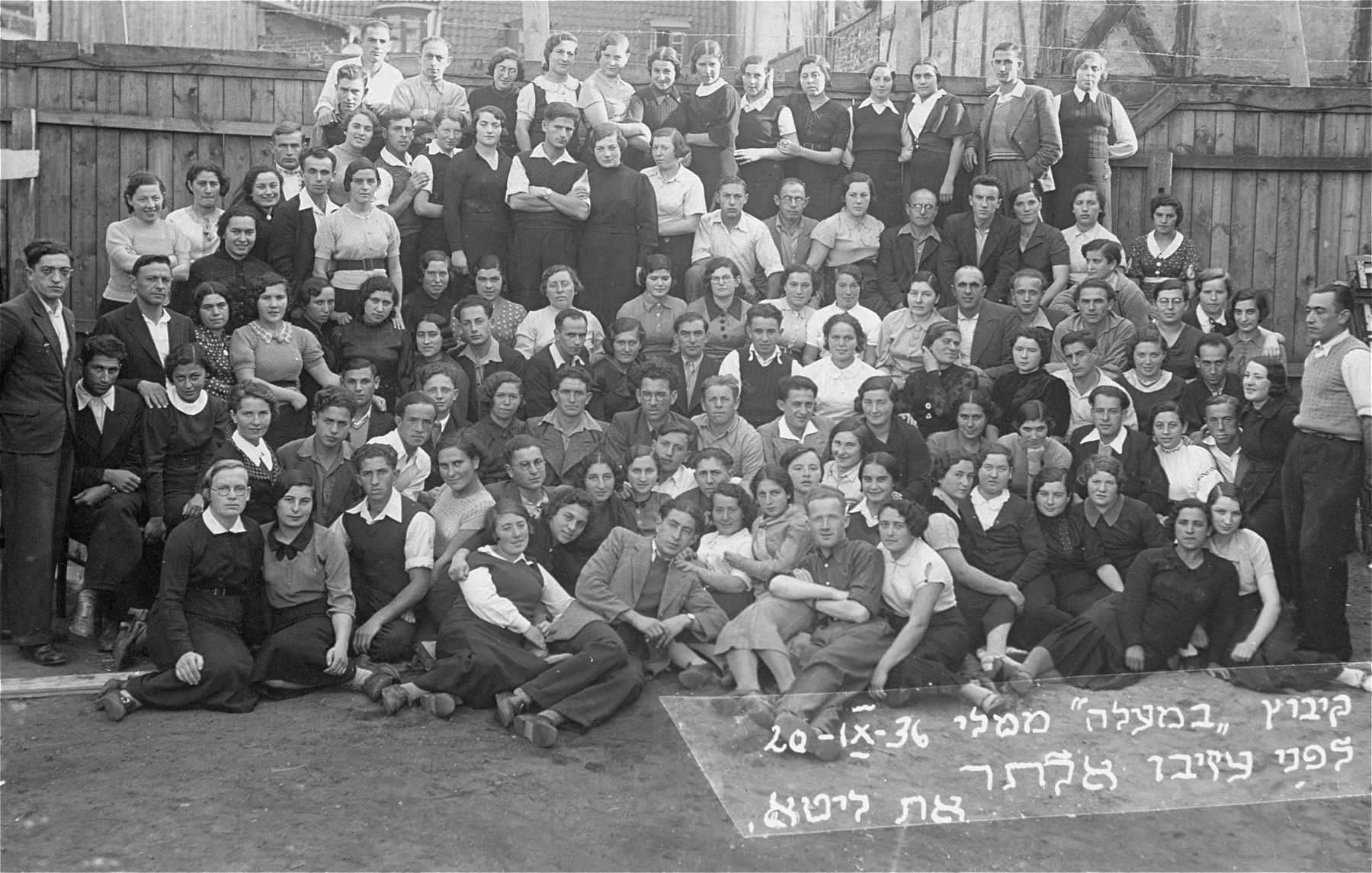 Group portrait of the kibbutz hachshara, Bemaaleh, taken on the occasion of the departure of one of its members.

Pictured at the far left is Eliezer Kaplan, the donor's father.

Biography
Haviva Kaplan is the only child of Eliezer and Chaya (Gar) Kaplan. She was born in the Bronx, New York on December 30, 1940, one year after her father left his native Lithuania at the beginning of World War II. Her mother, Chaya, from Kron, Lithuania, first came to the U.S. in 1930. Following the death of her first husband in 1938, she returned to her parents' home for an extended visit, where she met and married Eliezer Kaplan (Lazarus Kaplanas). Travelling on a temporary American visa, Chaya had to return alone to New York soon after their wedding. It took her over a year to secure a visa for her husband to join her in the U.S. Thus it was not until December 1939 that Eliezer arrived in New York. In his native city of Kovno, Eliezer trained to be a bookkeeper, but the main focus of his life was his involvement in the Zionist movement. He belonged to a number of hachsharot, served as a Zionist educator, and was a member of the Maccabi soccer team. In his private life he pursued his many intellectual interests, especially the study of Hebrew and the writing of poetry. After immigrating to America the Kaplans made a living by running a confectionery shop in New York City.